Home Brokers Admiral Markets The Afternoon Overview Of The Market – Get Ready For Regular Interest... 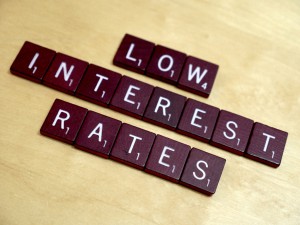 Light Monday macroeconomic calendar did not surprise us with anything special in the afternoon. Only at 15:00 we heard E.Rosengren from the FOMC, which promises regular increases of federal funds rate in the near future. At 18h45 (GMT+1) spoke also another member of the Commission, Lockhart.

In the industry happened a lot – below highlights of today

January 9 has been dominated by weakening of the US dollar – for some pairs extremely visible – and a lot of business-relevant information for the sector FX/CFD. More highlights:

The gradual and regular increases in interest rates granted by Fed

As stated at the beginning, Eric Rosengren of the FOMC had his speech at 15:00 (GMT+1). Although this year he has no right to vote in the Commission – and does not have directly influence on the monetary policy of the US – this is another official who confirmed that the US was in a state of full employment:

Fed’s Lockhart was on the same position while his speech at 18:45. He forecasts two hikes in 2017,maybe we could see three.

During Monday’s session, USD/JPY was losing up to 140 pips – at this moment at level of daily Pivot and 38.2% abolition of declines from last week are drawn two pin bars, which may suggest a try to rebound in favor of the USD:

During the question and answer session Rosengren said that despite the positive attitude to increase, it is still too early to talk about specific dates for the current year. The exact schedule will depend on macroeconomic data and fiscal state of the economy

On Monday, AUD/USD is gaining and after ending Friday’s correction, returns to  appreciation started on the beginning of the year. For bullish movement could be continued, it will be necessary that daily closing is above 0.73500 and intraday highs from 5-6 January:

During the session on Tuesday, January 10, most of the relevant macro data will appear in the night – this refers to the CPI and PPI readings for December in China. At the start of the European morning, we will further know value of unemployment in Switzerland, further data at 14:15 – housing starts and building permits in Canada: 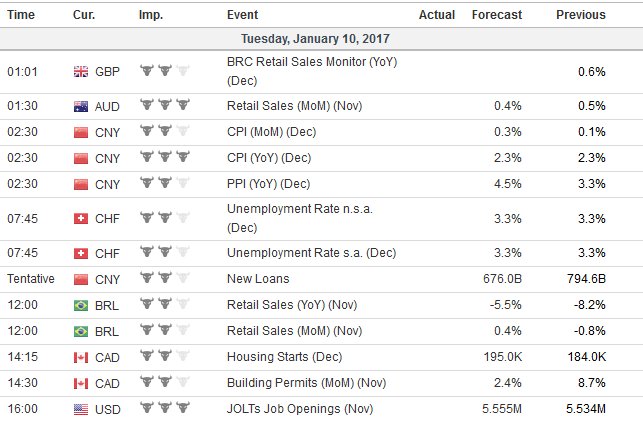