Home Analysis Analysis for Newbies: USDCHF – Inside Bar on a Weekly Chart

In the long term, the USDCHF currency pair is trapped in the range between support 0.9440 and resistance near 1.0330. The bearish movement this year lead the price from resistance to support. However, as you can see, this trend was stopped in October, when the downward trend line was broken.

At the end of November, the aforementioned trend line was tested as new support, and additionally coincides with horizontal support close to 0.9770. As a result of a positive test, there was a rebound from the support that still applies.

Last week can be considered as a break in the upward movement after the rebound, since the quotations were moving within the range of trade that was in force a week earlier. This led to the formation of the inside bar.

If the quotations are to continue to move in a wide range, it is expected to break the top of the formation of the inside bar and move towards the key resistance at 1.0330. On the other hand, in the case of a breakout to south, the sellers will have to deal with horizontal support at 0.9770. 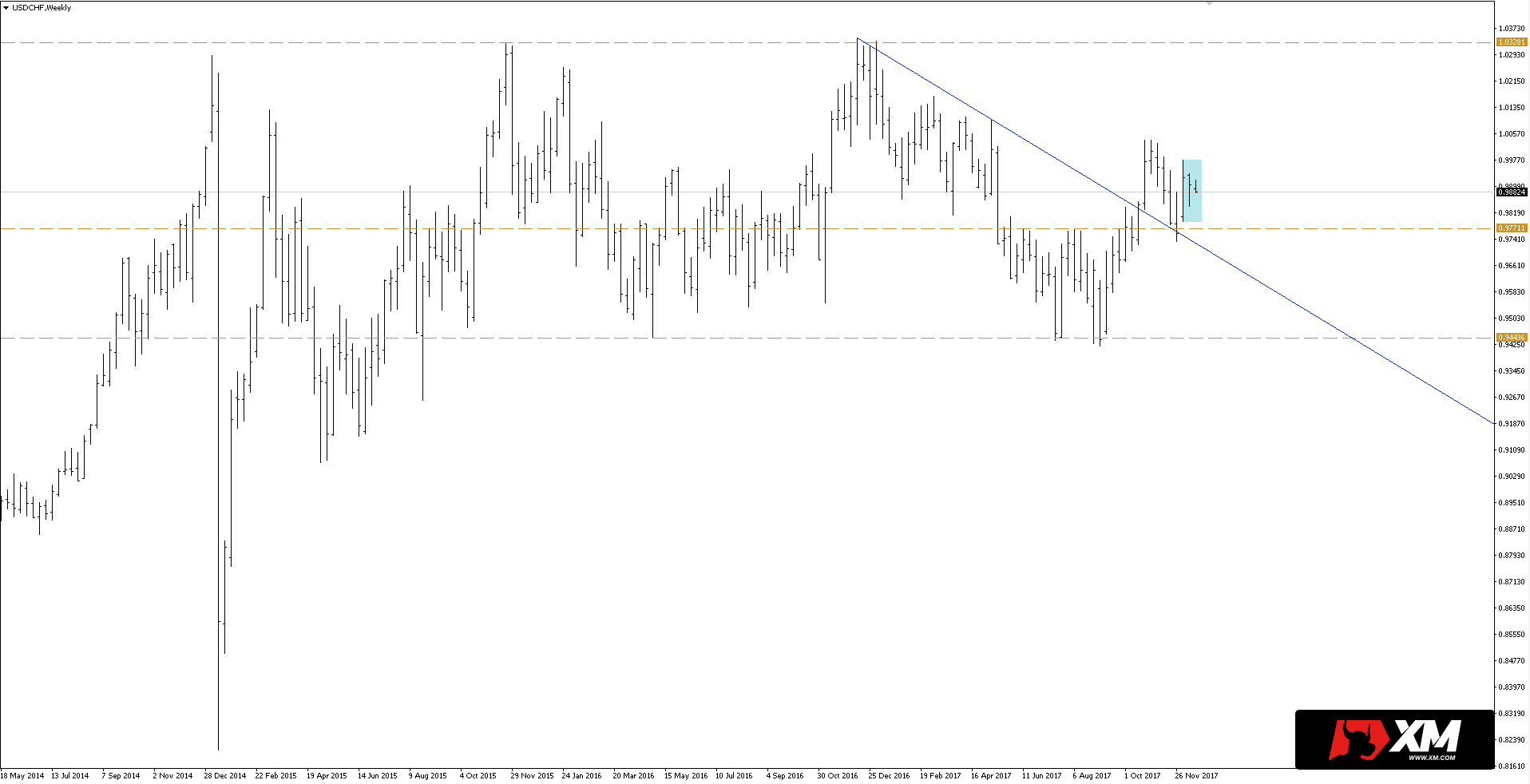