Last week the formation of the inside bar was formed on the AUDNZD which I mentioned in the analysis from the previous week: “The rebound from resistance at 1.1137 has pushed the price to the dynamic support of the EMA 10/20 channel. It was there in the last days that the formation of the inside bar formed, where the quotations from the two previous days are included in the range of the Tuesday’s session. ”

As can be seen in the daily chart below, on Wednesday there was a breakout thru the bottom from the inside bar, and the price also tested horizontal support at 1.0960. Yesterday, in turn, the sellers have defeated both the horizontal support and the accelerated upward trend line. 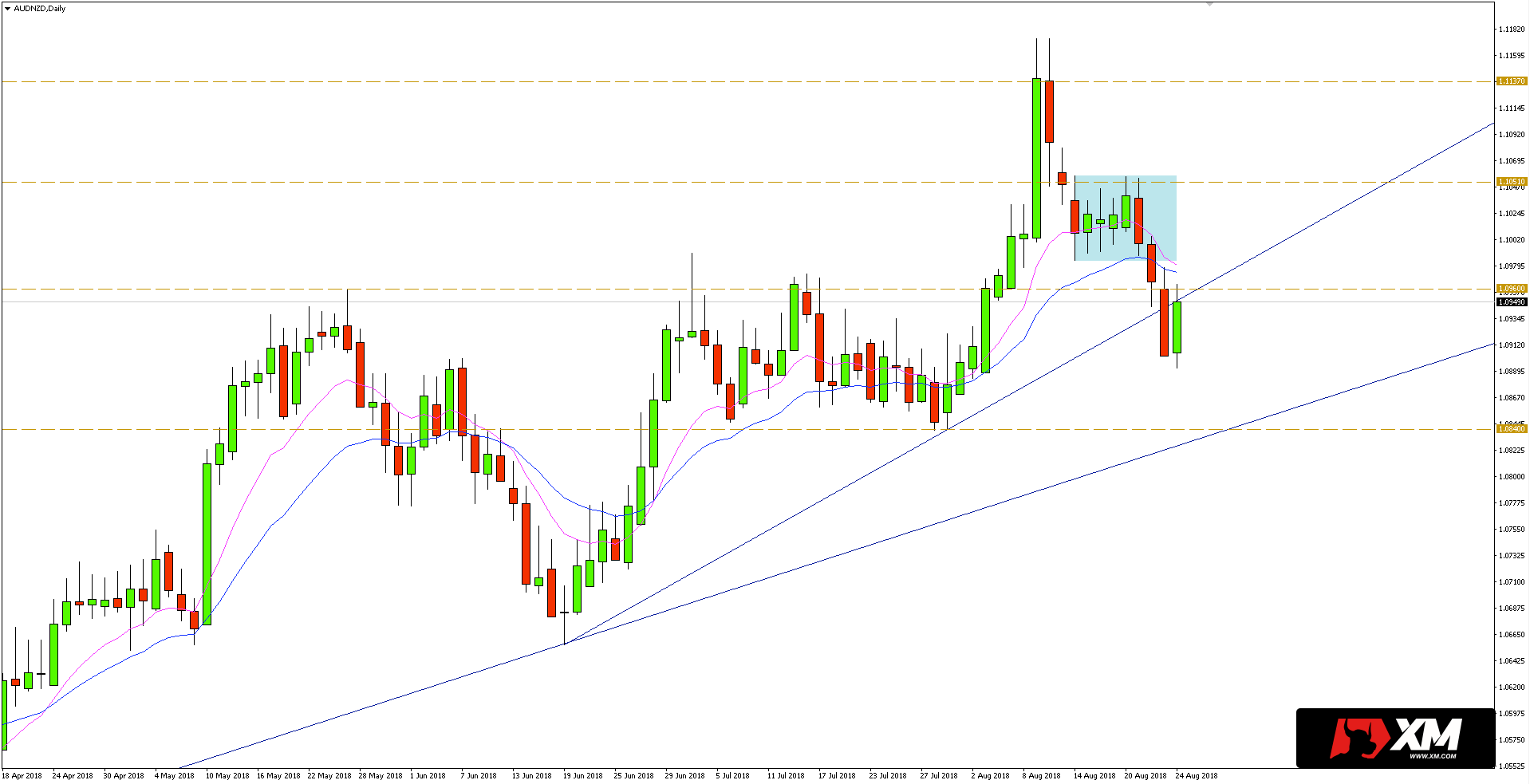 The wider upward trend is still in force, and yesterday’s break only means its slowdown. If the current test of the new resistance zone proves to be positive, the price may continue move to the area, where horizontal support close to 1.0960 coincides with the trend line running from this year’s lows.