The CADCHF moves in a downward trend, where the highs and lows form at lower and lower levels. As can be seen in the daily chart below, the rate after breaking the support within 0.7520 set the low near 0.7313.

Then the correction of the dynamic decline started, which leads the price back to the previous support at 0.7520, now acting as a resistance. 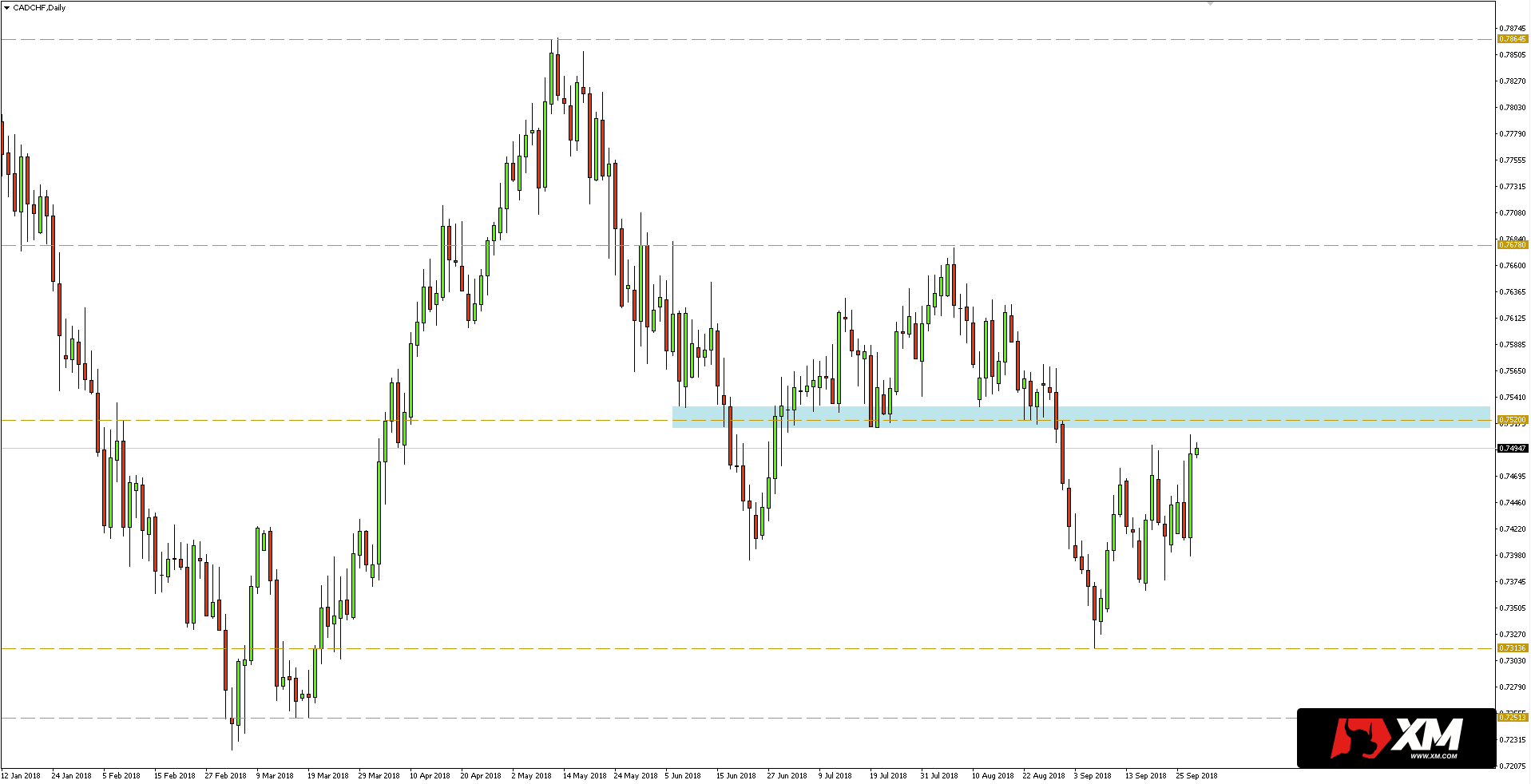 The aforementioned correction is better visible on the 4-hour chart, where it took the form of a growth channel. During yesterday’s session, we were witnessing another rebound from the lower channel constraint. Now the price seems to be heading to the resistance confluence zone, where the upper band of the channel coincides with the horizontal resistance. 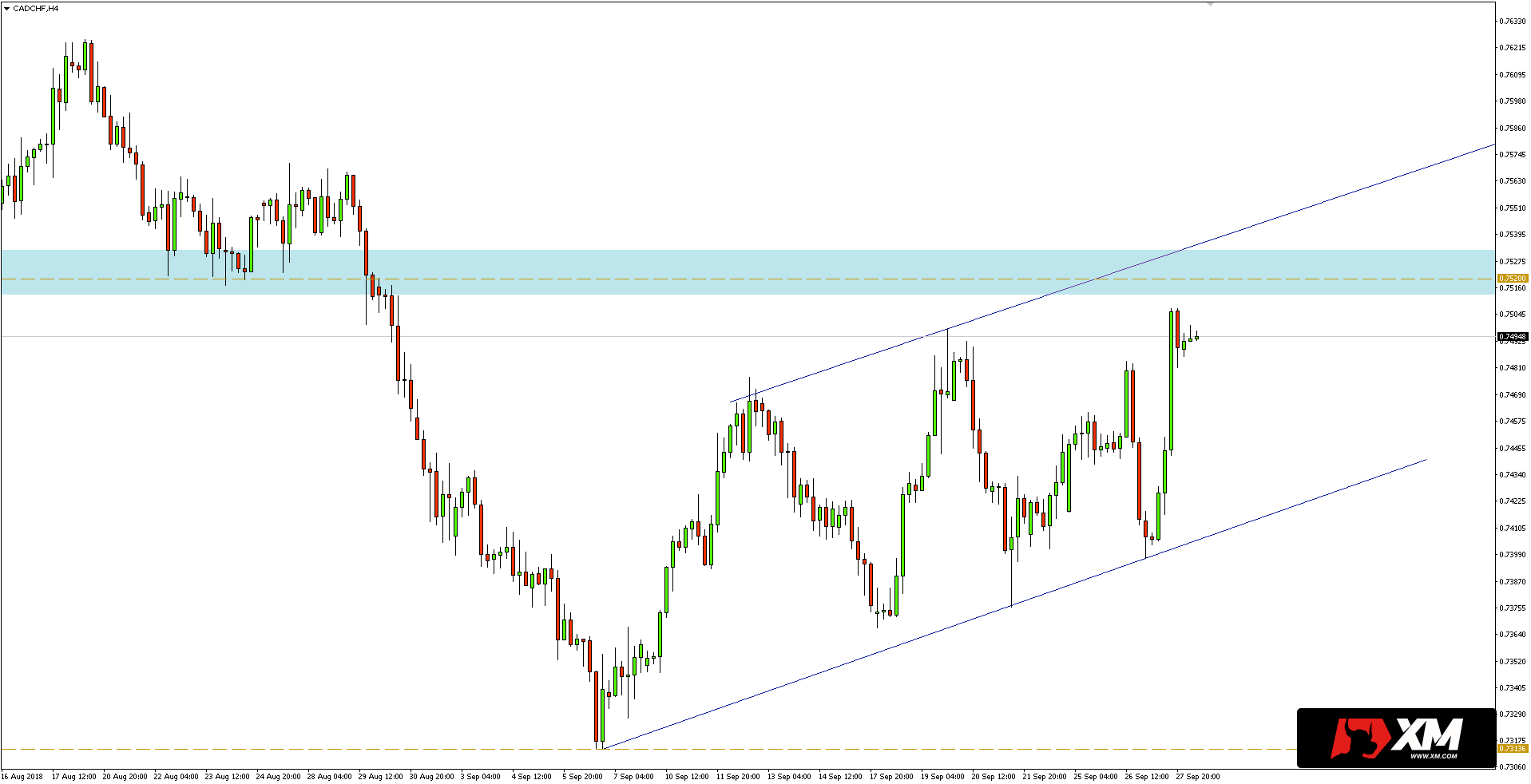 If the confluence of resistance stops buyers from further expansion, one can expect a rebound and thus a continuation of moves in the growth channel. On the other hand, we expect the return to the downward trend only after successful breaking of the technical formation.