Home Analysis Analysis for Newbies: EURJPY – a chance for a 130-pips increase –...

The EURJPY currency pair is moving in an upward trend. However, recently price have encountered a key resistance around 133.00 /10.
As can be seen in the 4-hour chart below, there has been enough offers on this resistance to push the course to support at 130.80. In addition, the downward correction took the form of a channel.Currently, after rebound from the horizontal support at 130.80, which additionally coincides with the lower channel limit, the price is close to the resistance of this formation. It is therefore important now how the price action will go.Breaking the upper band of the channel will open the way for increases to 133.10. The next key resistance is around the round level of 137.00, where this year’s maxima fall out. In turn, in the case of respecting the channel resistance, we can expect a new attack on support at 130.80. 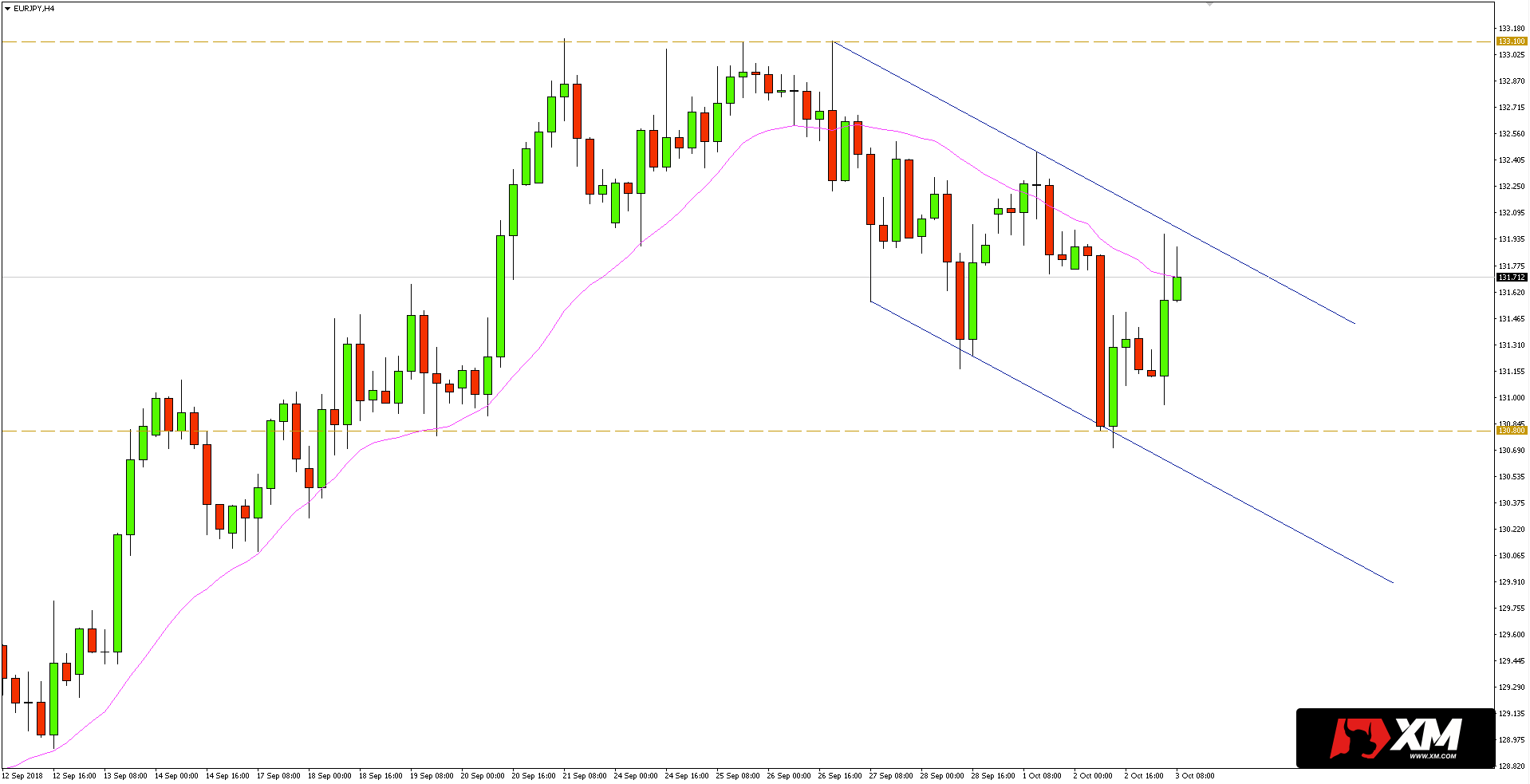