Home Analysis Analysis for Newbies: NZDCAD – breaking from the triangle as a chance...

In June 22nd this year, on the NZDCAD a strong momentum has begun, which led the pair to support at 0.8830. The correction of this decline has been ongoing since then. As we can see in the 4-hour chart below, this correction took the form of a triangle, where the price is already approaching its top. A triangle is a formation that can herald both the continuation of the preceding movement and reversal. In the first case, after breaking the support of the triangle, quotations can again go to the low at 0.8830. The next goal will be the minimum placed close to 0.8785 this year. The alternative here is breaking the top, followed by the movement towards the top of the formation at 0.8990. The key resistance, however, falls near 0.9100, where was previously the support. 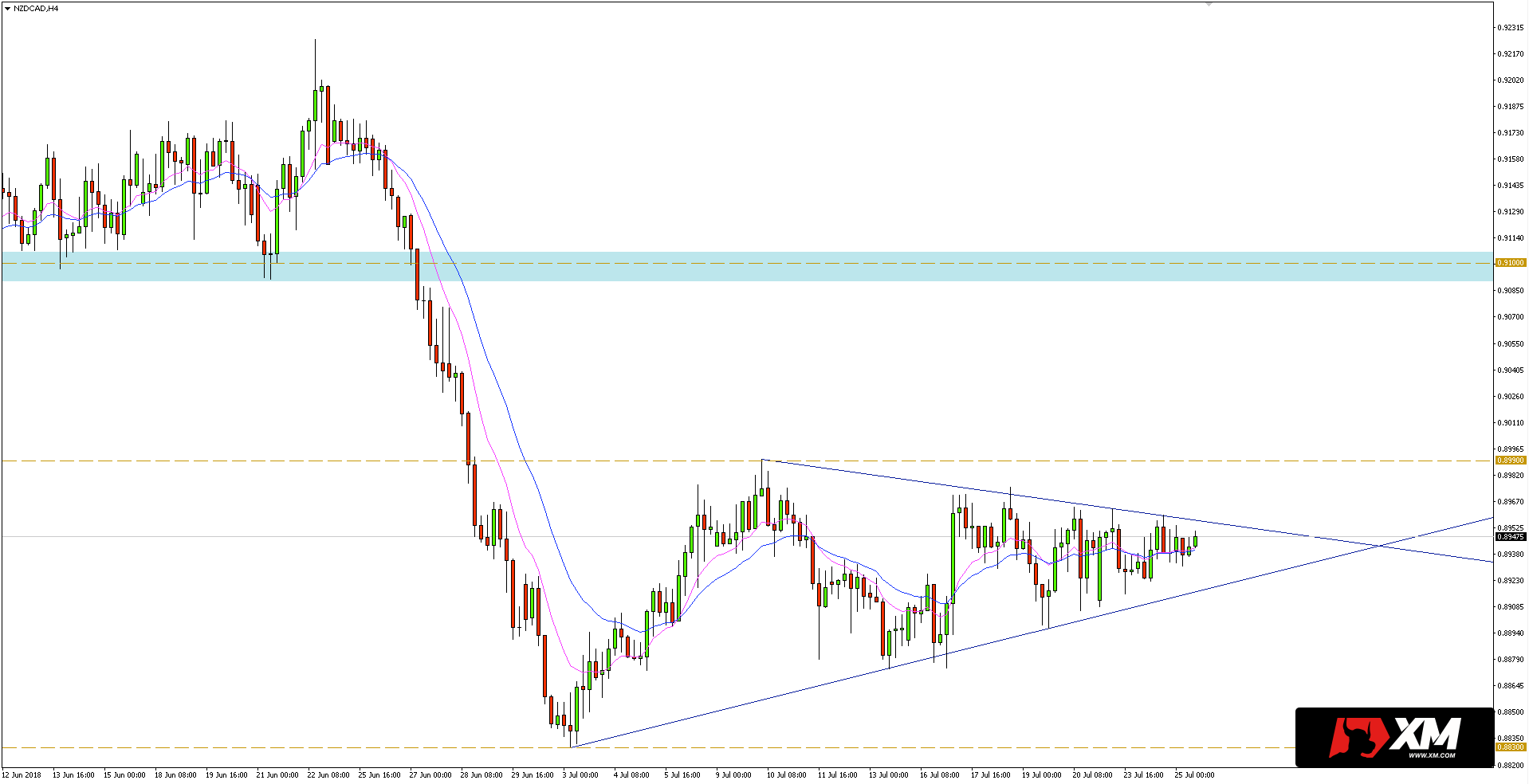