Bearish sentiment towards the USD is at a six-year extreme, according to BNP Paribas FX Positioning Analysis.

We expect Friday’s July nonfarm payroll data to show a strong 205k gain in emplyoment. However, market focus is more likely to be on wages, where our economists expect a subdued 0.2% m/m increase, which would be a year-on-year deceleration to 2.3% – the lowest level since August 2015. 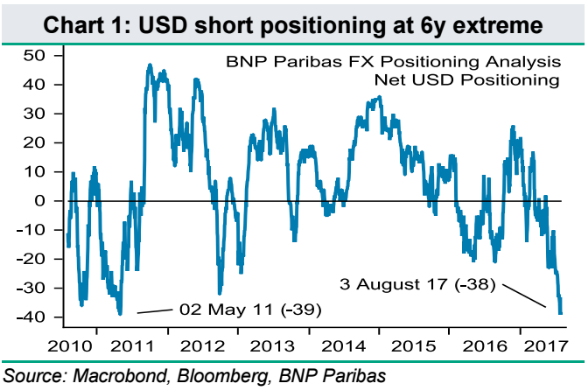 However, the USD would be likely to respond strongly to any upside surprise in the data, given that bearish USD positioning has reached a six-year extreme according to BNP Paribas FX Positioning Analysis. We have added a long USDJPY recommendation, targeting the top of the range at 115.