Disney is to acquire Fox’s movie and television studio, FX and National Geographic networks as well as international assets – including Star India’s television channels – and a 39% stake in Sky, European satellite broadcaster. In addition, Disney also gets Fox’s stake in Hulu, US video streaming provider.

Why exactly is this important?

First, the deal ends more than 50 years of media expansion by Fox owner and magnate, Rupert Murdoch. Second, there will clearly be a direct impact on Disney (#DIS) CFD price. 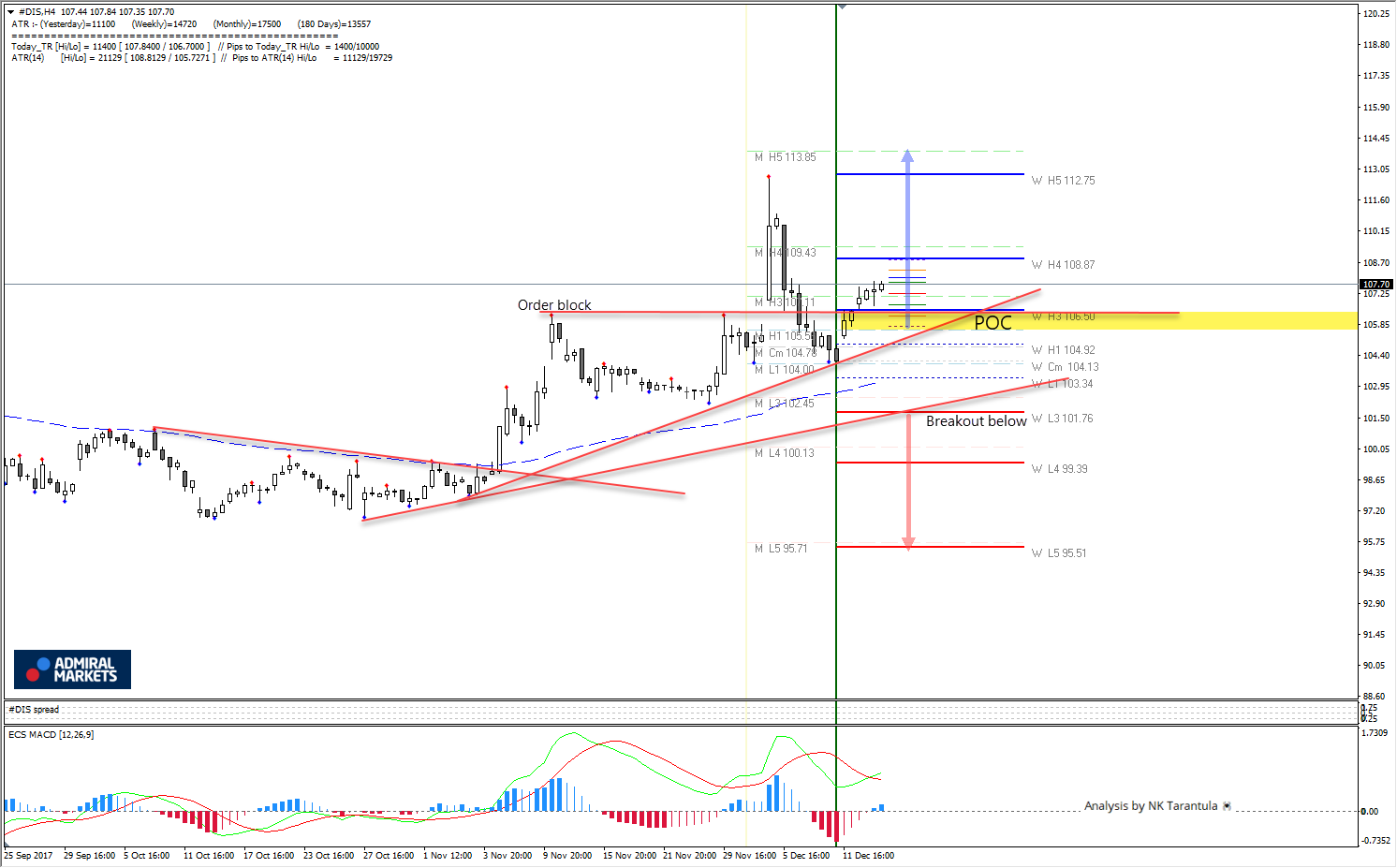 Admiral Markets gives you access to the widest selection of financial instruments, which also includes CFDs on stocks of the world’s largest corporations, such as Disney.

It is of utmost importance to keep in mind that trading involves risk and isn’t necessarily suitable for all investors. To assess your suitability, you are free to open a 100% risk-free Demo Account.

If you are a live trader or are soon to become one, we highly recommend that you download MetaTrader 5(for free). MT5 is state-of-the-art in terms of functionality. We also offer a Supreme Edition plug-in for both MetaTrader 4 and MetaTrader 5, which brings you over 60 great features for a fantastic trading experience!