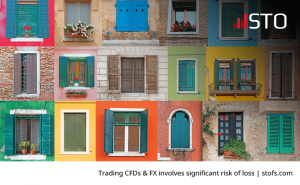 On Sunday March 4th 2018, Italian citizens will vote to choose the government for the next five years. A new electoral law that was approved by the Senate and the Chamber of Deputies in October 2017 has made difficult any prediction about the election outcome. Political analysts suggest that the most probable outcome will be a hung parliament that will force parties to start talks on forming a coalition government.

The centre-right alliance comprised by Silvio Berlusconi’s “Forza Italia” and Matteo Salvini’s “Lega Nord” (Northern League), the “Movimento Cinque Stelle” (Five Star Movement or M5S), led by Luigi Di Maio, and the “Partito Democratico” (Democratic Party or PD), led by Matteo Renzi, are the three main contenders. According to the last opinion polls published on February 16th 2018, due to a moratorium by Italian law, the Five Star Movement is ahead with 27.8% of votes as a single party. The centre-right alliance gathered 29.5% of votes and the Democratic Party 21.9%.

The Italian economy is the third largest in the eurozone after the German and the French. According to data released by the Italian National Institute of Statistics (ISTAT) in January 2018, the Italian Gross Domestic Product (GDP) grew by 1.4% during 2017. This was the fastest growth rate recorded in the last seven years. The Italian economy faced hardships by the financial crisis that swept the Euro-bloc between 2010-2014. Although the Italian economy is back on the right track, the total economy output is still 6% lower than the pre-crisis level. It should be noted that, according to Eurostat’s data released in January 2018, the Eurozone’s GDP growth rate in 2017 stood at 2.5%.

Italy is among the few OECD (Organisation for Economic Co-operation and Development) countries whose GDP has not returned to pre-crisis level yet, being second only to Greece. The current Italian Prime Minister, Paolo Gentiloni, assured leaders at the World Economic Forum in Switzerland, in January 2018, that the Italian economy has regained its growth momentum.

Trade with STO on the most active European shares

The Italian banking sector is a source of concern that weighs on the Italian economy. Economic reforms and new regulations have reduced the stock of bad loans. According to a Bloomberg report, published in December 2017, “Italian banks are still weighed down by about €324bn of non-performing loans (NPLs), the highest total in Europe.”

The status of the economy has been high on the agenda of the political parties participating in the election procedure. Silvio Berlusconi, the leader of “Forza Italia”, has promised a 23% flat tax for businesses and individuals, which is probably the most discussed proposal regarding economy in the whole pre-election campaign. The current top income tax rate in Italy stands at 47%, well-above the average rate in European Union (EU).

A report by Erste Bank, published in February 23rd 2018, said that “neither the right nor the left will probably be able to achieve the parliamentary majority necessary to form a government. We expect that the new government will not pursue a determined reform path due to political disagreements, even if such a path is urgently needed.”

Analysts at Erste Bank suggest that the high public debt and the structural deficit of 2% of GDP give small room for the new government to proceed in increasing public spending or cut taxes. In their report, they note that “given the scattered political environment, we see low probability for the implementation of decisive reforms. We are skeptical regarding Italy’s mid-term prospects for growth.”