The EURCAD exchange rate has been collapsing for two weeks and has previously tested the horizontal resistance of 1.5180. As part of the EUR/CAD falls, price have once again reached the upward trend line extended from the September 2017 low.

As can be seen in the weekly chart below, the trend line is now being tested for the third time this year. Previous tests ended with reflections, but they were getting shallower. 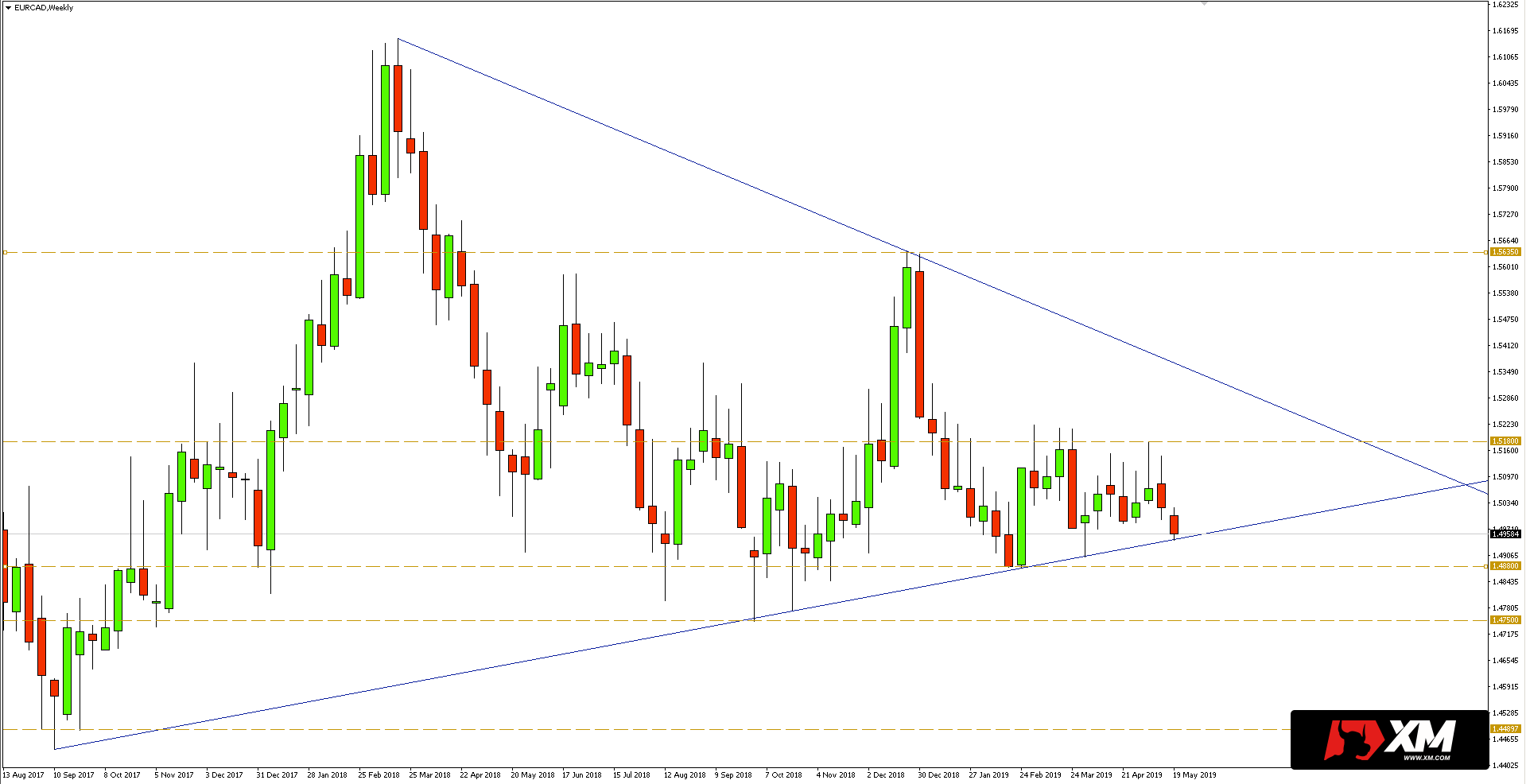 If the sellers could beat the trend line at the close of the week, the sellers would open the way to horizontal support at 1.4880, which is slightly below the trend line. The next level of defence is around last year’s minima at 1.4750. Alternatively, a further rebound from the trend line would give a chance to return to 1.5180.