EURPLN reached last week’s key resistance at 4.33. As you can see on the weekly chart below, during the week the quotes exceeded this level, however, until closing, all profits were given back, which led to the creation of a bearish pin bar which gives a potential for declines and correcting the increases from previous weeks. The main goal may be a support zone between 4.1600 – 4.1280. 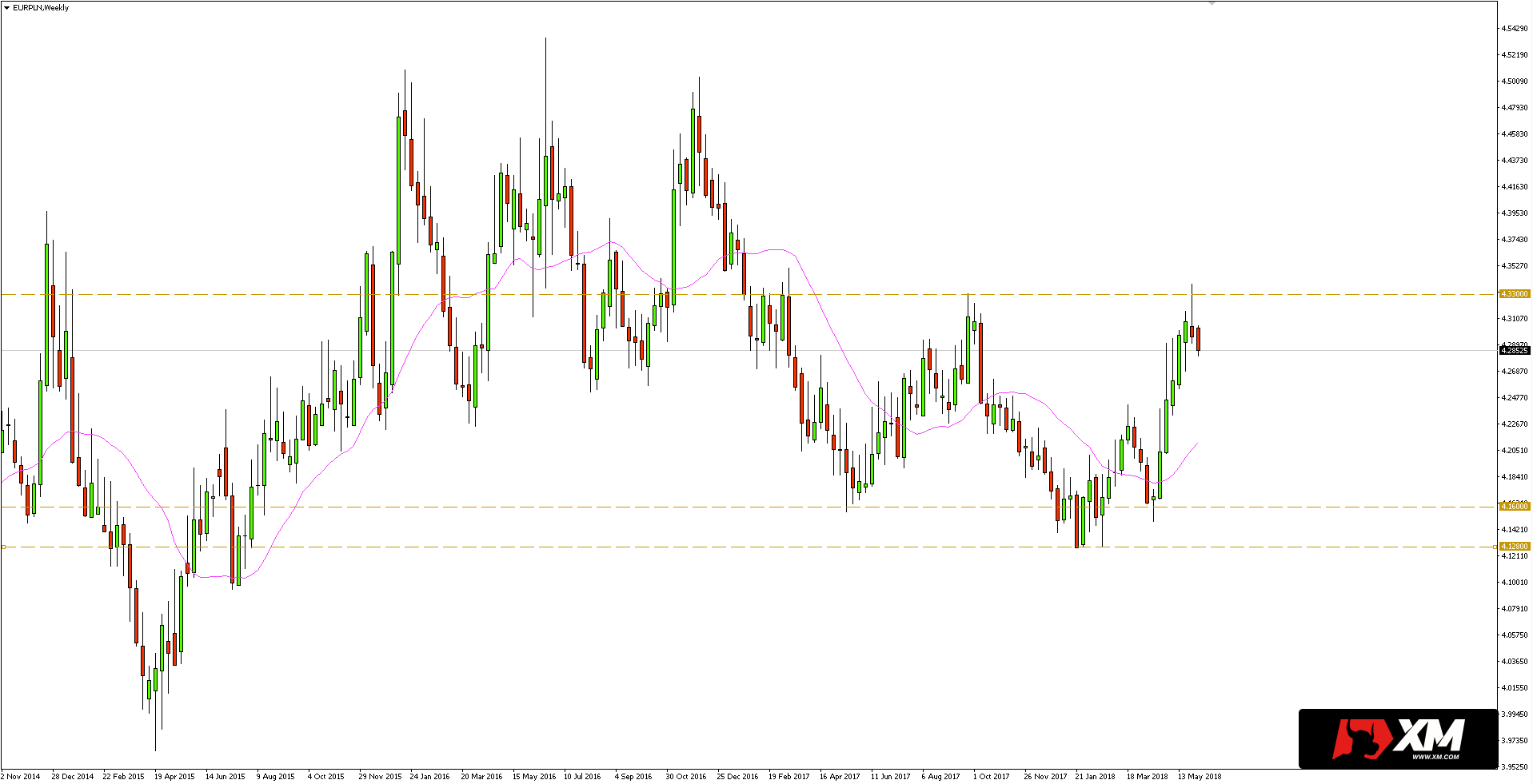 However, it is also worth taking a look at the price action at the lower interval (4H).In the 4-hour chart, the quotes broke the trend line running from the 10th of May low, which, like the pin bar, indicates a potential for reversing, even short-term. In addition to the aforementioned key support zone, traders speculating for declines in the EURPLN may target a less significant level in the vicinity of 4,360, which in April also acted as a resistance.