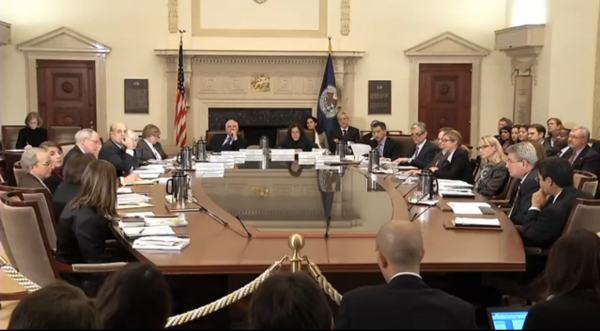 Most big banks expect that FOMC will continue to taper $10 bn lowering monthly amount of purchased assets to $65 bn. Much attention is focused on further shape of further guidance and 6,5% unemployment rate threshold which can be adjusted after soft data from December. Unemployment Rate fell significantly but mainly because of lower labor participation rate and not because of higher employment. Some analysts say, that threshold may be lowered and some say that FOMC may lower its significance with further forward guidance. Also some considerations attach to reverse-REPO facility which was being tested recently. Most big banks see QE taper, forward guidance adjustment and rate guidance saying that Fed Funds Rate may remain lower as long as necessary even if 6,5% unemployment threshold will be reached. FOMC economic outlook is somehow unknown and also we don’t know how important recent weak US data will be in the eyes of committee. However Q4 data still look good.