Friday’s session closed with a slight positive result of 0.04%, the same DAX interrupts the sequence of 6 days of declines in a row. However, during the whole week, falls reached 3.27% ending under 12,000 points. Data on industrial production in Germany were worse than previously (-1.1% against 0.2%), similarly the trade balance 15.8B surprised negatively. The event of the day was data on the change in employment in the US, the indicator after weaker August, increased back above the barrier of 200,000.

Among the components of the DAX index, the best result was recorded by SAP, which gained 1.82%, while Merck increased by 1.28%. The worst result was ThyssenKrupp falling 2.61%, while HeidelbergCement lost 2.11%. The total number of falling companies exceeded the number of gaining listed on the Stock Exchange by 381 to 325.

The new week starts with a slight strengthening, but the situation is still in the Friday’s range. A positive element is maintaining above the Pivot point, which is at 11,935 points. A permanent exit above the price from the Friday fixing will help to expand the rebound to at least 12,000 points and further 12,040. The first local support only in the area of 11,885 points (S1). 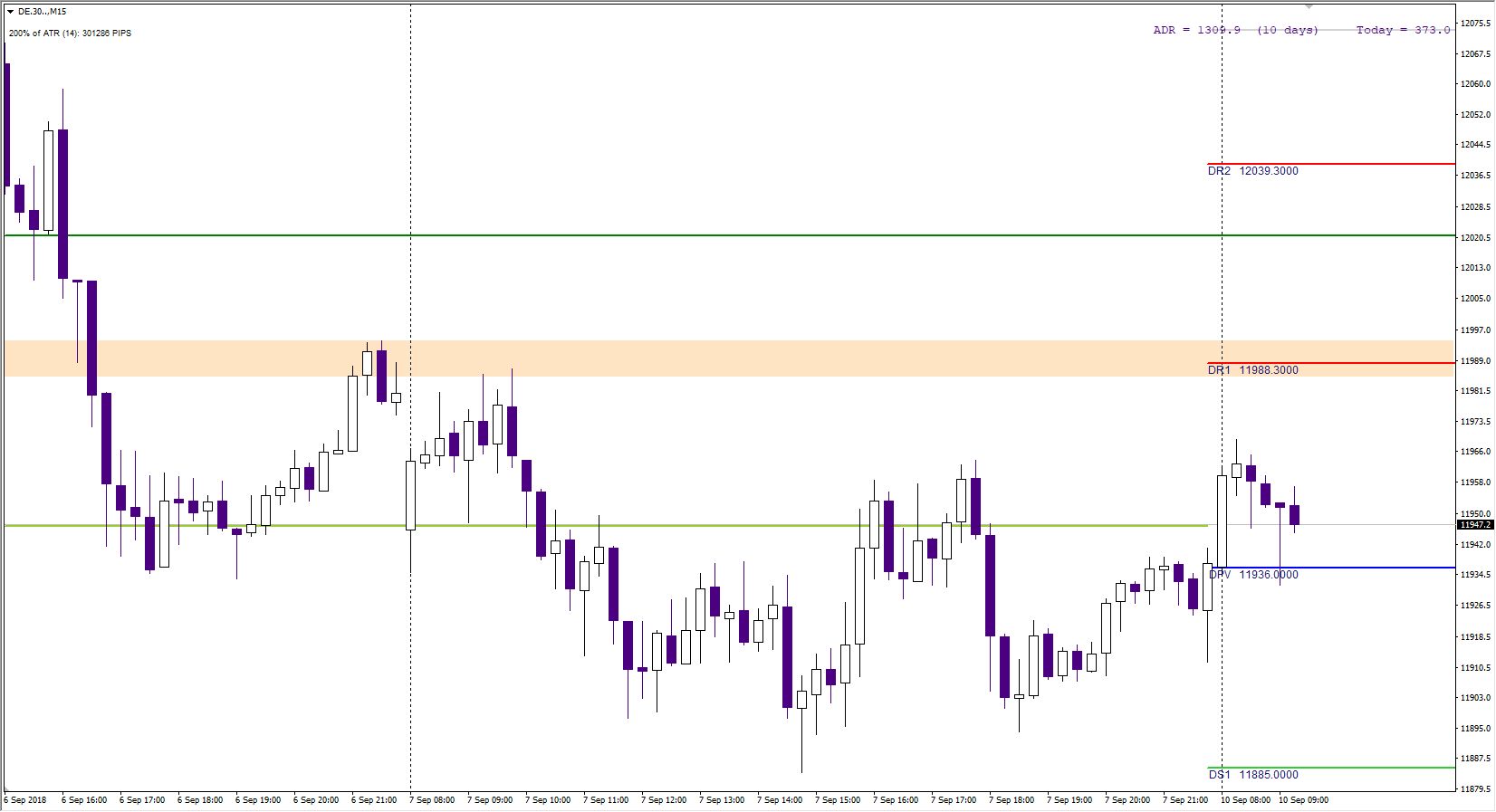 Looking more broadly at the graph, after a few days of a solid sell of in the market, there is a stop in the form of a spool on the increased volume of retreat. Such a candle appears in close proximity to the external abolition of 127.2% of the July upward correction; it is at level 11 870, which is also the “D” point of the harmonic formation. Therefore, it is probable that the level of 12 120 will be reached in September. 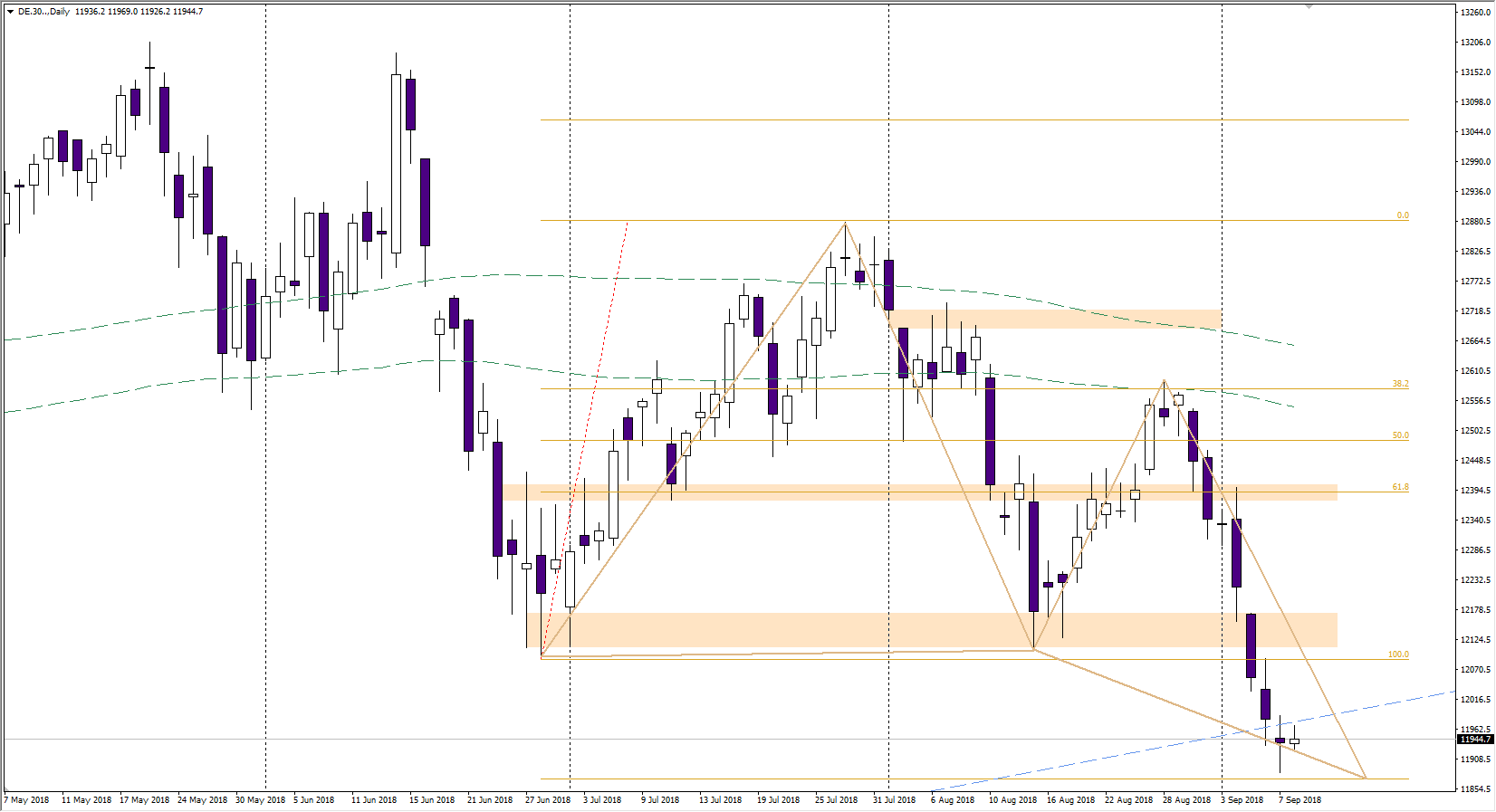