During yesterday’s session, the DAX quotes grew in the morning after breaking the resistance at 12040. In next few hours the course reached the next, this time key defense level at 12110, and the session maximum reached 12,129.

As can be seen in the daily chart below, in addition to the key horizontal resistance (12110), which was tested during yesterday’s session, the buyers also struggled with the 10-day EMA, which provides dynamic resistance. 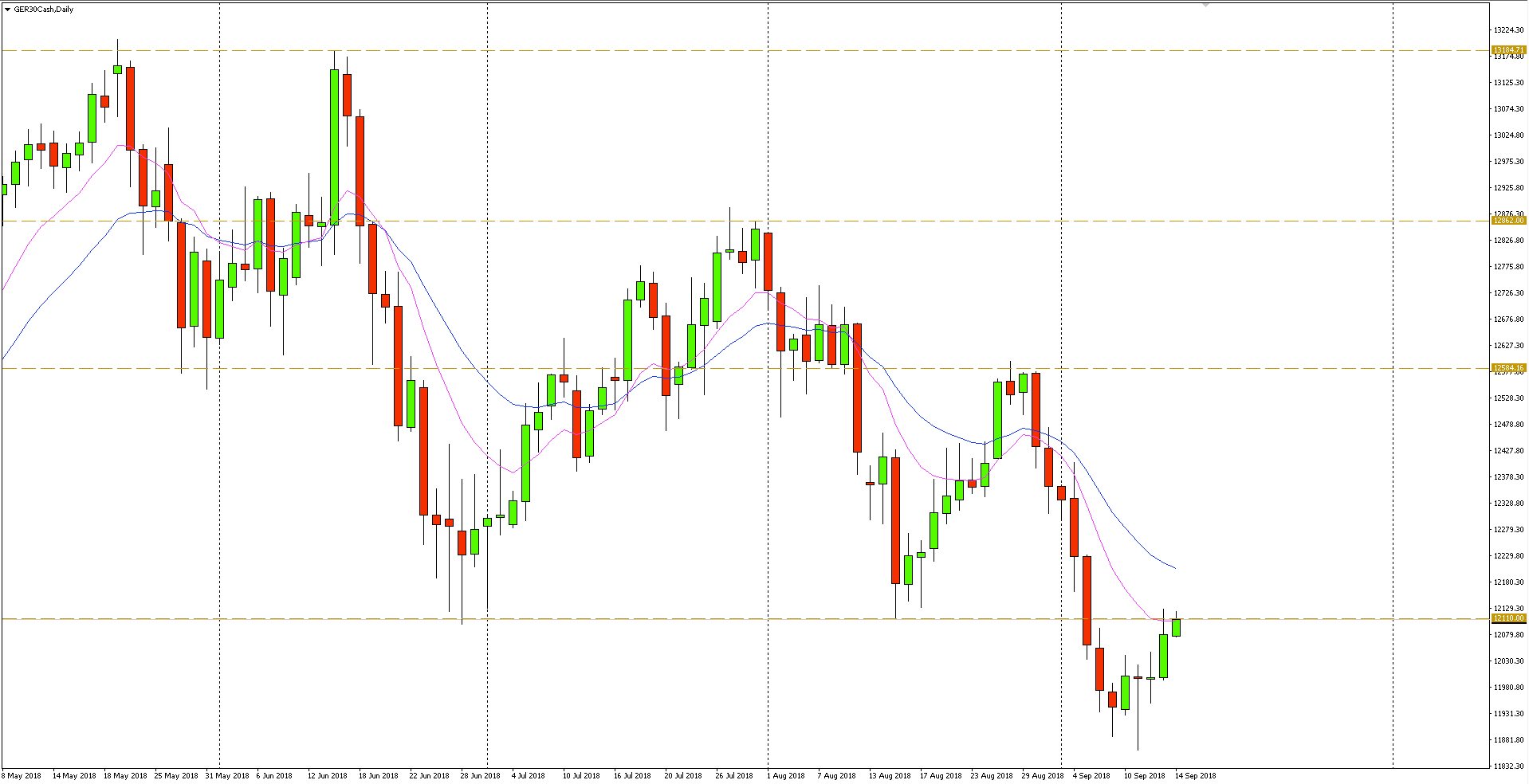 In turn during today’s session DAX30 again attacks the resistance at 12110. The growth lasting from Tuesday are maintained by the trend line shown in the following 1-hour chart. Breaking it will open the way to return to support for 12040.

Alternatively, effectively overcoming yesterday’s peaks will reveal another level of defense at 12,200. We do not expect any significant data from the German economy today, but if it comes to the entire euro zone, at 11 o’clock we will know, among others, payroll data for the second quarter and the July trade balance. 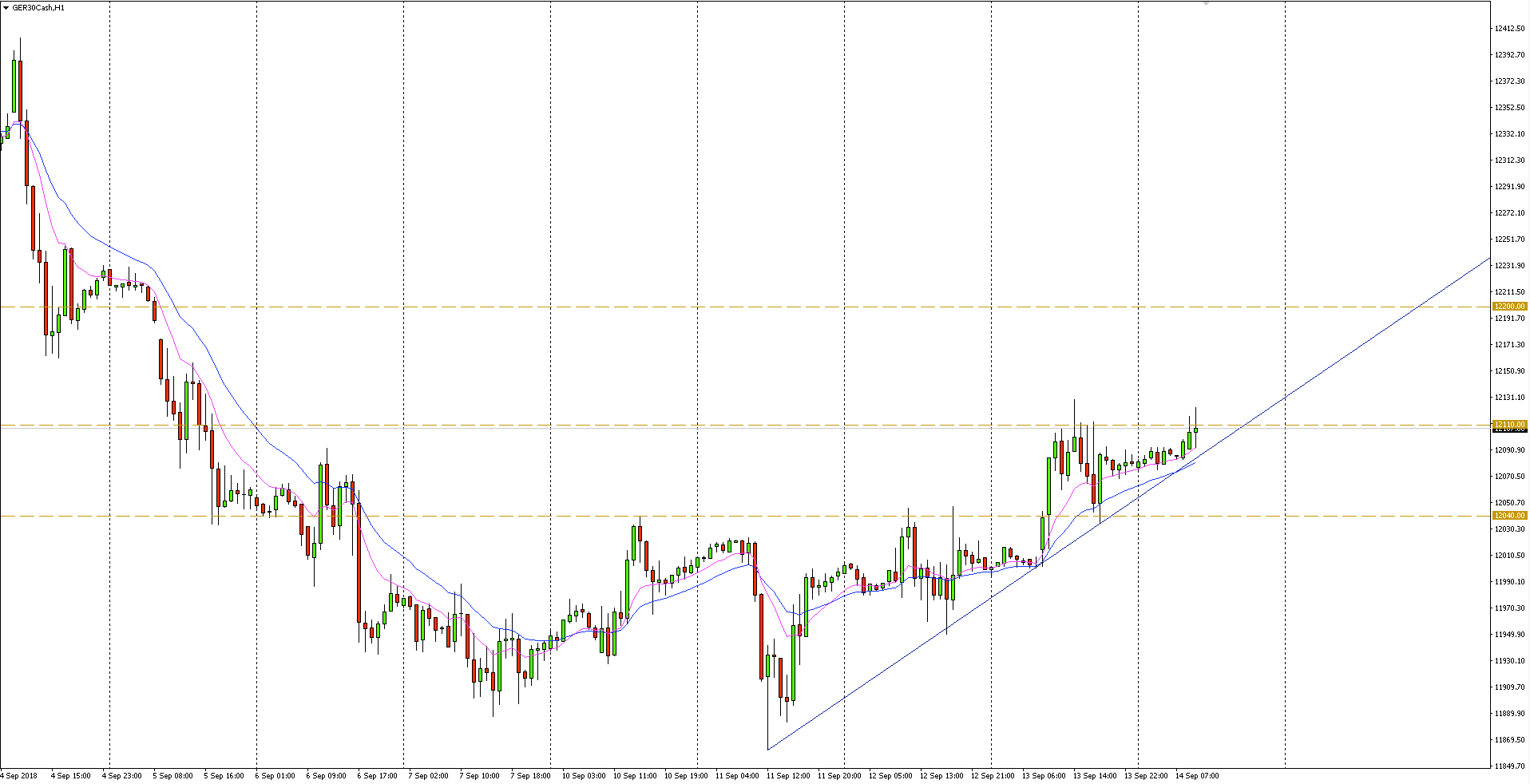