Very clear buy signal before the increases. You could go ahead and open long positions with a stop loss below the minimum from the Asian session. Profit – despite impressive H4 candle – was two times higher than the risk.

We can see the cloud rejection on a daily interval and also a buy signal. This could herald a long rally in the EUR/USD and 1.3830 defeat.

Here I would like to go back a little and show that a buy signal – which is valid – was preceded by SL. On Tuesday there was a way out of the Kumo (not breakout, because it was sideways). There is not a clear buy signal – due to lack of movement dynamics. But the another candle with long lower wick and next, growth one, was already a valid buy signal. However it ended with stop loss. Only the signal of the end of Wednesday’s session in the USA would bring big profits and about 100 pips on the plus with 30 pips SL.

After the euro strengthening went the Swiss franc appreciation – which was quite clear. Currency pair with US dollar gave yesterday a sell signal during the US session. It was a strong signal, because the breakout was from the downward cloud. The setup could be played like the below chart shows: 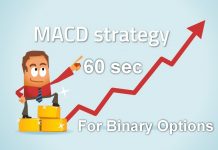 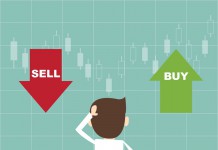 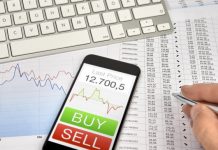 Overview of setups for the MACD 60sec Strategy for Binary Options