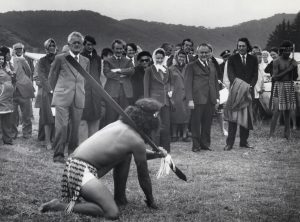 Certainly Mexico and New Zealand are not among the most important commercial centers in the world. It does not change the fact that today’s bank holidays in these two countries may affect with limited liquidity of both the New Zealand dollar (NZD) and Mexican peso (MXN). At the beginning of the week you should be careful trading on these pairs.

Date February 6 is extremely important for the people of New Zealand – commemorating the signing of agreements in Waitangi, which gave official start of local statehood in 1840. A preliminary version of the document was signed on 6 February by representatives of the British crown and the chiefs of 40 smaller clans Maori. In the next seven months, copies of the treaty were distributed throughout the country to the other leaders who were given opportunity to submit their signatures.

Beginning of February is also a commemoration of the Mexican Revolution of 1917 and the signing of the Constitution of the United Mexican States based on the principles of human rights, sovereignty, separation of powers, federalism, the primacy of the state over the church and the protection of constitutional rights. Celebrations are planned usually on February 5, but if the date falls on a weekend, then Monday automatically becomes a public holiday.

Monday macroeconomic calendar – what are we waiting?

The new week starts with a rather light macro calendar – at night we had results of December retail sales in Australia, where the dynamics slides to negative levels compared to the previous month. In the initial reaction, on the AUD/USD appeared a small bearish gap of several pips. Intraday chart shows that the Aussie is losing regularly and drops down, the current minima are at level of 0.7652

Coming to the events that await us in the next hours we can notice that not much is going to happen. In the morning we will have a couple of readings from the euro zone of low importance for investors during the session, in the US situation is very similar: 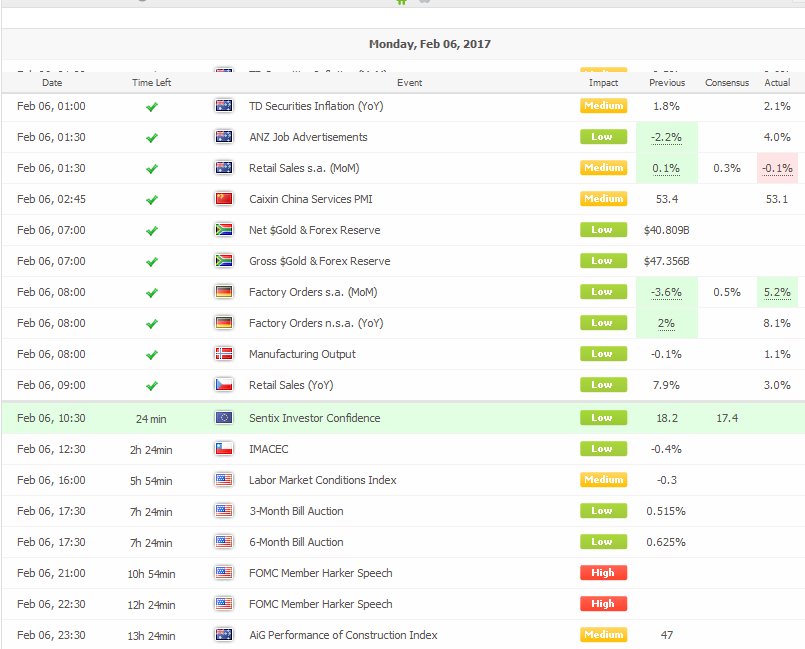 Get ready for two central banks this week

After a quiet Monday await us emotions associated with the activity of the two central banks. Already February 7 4:30 decision on interest rates will make the Reserve Bank of Australia, February 8 at 21:00 on the same subject will decide Reserve Bank of New Zealand.

In both cases, investors do not expect interest rate cuts – RBNZ has planned a press conference, however, in agenda of meeting of the RBA want be any. The market will focus on content of the statement wanting to verify their dovish forecasts. 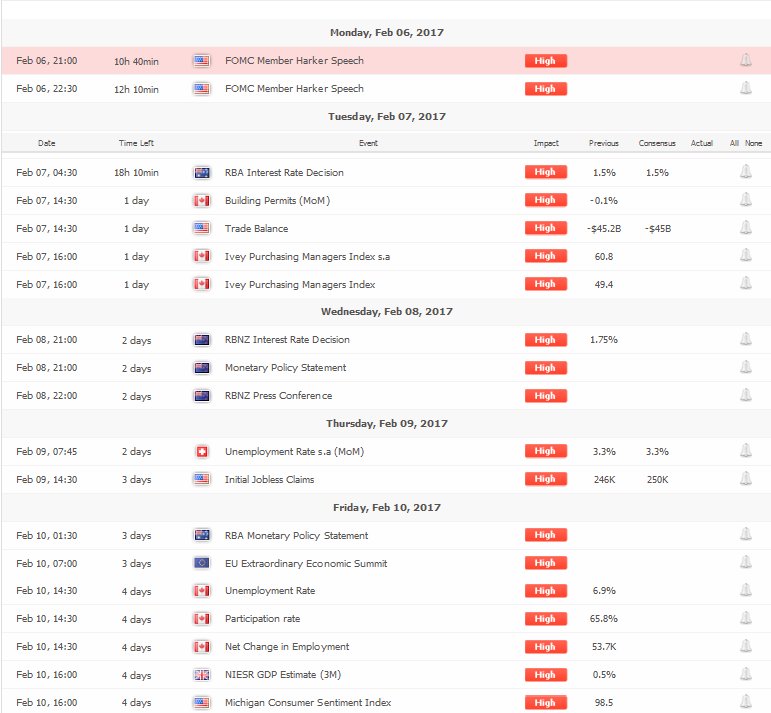