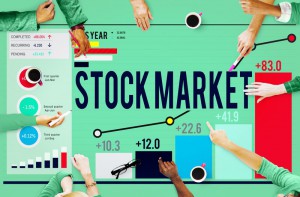 Despite the S&P 500 and Dow Jones industrial average hitting record highs on Monday, the news barely made headlines. I think this could be explained by the scale of the moves. The Dow has traded higher for ten consecutive days, but none of these ten days saw an increase of more than 0.5%. The last time the Dow moved more than 1%, was back in May 17 when the index dropped 1.78%. Similarly, the S&P 500 was moving in a daily range of less than 0.3% for the past 13 trading days, making it the quietest period in decades.

Traders seem to be betting that volatility in stocks will remain low, despite warnings of a potential spike in VIX during the month of August. The CBOE Market Volatility index fell below 10 on Monday, as short positions hit a fresh record -leading to stubbornly quiet markets conditions.

Foreign exchange markets were no exception, currency pairs such as EURUSD, USDJPY, and GBPUSD were stuck within 50 pips trading range. Limited news flow is what be blamed for the narrow trading ranges, but expect this to change as we get closer to Fridays U.S. CPI release.

Friday’s jobs report inspired dollar bulls for a limited time only, as investors are still not confident that a third rate hike will occur in 2017. According to CME’s Fedwatch, markets still believe that a rate hike in December is not a done deal.  St. Louis Fed, President James Bullard, seems to agree, as he is not confident that current unemployment rate will be enough to push inflation towards the Fed target of 2%, and believes that interest rates should remain where they are for now.  For this perception to change, it requires inflation to accelerate, after declining for five straight months.  New York Fed President William Dudley is set to speak on Thursday, and he may oppose his colleague’s thoughts; knowing that he had been more on the hawkish side. However, dollar bulls still need hard data before jumping in.

Try an account at Windsor Brokers. The free MT4 platform provided by the broker offers all  tools to design even the most complex technical analysis formations. Check out the offer.

EURUSD is likely to be the most interesting currency pair in the weeks to come. European officials might start getting worried after the most recent surge in the single currency. German exports declined 2.8% in June, the sharpest fall in almost two years. Imports fell even more sharply, by 4.5%, – the biggest drop since 2009. These figures came from data on Monday, showing German industrial output declining 1.1% in June- its biggest drop so far in 2017. However, the Euro remained resilient and continued to trade above 1.18. One set of data is probably not enough to drag down the Euro, but if negative implications continue to reflect in economic data, the Euro is likely to be pulled below 1.17.