The New Zealand dollar (NZD/USD) quotations are testing resistance this week in the form of a downward trend line running from the high of December 2018. A strong reaction to this level emerged after the decision of the New Zealand Reserve Bank on interest rates and monetary policy.

Interest rates in New Zealand remained unchanged at 1.75%. The rhetoric of the published statement, which shows a chance for a reduction in interest rates, has changed. Previously, forecasts were more balanced. You can read more about the RBNZ decision in the morning market review. 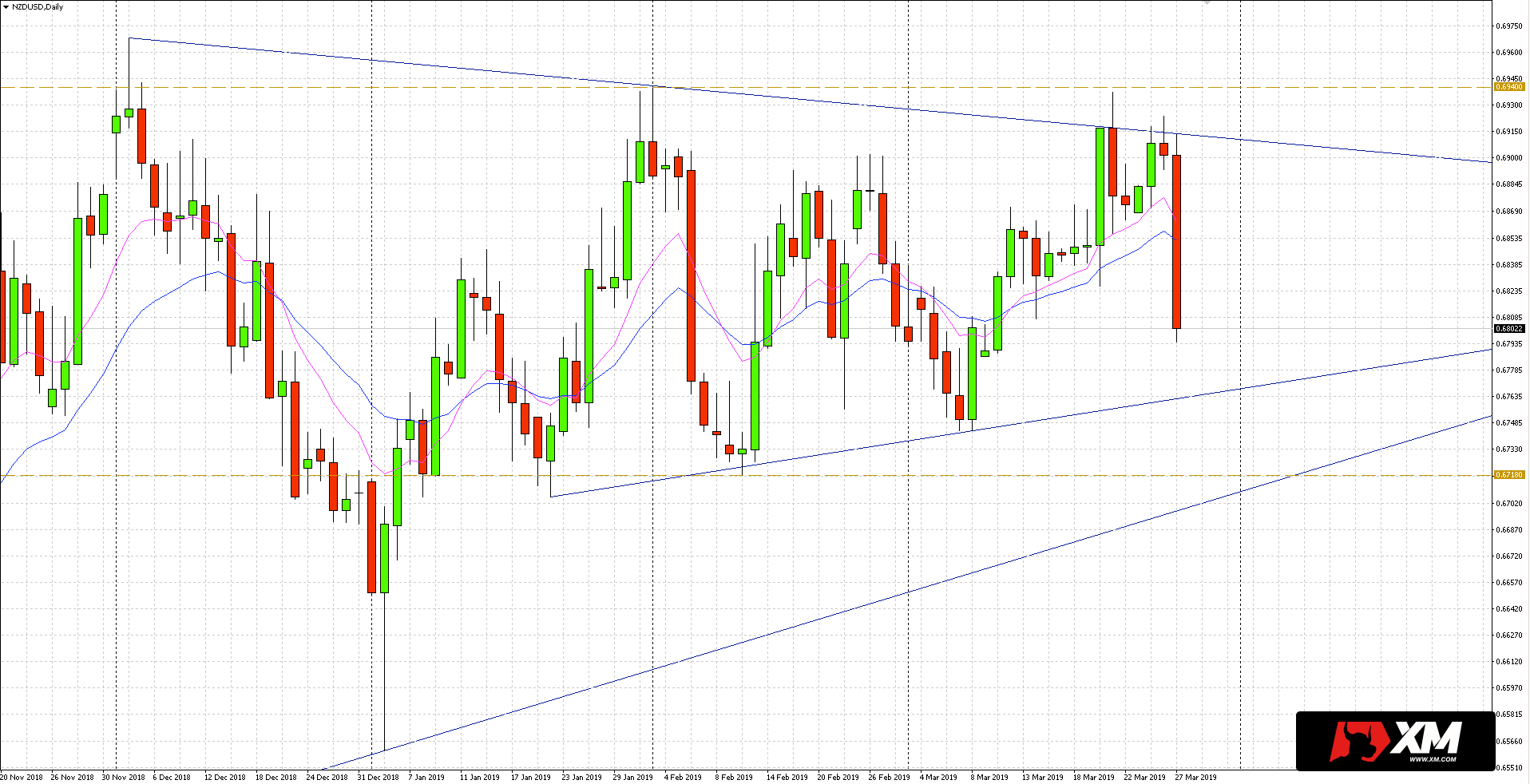 The NZD/USD price is heading towards the trend line

Traders received a dovish message from New Zealand’s central bank which translated into a weakening of the local currency against the US dollar. Now the sellers have succeeded in tampering the increases of the last 12 sessions.

As can be seen in the daily NZD/USD chart below, the price is now heading towards the trend line from the low of the second half of January. If this level is tested, a response from the demand side can be expected. Not much lower we will also find the key zone of support confluence, where the horizontal level of 0.6718 coincides with the long-term trend line running from the 2018 minima.