Markets those days are still quite interesting. Yesterday session brought a rebound from key resistance and support levels on few currency pairs. The downward trend continued in the indexes but definitely slowed down. So, let’s start reviewing the potential PA setups:

Australian eurodollar came to the support line and you can already see the signs of rebound. However, there is a need of a clear rejection signal of this level to consider long positions. 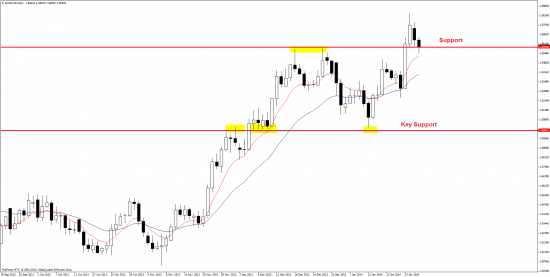 Supply clearly starts to rally after breaking resistance point at 1.3700. Yesterday we saw another failed attack on this level. It did not bring larger drops, which can indicate indecision on EUR/USD. Successful breakthrough will test the 1.3830 level – the next rejection with sell price action signal can be used to open short positions. 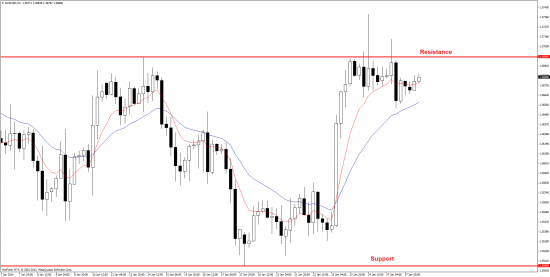 A clear buy signal (pin bar) near the support line helped to open long positions, which should give around 100 pips in the black. The price will likely reach the resistance at 1.50250 – then we should observe how it will behave. 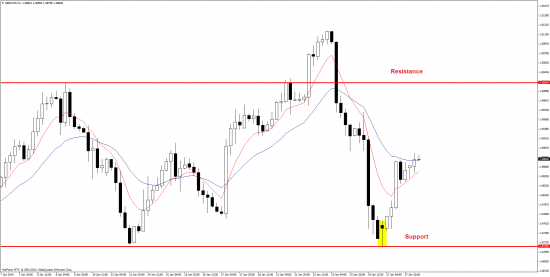 For this pair (H4 chart) the buy signal on the support line also occurred. So long candles can be played in several ways: 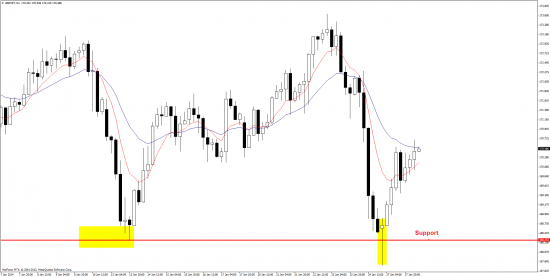 For the first time I am forced to move to so low timeframes. It occurred that H1 chart give us clear sell signal. Due to that, we can enter market with a small SL. For now, declines are not confirmed and the position would be on a small black. As you see, sometimes it is profitable to go on lower timeframes and observe hourly candles behavior with the support/resistance test. 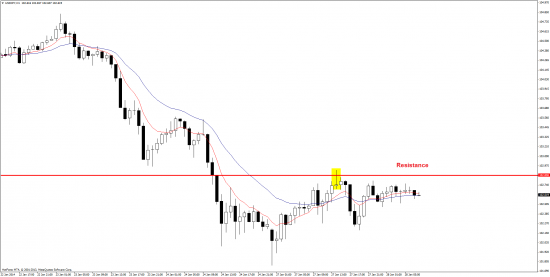