Later than usual – sorry! – but here it is. Our daily PA setups preview. For today we prepared four currency pairs. Crosses like EUR/JPY, GBP/JPY and NZD/JPY and one pair with USD – Kiwi.

EUR/JPY support was defending itself for two sessions, but during Asian trading time it was defeated and today will be really important. If price rebounds, it will form a purchase signal. However, if it does not take place, the weekly candle will close on the lowest levels since 2013 which may end with strong downward movement. 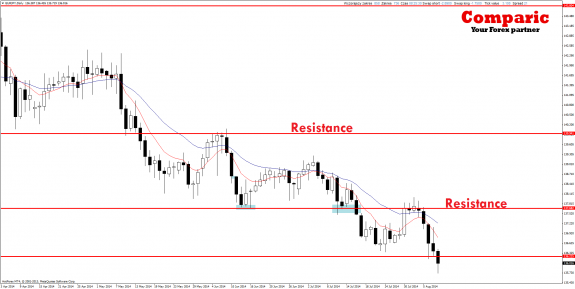 British pound vs Japanese yen acts almost perfectly. In yesterday’s preview I showed this pair as a great position-opener. Price tested earlier support from the bottom, confirmed it as resistance and gave signal on H4. What is more, signal candle was retraced in 50% and this is my favorite way of entering position. For now I have active short with 25pips SL – so good so far! 130pips in plus! 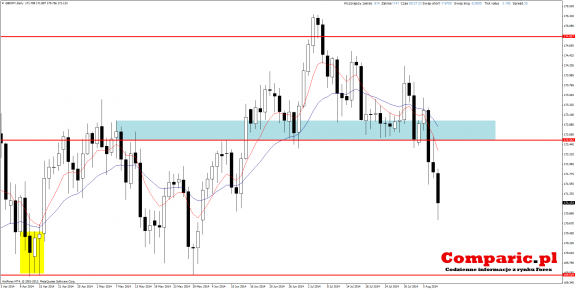 Cross is near important and key support. Momentum is downward, thus playing long position may be risky. However, clear PA purchase signal from the D1 chart might give opportunities for long positioning. In longer term the trend is of course upward – so buying won’t be totally out of logic. 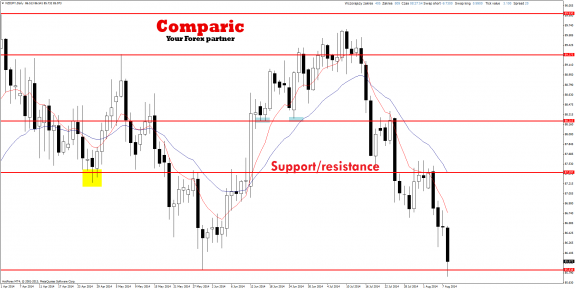 On Wednesday, Kiwi dynamically rejected the support level, forming pin-bar candle on the daily chart. Such setup may be played in three different ways:

– Buying after breaking maximum, SL below 50% of candle’s retracement (better r/r than in the first case where the probability of loss was higher),

– Buy limit (50% candle’s retracement), SL below minimum. Better r/r than in the first case and safer SL than in the second one. But there is still a risk that there will not be a correction and we will be left without position, just observing the developing trend. However the last one is my favorite way – now I have active position, but there is still time to open new longs. 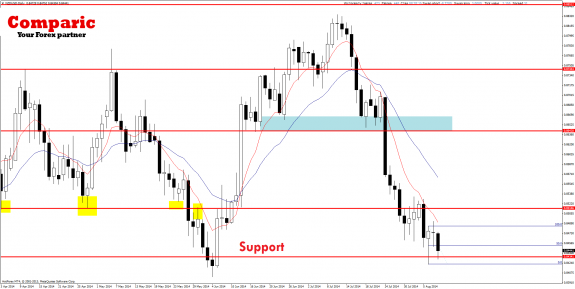