Home Analysis Is the Price of Gold Falling Another 10%? 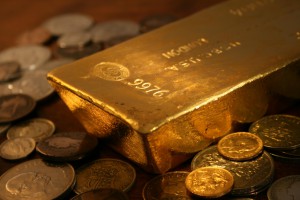 The year 2016 started very well for the gold market. Uncertainties related to the stability of the Chinese economy and a referendum on the exit of Great Britain from the European Union resulted in a 25% increase in gold prices in the first half of this year.

Trump is not so bad?

Many market participants expected that victory of Donald Trump will make an extra few percent increase in the price of gold. However, instead of the further excessive growth , last two weeks related to the post-election period brought so far the biggest drop in prices in 2016. You can still identify more factors that indicate the possibility of continuing declines.

Market consensus pointed out that in case of Donald Trump’s winning gold will significantly gain. The market relied on the assumption that Donald Trump will bring uncertainty, which will help gold prices both- directly, because the raw material is usually doing well in uncertain times, but also indirectly, because of the possible delay in interest rate hikes in the United States.

Higher interest rates are considered to be negative for gold, so the delay in increases would be positive for prices. In fact, when winning of Trump seemed to be the more likely the price of gold has risen quickly to the area $ 1,337 per ounce, but just as quickly went back to the levels before the vote. The drop in prices is associated with a simultaneous victory of Republicans in Congress, which gives a lot of possibilities in the field of fiscal policy.

If the Republicans will actually fulfil their promises of reducing taxes and increase spending, it could ultimately lead to higher, rather than lower market interest rates. Expectations for “Trumpeconomic” had a significant impact on the gold price in recent times, but it’s worth to carefully examine market fundamentals in order to fully understand the outlook for gold prices.

Looking at the graph of the price of gold, the current withdrawal in the post-election period is not the first decline this year. We are seeing a series of increasingly lower local peaks, which may indicate a reversal of the trend from the first half of the year. Price recently reduced to the area 1200-1210 dollars per ounce, which is a quite explicit support.

Investors should carefully observe the behavior of prices at these levels, as next key long-term level is relatively far away, because only at $ 1,050 per ounce. Along the way are less important support zones at the level of 1180, and $ 1,140 per ounce. In turn, the short-term resistance can be seen at 1,250 dollars per ounce.

The price of gold fell by more than 7% from the presidential elections in the United States. Changes from the fundamental view were definitely negative for raw materials, mainly due to weakening demand from the Asian region. Trump victory in the US presidential election is seen as a negative for gold because of expectations for increases in interest rates, which may inhibit investment demand for gold. Investors should observe the price behavior of the technical level of $ 1,200 per ounce with the prospect of moving to a level of $ 1,050 per ounce, which is seen as a long-term support. 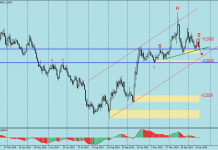