Home Analysis Palladium – All about

Palladium is a chemical element of the platinum group, which includes nickel, platinum, darmstadt and palladium. It was not discovered until the early 19th century. The name is derived from the Greek goddess Pallas.

The price of palladium for a gram

Metal on the world’s stock exchanges is offered through futures contracts so we can hedge against the risk of price changes of this metal or speculate on future movements. Some brokers offer CFD contracts on palladium. We can speculate on price changes without physically buying the metal with CFD.

The London Metal Exchange (LME) is a futures exchange with the world’s largest market for options and futures for various metals, including palladium. Palladium is quoted on LME in US dollars and the price is quoted as one ounce.

Palladium occurs in the earth’s crust mainly as a contaminant of copper and zinc ores. Russia is the largest producer of palladium with a global production share of 44%. The next in line is South Africa with 40%, Canada with a production of 6% and the USA with 5% share in world production.

Palladium is a free molten metal with gold and other platinum metal in the Urals, Australia, Ethiopia, North and South America. However, in the context of palladium production, these deposits play a minor role. The most important commercial sources are nickel and copper deposits discovered in the Sudbury River Basin in Ontario, and in the Norilsk-Talnakh region of Siberia. In addition, large deposits are found in the Bushveld Igneous complex in South Africa.

Palladium can also be produced in nuclear reactors by extracting it from spent nuclear fuel, although this method is not used quite well. At present none of the existing nuclear waste treatment plants is equipped with palladium from radioactive waste.

The largest companies involved in the extraction and production of palladium

Norilsk Nickel (Norilsk) is the world’s largest producer of nickel (17 percent of global production) and palladium (41 percent) and is among the top ten copper producers. The company extracts various metals in mines in Russia as well as in Botswana and South Africa. Norilsk’s annual palladium production is more than 2.7 million ounces. The company is headquartered in Moscow. The company is listed on the Moscow Stock Exchange and the London Stock Exchange.

Anglo American Platinum (Amplats), the company’s assets consist of 11 managed mines and several joint ventures throughout South Africa and Zimbabwe. Most of the ore from these mines is treated in one of the 14 branches of the company before smelting in one of the three refineries in South Africa. Amplats is definitely the world’s second-largest palladium producer with annual production of approximately 1.4 million ounces. The company is headquartered in Johannesburg. The company is listed on the Johannesburg Stock Exchange.

Impala Platinum (Implats), the company’s focus is around the Bushveld complex (South Africa’s geographical region, including the North West Province of South Africa) and Great Dyke in Zimbabwe. The company’s main operating unit is located in the western part of the Bushveld complex near Rustenburg. Implats also owns a 73% stake in the Marula mine in eastern Bushveld. The company produces about 1 million ounces palladium a year. The headquarters are located in Johannesburg. The company is listed on the Johannesburg Stock Exchange, the London Stock Exchange and the OTC Markets Group.

Lonmin, the company initially operated in conjunction with London and Rhodesian Mining and Land Company Ltd. (Lonrho). Marikana’s main mines are located in the western part of the Bushveld complex. The ores extracted by the company are sent to the Lonmin process department, where metals such as copper, nickel and platinum are isolated. The company extracts about 300 thousand. ounce palladium a year. Headquartered in London. The company is listed on the London Stock Exchange and the Johannesburg Stock Exchange.

Stillwater Mining Company is one of the two major palladium producers in the world. The company owns mines located in Montana, where palladium, platinum, and small quantities of rhodium are mined. The annual output of palladium is about 250 thousand ounce. The company is headquartered in the United States in Billings, Montana. The company is listed on the New York Stock Exchange (NYSE).

Vale SA is a Brazilian company operating all over the world. It is the second largest mining company, a leading producer of iron ore and the second largest producer of nickel in the world. The company has its own facilities in Sudbury, Canada and Port Colborne, Ontario, which produce intermediate products such as palladium, platinum, gold and silver. These, together with the recycled materials, are sent to a refinery in Acton, England, where they are processed into high purity products. The annual output of palladium is about 250 thousand ounce. Headquartered in Rio de Janeiro, Brazil. The company is listed on many stock exchanges in the world, such as BM & F BOVESPA, the New York Stock Exchange (NYSE), Euronext, the Madrid Stock Exchange (Bolsa de Madrid) and the Stock Exchange of Hong Kong (SEHK). 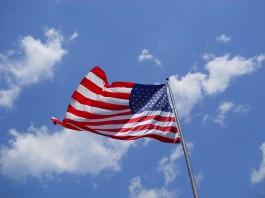 Catalysts – palladium accelerates hydrogenation, dehydrogenation and oil cracking. Carbon bonding processes are facilitated by catalysts of palladium compounds. Palladium-catalyzed organic reactions were awarded by the Nobel Prize in chemistry to the inventors. Palladium is also a versatile metal for homogeneous catalysis. A study carried out in 2008 showed that palladium is an effective catalyst for carbon-fluoride bonds.

Hydrogen storage – palladium easily absorbs hydrogen at room temperature to form palladium hydride. Although this property is common to many metals, palladium has an extremely high absorption capacity and does not lose its properties. This has been discovered when designing a cost-effective, yet affordable, hydrogen fuel storage vehicle, although palladium itself is one of the more costly components of the process.

Palladium is widely used in the industry but also in the jewelery industry. As with other platinum group metals, palladium is rather indifferent to humans. Although cases of skin irritation have been reported, data on these situations are limited. It has been shown that people with allergic reactions to palladium also react similarly to nickel. It is advisable to avoid the use of dental palladium alloys by people with this condition.

Palladium, although discovered later than platinum, because it was only in 1802, has a very wide application. Today, most palladium is used in catalysts in the automotive industry. Palladium, like other goods, is used for political purposes. In the period up to 2000, Russian palladium supplies to the world market were repeatedly delayed because of political reasons export quotas were not granted on time. This caused panic in the markets and in January 2001 the price of palladium rose to $ 1,100 per ounce. At the time, Ford Motor Company, fearing that car production would be disturbed by palladium shortages, accumulated large amounts of this metal. When prices fell, Ford lost nearly $ 1 billion on this operation.

The global demand for palladium has increased from 100 tons in 1990 to almost 300 tons in 2000. Global production of palladium from mines amounted to 222 tonnes in 2006. Palladium prices are very strongly linked to the economic situation in the world. Prices are rising in good times as the industry grows and falling in downturns as the pace of economic growth declines.