Snapchat is an instantaneous messaging service, its feature is that photo messages sent on the platform are available for viewing for ten seconds, after which they disappear. The messenger was launched in 2012 and had more than 100 million active users at the time of its IPO.

Spotify is an audio streaming service that allows you to listen to music legally, with the possibility to listen for it for free or with a premium subscription. The service is available in the USA, most European countries, some Asian countries, as well as in Australia and New Zealand. The company was established in 2006. The number of active users exceeds 157 million, out of which 71 million are paying for services. If we apply the metric of social networks to Spotify to calculate the “value” of one user, then the metric shows one Spotify user is worth $188. For instance, we can take Facebook to compare, with a capitalisation of $476 billion and $2.2 billion of active users, meaning the user value metric equals to $216.

Snapchat underwent an initial public offering on 2 March 2017 on the New York Stock Exchange. During the initial public offering, the entire company was valued at $24 billion. Before placing the shares, Snap Inc. set the price for their securities in the range of $14 to $16. This placement was the largest seen in the two years preceding the 2017 year.

Founded in 2006, Spotify is one of the largest technology companies that has brought their stock to the stock exchange over the past year. During the placement, the company was valued at $ 29.5 billion, based on more than 178 million shares.

Shares of Snap, the owner of the Snapchat, after the first round of IPOs, rose by 50%  to $25.5 per share against the $17 price of IPO. Trades on Spotify securities under the name SPOT started at $165.9 per share. It was 25.7% higher than the estimated before-listing value of $132. As a result, Spotify’s value increased from the forecasted $23.5 billion to $29.5 billion Let’s have a look at first month’s performance. Snapchat lost more than 15% in the stock price during the first month, to date snapchat lost more than half of its price from the date of IPO due to unsuccessful performance and unpleasant reaction to the updates of the application. On the other hand, Spotify gained more than 10% during the first month.

What was the difference?

The significant difference between DLP and IPO is that in case of direct listing, the company does not attract additional funds, does not conduct road shows for investors, does not involve underwriters and does not set a period in which their current shareholders can not sell shares.

The main advantage of this approach is in reduced costs. The startup does not need to pay for the IPO organising bank, whose commission can reach from 2% up to 8%. Therefore, DLPs are used often by small startup companies.

However, the direct listing has higher risks. When the IPO is done, underwriters help the company to look for buyers for shares, or they themselves buy securities and resell them to investors. As a rule, organisers also, guarantee a minimum volume of sales of shares at their original cost and buy stocks themselves in case of an exaggerated demand.

By allowing shareholders freely to sell stocks from the very first day of listing, Spotify was committed to the risk of high volatility in their securities. However, an interesting moment, according to Bloomberg, the number of shareholders who wanted to sell their securities during the DLP turned out to be less than expected. Only 5.6 million shares changed their owners at the opening price of the listing, and about 30.5 million were sold on the first day.

It is good to know that with Capital.com there was the possibility to start trading CFD on SPOT from the very beginning of its listing. According to Capital.com data on the day of Spotify’s listing, users of the platform opened 70% long positions on the market.

Capital.com supports all major listings, keeps up to date with the latest offerings and has more than 1000 instruments listed on the platform. The benefits of trading CFDs with Capital.com include segregated accounts, account security and broker services, which are regulated by a financial regulator.

It’s important to remember that you trade at your own risk. You can lose all your invested capital once you begin trading. Do not, in any circumstance, trade with money that you can’t afford to lose. This commentary shall not be regarded as investment advice. 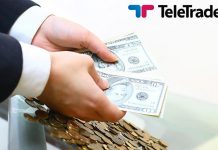 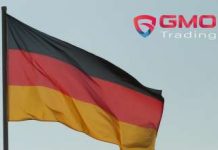 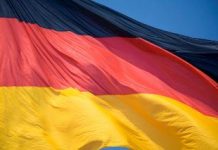 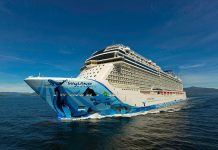 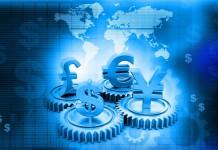