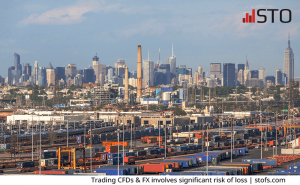 On Wednesday March 28th 2018, the United States (US) Bureau of Economic Analysis (BEA) will publish its third estimate for the US Gross Domestic Product (GDP) in the fourth quarter (Q4) of 2017. On the same day, the US Department of Commerce will publish preliminary data regarding the Personal Consumption Expenditures (PCE) during Q4 2017. Market analysts expect that these releases will give them a better picture of how the US economy moved towards the end of 2017.

Economists polled by Bloomberg suggest that due to a smaller drag from inventories, the third estimate is likely to show that the US GDP’s growth was stronger when compared with the second estimate by the US Bureau of Economic Analysis. More specific, the Bloomberg survey among economists showed that the US GDP in Q4 2017 is likely to have grown by 2.7%, on an annualised basis, against the 2.5% that the second estimate suggested. The GDP growth rate is driven by personal consumption, net trade, government spending and business investment.

The second data release scheduled for Wednesday March 28th 2018 is the Personal Consumption Expenditures (PCE) comes from the US Department of Commerce. The PCE is the primary measure of consumer spending on goods and services in the US economy. The BEA states that the PCE accounts for almost two-thirds of domestic final spending and is considered a very important economic indicator. Economists expect that the preliminary PCE data for the Q4 2017 will show a 2.0% PCE growth, on a quarter-to-quarter basis. It should be noted that the PCE rose by 1.9% during the third quarter of 2017.

Reactions to proposed US tariffs

On Monday March 26th 2018, the US agreed to exempt South Korea from steel tariffs. However, it also imposed a quota on steel imports which would be equal to the 70% of the annual South Korean steel exports to the US between 2015-2017. The South Korean and the US government also renegotiated a bilateral trade deal regarding the automotive industry. The US has already given a temporary tariff exemption to the European Union valid until May 1st 2018. EU leaders urged the US to permanently exempt the Euro-bloc from import tariffs on steel and aluminium.

A report published by ING (Internationale Nederlanden Groep) said that “trade wars may be following a more diplomatic path-with the Wall Street Journal (WSJ) noting that US and Chinese officials are quietly negotiating behind the scenes on ensuring ‘fairer trade’-we still see good reason for investors to stay wary over the potential for an escalation in the current trade war dynamics.” The chairman of Societe Generale Lorenzo Bini suggested in a CNBC interview, on March 25th 2018, that imposed trade tariffs between the US and China could force the US Federal Reserve (Fed) to hike its benchmark interest rates at a higher than anticipated pace. “The US may get two bad things. First, higher tariffs and higher inflation and then higher interest rates. That’s not necessarily good for the US economy. Tariffs could also lead to the weakening of the US Dollar” said the Societe Generale’s chairman.

Stephen Schwarzman, the Blackstone’s Group CEO (Chief Executive Officer), expressed his hope that imposing trade tariffs will be delayed. “Most of the types of things being discussed by the US side could be delayed in terms of their implementation, and hopefully will be. I anticipate that rational people will be able to come to a really good solution,” said the CEO of Blackstone, which is the largest alternative investment firm in the world.

STO offers traders the opportunity to choose from a selection of over 30 currencies for a bespoke trading experience. STO clients can trade major, minor and exotic currency pairs with spreads starting from 0.0 pips. STO offers a daily comprehensive fundamental and technical analysis which could help traders build their trading strategy.