Home Analysis Analysis for Newbies: CHFJPY – continuation of the trend after breaking out...

Quotations of CHFJPY currency pair are moving in an upward trend, where the last strong impulse started on August 21th this year. As you can see on the 4-hour chart below, during this period key resistance within the round level of 113.00 was overcome.

However, at the end of August, a high was set at 115.28 after which the pair began to move in consolidation, which took the form of a channel. During the yesterday’s session, the buyers managed to make significant progress, because there was a breakout from the channel, consistent with the rest of the trend.

Bearing in mind the above, you can now look for opportunities to join the prevailing trend after correction. Significant support should be provided by the channel’s resistance, but it is worth observing also the behavior of quotations in the vicinity of the dynamic support provided by the channel of averages EMA 10/20. 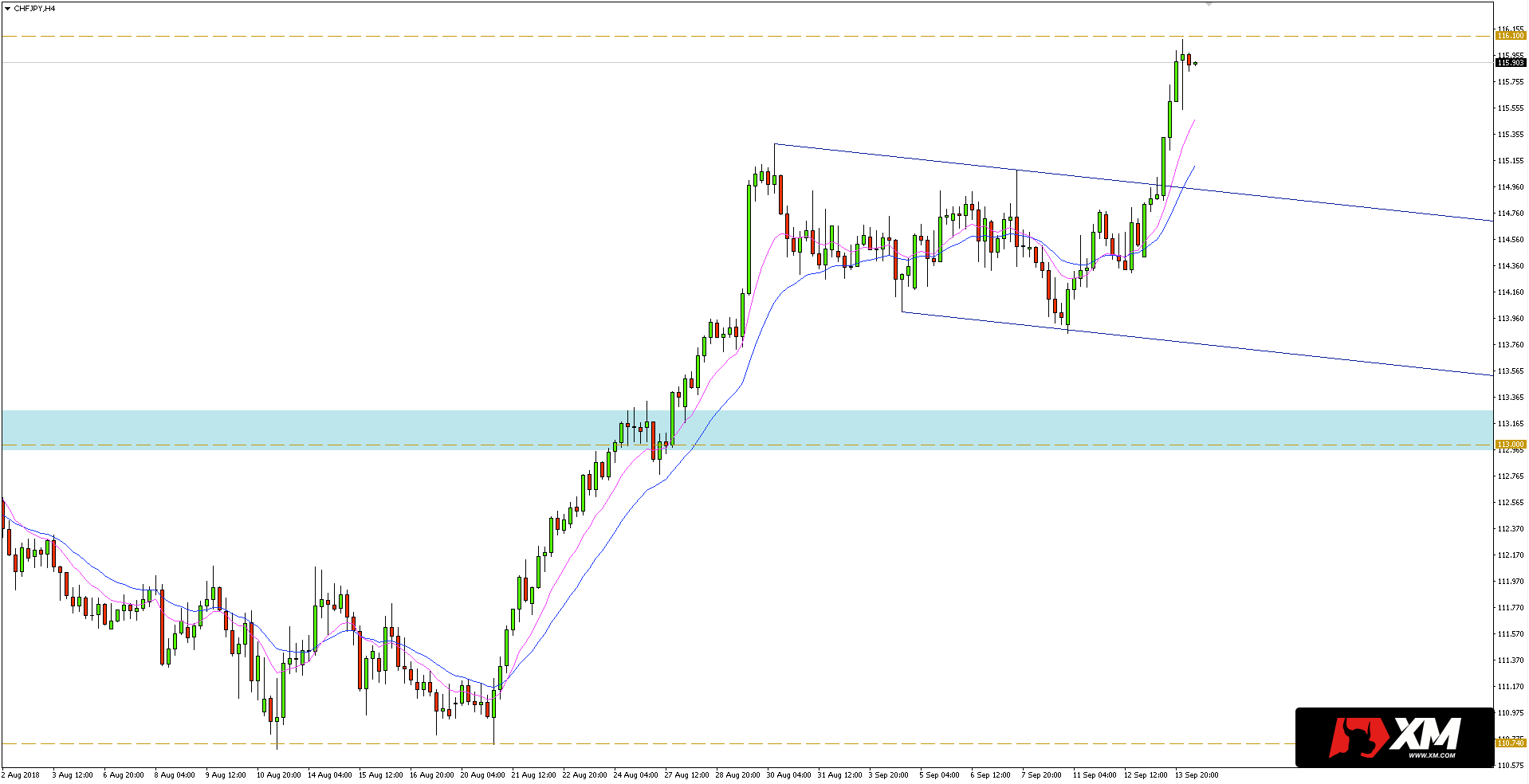