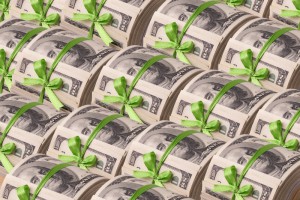 BBVA, in collaboration with Wave, conducted the first pilot that uses blockchain to automate the electronic submission of documents in an import-export transaction between Europe and Latin America.  Thanks to Wave’s solution, which uses Distributed Ledger Technology (DLT) and blockchain, BBVA was able to reduce the time required to send, verify and authorize an international trade transaction, which normally takes from seven to ten days, to just 2.5 hours.

The pilot was run on an actual sale transaction between Mexico and Spain, in which Frime, a company of Barcelona, Spain, bought more than 25 tons of frozen tuna from Pinsa Congelados, of Maztlan, México. The payment was made using a letter of credit – the most common payment system in international trade transactions. BBVA Spain issued the letter and BBVA Bancomer processed the payment.

The large volume of documentation required by a letter of credit entails a series of different processes that in most cases involve error-prone processes such as manual checks and sending physical documents, of which can make the process last up to two weeks.

“The pilot we carried out with Wave represents a leap forward in improving the efficiency of international trade transactions.  The time it takes to manage the documentation was reduced to a process that lasted just a few hours, in which all parties (the banks, the importer and the exporter) were constantly aware of the status of the documents,” said Patxi Fernández de Trocóniz, Head of Global Trade & International Banking.

The operation was registered and securely validated at the same time for all parties, thanks to the distributed ledgers and the immutability of blockchain,” said Daniel Berenguer, Head of Digital Trade Finance in Client Solutions.

Wave’s system made it possible to make changes or corrections that arose from the moment the goods were loaded until their arrival at the destination.  The pilot also included the electronic signature of documents, the simultaneous distribution of copies to all parties and the reception of the ownership of the documentation at each step along the way.

“This is the first operation we have carried out between Europe and Latin America to simplify and improve the processes involved in international trade transactions. This pilot had the added complexity of being able to correct a discrepancy in the documents that were presented. The importer digitally accepted an exception on the platform. BBVA was an indispensable partner, because of its ability to understand the transformative power of a technology like the one Wave uses,” explained Gadi Ruschin of Wave.

This pilot demonstrates blockchain’s potential uses in the import –export process. The pilot focused exclusively on electronic document submission, but it could be applied to the final credit card payment and even to the prior procedures and financing of the operations.