July 30, 2014, at 12:52 (CET) there was a clear signal indicating breaking above the important EUR/JPY level (137.00). This information confirmed the implementation of the inverted head and shoulders formation. The next place on the EUR/JPY chart which we observed, was determined on the basis of measurement resulting from internal Fibonacci densities (Fibonacci Cluster – pink area on the chart below). 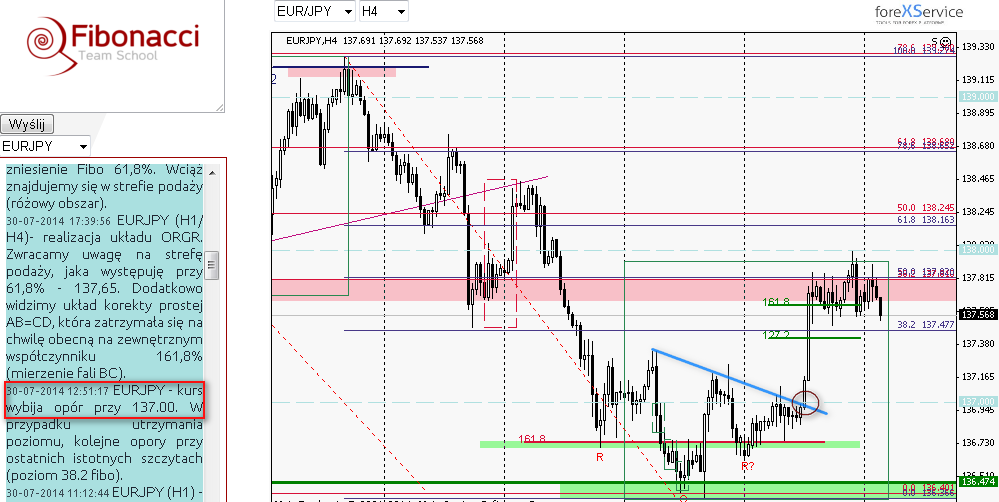 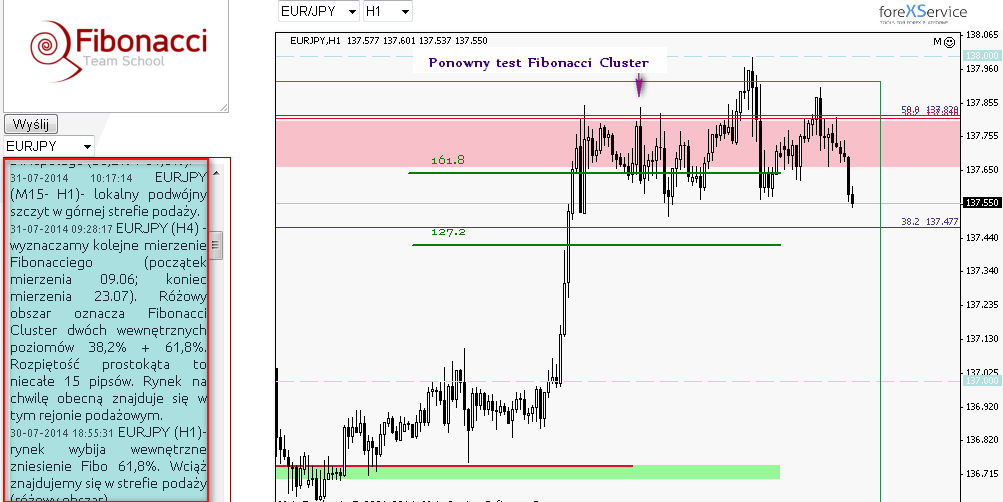 We entered short position directly after the second retest of Double Top formation. In order to achieve greater precision we used smaller timeframes (M15 and M5) – the RR here was 2:1 which in the case of intraday play is really good result. 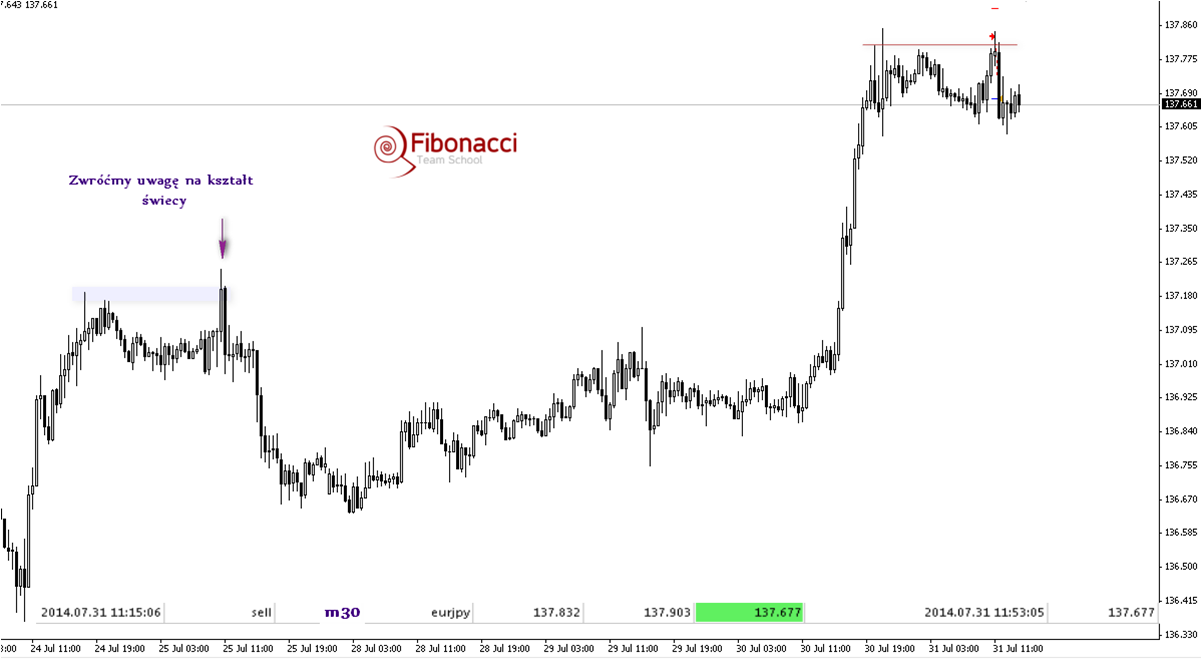 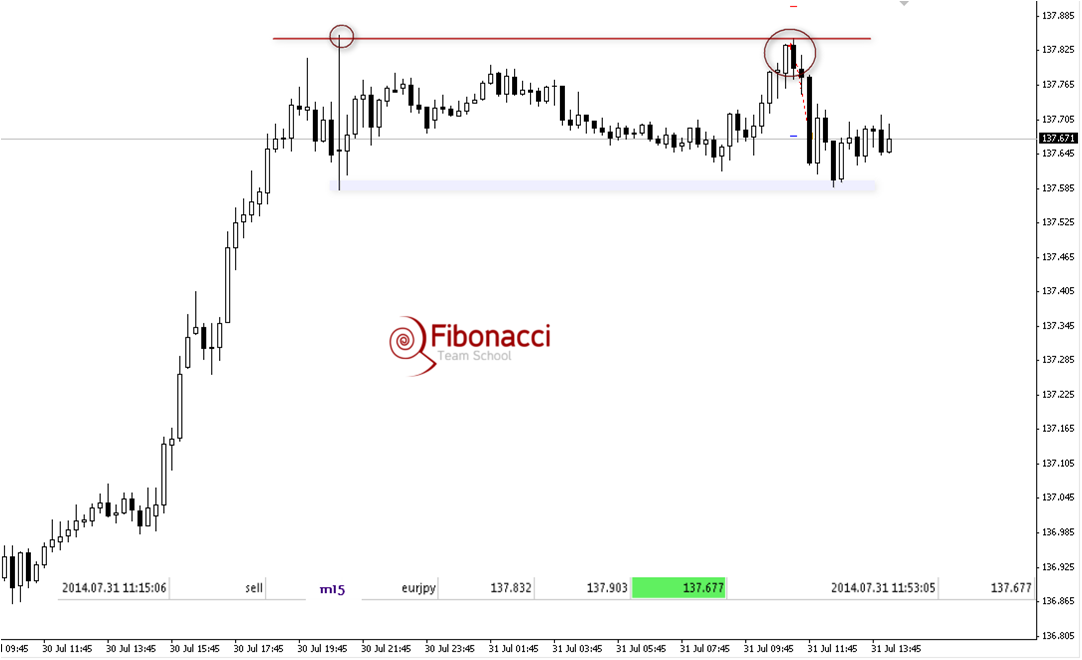 “Price marking” filled the formation we were waiting for, thus short position could be opened on the next candle and the whole setup run at five-minutes TF. Protective SL order has been placed above the last maximum, taking into account the few-pips safety buffer (margin of error).

Analysis prepared thanks to cooperation with our partner – Fibonacci Team School 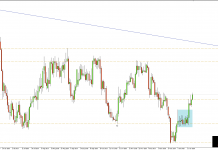