EURJPY has been moving in a narrow range between 123.50 and 126.00 for a month now. The sentiment is slightly increasing, but the dynamics of movement is low. Currently, the price of the currency pair is around 125.00. Last week it broke out, but now it is back just below that level.

If we look at the four-hour chart, it is not so clear that 125.00 can be treated as the correct barrier to the EURJPY price. Bulls were stopped here several times in January, which led to consolidation under this level, but since the beginning of February it has been broken once upwards, once downwards. If we look at the wider sentiment, it is easy to see that last year 125.00 stopped the drops in this pair several times. 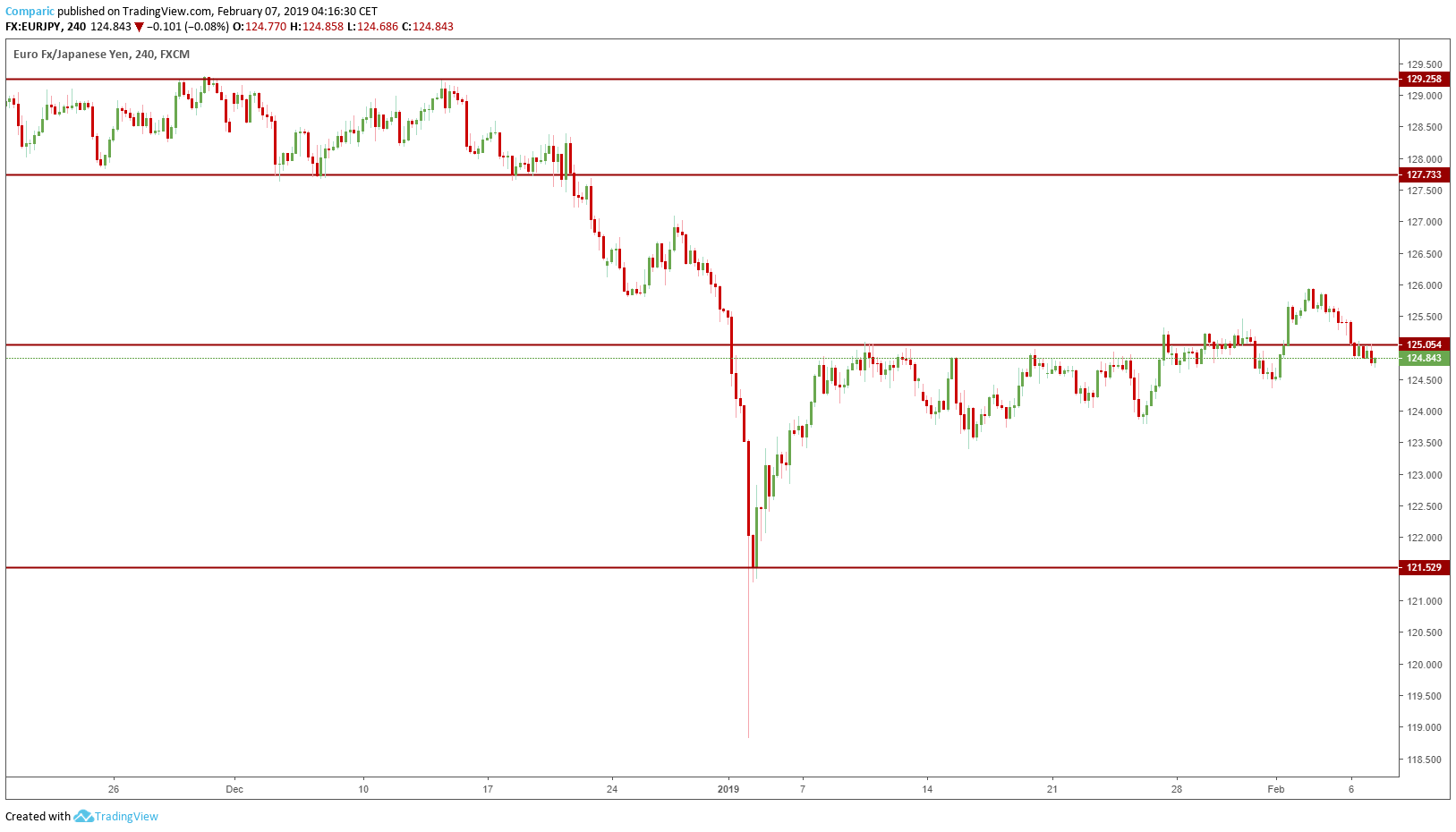 To take advantage of the analysis and invest in EURJPY,
Check out the offer of HF Markets Broker.

Now, if there was a stronger downward rebound, it could be a sign of the return of the bears. In such a scenario, I would look for a target for depreciation in the support area at 121.50. If the euro/yen exchange rate starts to rise, the closest barrier is around 127.70. In both cases, there are more than 200 pips to earn.