The last few sessions definitely belonged to bears on EURJPY. The price fell dynamically from the vicinity of the important resistance at 130.85 to support at 128.50. This is the first place where we can expect a reflection. Will bulls manage to change the direction? It’s hard to say whether the support at 128.50 will stop the falls on this pair. This level worked well at the beginning of August, it was only after the third attempt that it was broken. In turn, during the upward wave of August 23, it did not act as a resistance, the price broke through without much effort. If there was a rebound from 128.50, the target for increases is the resistance around 130.85. It gives about 200 pips of profit. However, if the support falls, the next goal is the next one at 125.40, which may result in nearly 300 pips of profit.

To use the analysis and invest on EURAUD, check the offer of the HotForex broker 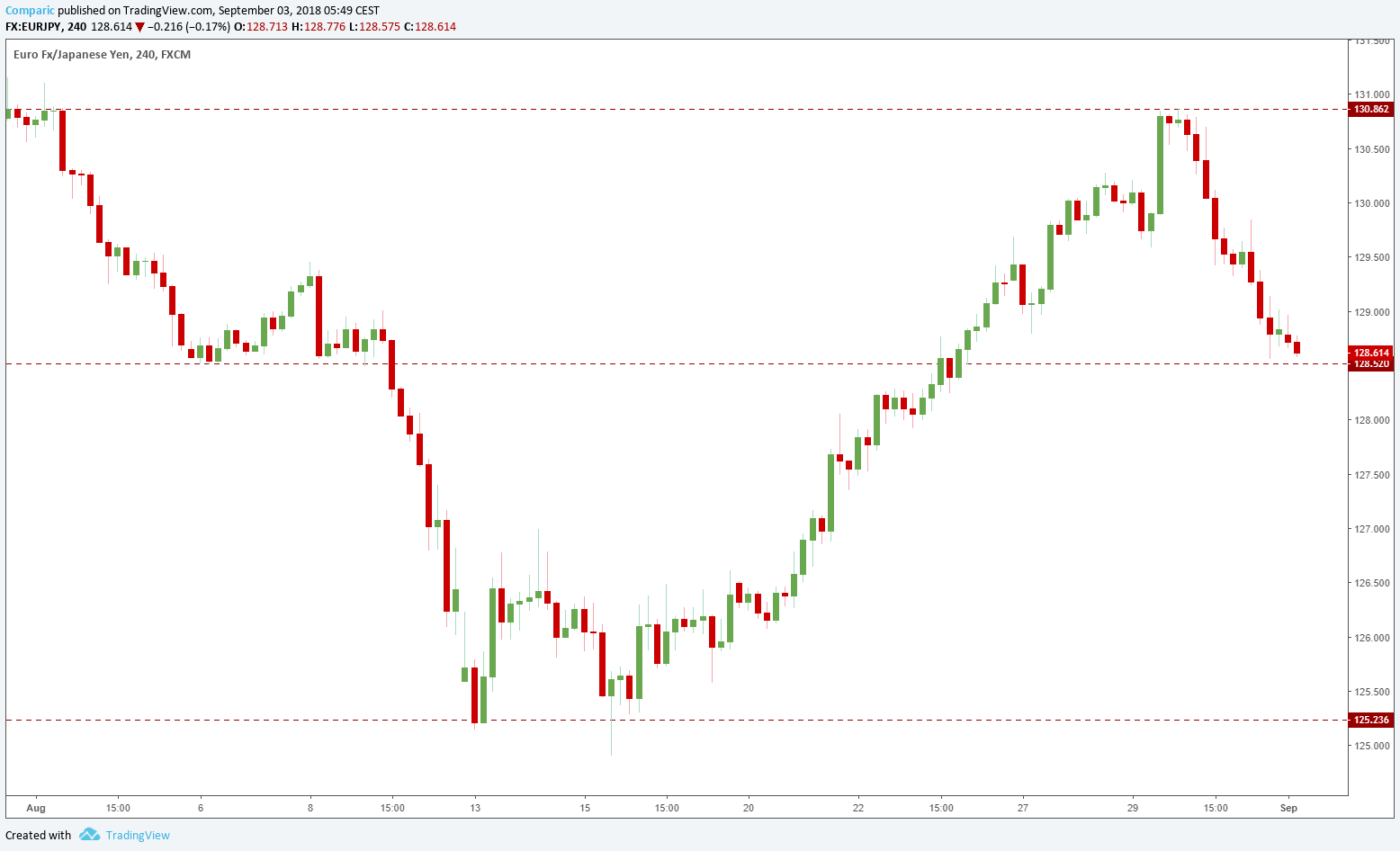