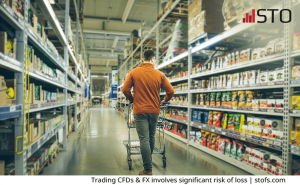 On Wednesday April 4th 2018, Eurostat will release preliminary data regarding the Consumer Price Index (CPI) in the Eurozone during March 2018. The CPI is an indicator to measure the rate at which the prices of goods and services bought by households rise or fall, which is the rate of inflation, referred to as the CPI inflation.  Eurostat will also include in the release core CPI data, which measures price movements excluding the ones of volatile components such as food, energy, alcohol and tobacco.

Unemployment rate in the Eurozone

On Wednesday April 4th 2018, Eurostat is going to release the Eurozone’s unemployment rate data for February 2018. Analysts forecast that the rate fell to 8.5% from the 8.6% figure recorded in January 2018. If the result of the survey is in line with analysts’ expectations, the rate will have hit a new 9-year low record. The unemployment rate is one of the leading indicators for the conditions of the Eurozone’s economy.

The result of decreasing unemployment rate, which means that more people are getting employed and have available incomes to spend, could help in boosting the economy. A dropping unemployment rate figure could be seen by traders as positive for the Euro, while an increasing rate could prove negative.

A report published by the European Central Bank (ECB) on March 28th 2018 showed that lending to Eurozone’s companies slowed during February 2018. Lending to non-financial corporations grew by 3.1%, much less than the 3.4% post-financial crisis high recorded in January 2018. Economists expressed their opinion that reduced lending could be a sign that the Euro-bloc’s economic expansion and recovery may be losing momentum.

Market analysts suggested that if the slowdown in lending continues, the members of the ECB’s governing council may have to reconsider the ways which the Bank will use to tighten its monetary policy, either by limiting the quantitative easing (QE) program or by hiking its interest rates from their current historic lows. While lending growth is near its best level since the beginning of the financial crisis that hit the European Union in 2010, it’s still below the pre-crisis figures.

German economy expanded by 0.7% in Q1 2018 according to DIW Berlin report

The German Institute for Economic Research (DIW Berlin) published on March 28th 2018 its Economic Barometer for March 2018. The Institute’s Barometer came in at 118 units, higher than the 113 units recorded in February 2018. According to the DIW Berlin’s report, the German economy is expected to have expanded by 0.7% in the first quarter of 2018 when compared to the first quarter of 2017. In their report, DIW Berlin’s economic analysts noted that “the economic boom has continued, fueled by powerful exports. Over the coming months, the German industrial sector is likely to live on the most recent surge in orders, but a slightly more moderate pace is emerging for the second half of the year. Due to increasing shortages in the labour marker, wages are likely to rise noticeably.”

STO and the Euro

The Euro to US Dollar, the Euro to British Pound and the Euro to Japanese Yen are just three of the currency pairs you can trade with on the STO platform. STO clients can select from a variety of over 30 currencies and plan the suitable trading strategy for them. STO provides traders with a daily fundamental and technical analysis that aims to help them reduce the trading risks.