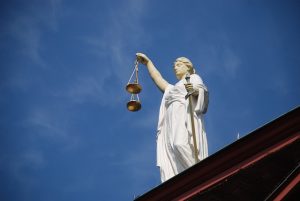 The former head of Barclays Capital Inc.’s (Barclays) New York foreign exchange trading operation was charged yesterday in an indictment for his alleged role in a scheme to defraud a client of Barclays through a method commonly referred to as “front-running.”  The charges relate to the manipulation of foreign exchange options in advance of an exceptionally large trade by the Palo Alto, California-based Hewlett-Packard Company (HP) in 2011.

Robert Bogucki, 45, of East Setauket, New York, was charged in an indictment filed in the Northern District of California on Jan. 16, with one count of conspiracy to commit wire fraud and six counts of wire fraud.  Bogucki will make his initial appearance on Wednesday, Jan. 17, at 2:00pm in Brooklyn, New York, before U.S. Magistrate Judge Cheryl L. Pollak of the Eastern District of New York.

“Robert Bogucki and others allegedly not only betrayed his client’s confidences, but also risked undermining public trust in the foreign exchange options market,” said Acting Assistant Attorney General Cronan.  “The Criminal Division and our law enforcement partners remain committed to protecting American interests by investigating and prosecuting sophisticated schemes such as the one alleged in this indictment.”

“The indictment returned today charges a fraudulent manipulation scheme where the defendant betrayed Barclays’ client by lying and misusing the client information, and then masked the activities,” said Inspector General Lerner.  “We are pleased to work with our law enforcement partners in investigating these matters and protecting the integrity of the banking system against such alleged abuses.”

According to the indictment, in September and October 2011, Bogucki misused information provided to him by HP, which had hired Barclays to execute a foreign exchange transaction related to the planned acquisition of a UK-based company.  Barclays was selected to execute the foreign exchange transaction – which required the sale of 6 billion British pounds worth of options – in September 2011.  The defendant and other Barclays employees assured HP and its employees that they understood the need to keep the planned transaction, which was exceptionally large, and therefore “market-moving,” confidential.  Instead, Bogucki and other Barclays employees allegedly used the confidential information they received to manipulate the price of “volatility,” a metric that affects the value of foreign exchange options.  During conversations with Bogucki, one Barclays trader stated that he and other traders would “bash the sh*t out of” and “spank the market” to depress the price of volatility.  Other Barclays traders also discussed “hammer[ing] the market lower” in order to decrease the value of the HP’s options.

The indictment alleges that, as part of the scheme, Bogucki made misrepresentations to HP and its employees about Barclays’ activities and the state of the options market that concealed the self-serving nature of Barclays’ actions.  Specifically, the indictment alleges that Bogucki directed options trading in a way that was designed to depress the price of volatility, to the benefit of Barclays and at HP’s expense.

The charges in the indictment are merely allegations, and the defendant is presumed innocent unless proven guilty beyond a reasonable doubt in a court of law.  This is the second indictment brought against the head of a foreign exchange desk of a global financial institution related to the Criminal Division’s ongoing investigation of fraud and manipulation in the foreign exchange markets.

The investigation is being conducted by the FDIC’s Office of Inspector General.  Assistant Chief Brian Young and Trial Attorney Justin Weitz of the Criminal Division’s Fraud Section are prosecuting the case.  The U.S. Attorney’s Office for the Northern District of California provided substantial assistance in this matter.