The Thursday session on the German stock was successful for shareholders, the DAX stock exchange gained 1.19% mainly in the first phase of the session, reaching highest value since June 14th. Trade tensions dropped after reports that the US would propose zero tariffs to the EU. Data from the German economy surprised in a positive way, orders from factories increased in May to 2.6% while only 1.1% was expected; also the data for the previous month has been revised upwards.

Among the components of the DAX index, the best result was recorded by Linde, which gained as much as 4.49%, meanwhile Volkswagen increased by 4.05%. The worst performers were Vonovia, falling 1.74%, and Beiersdorf was down 0.29%. The total number of growing companies exceeded the number of losers listed on the Frankfurt Stock Exchange by 455 to 261.

Strong directional movement caused that DAX reached almost the July pivot, which is placed at 12,512 points. Today at the opening, due to the bullish gap, this resistance has been booked, and the price has so far reacted with a slight slip. Staying at the end of the week above 12,500 would be a positive signal for the market, otherwise it will be a good time to profit. 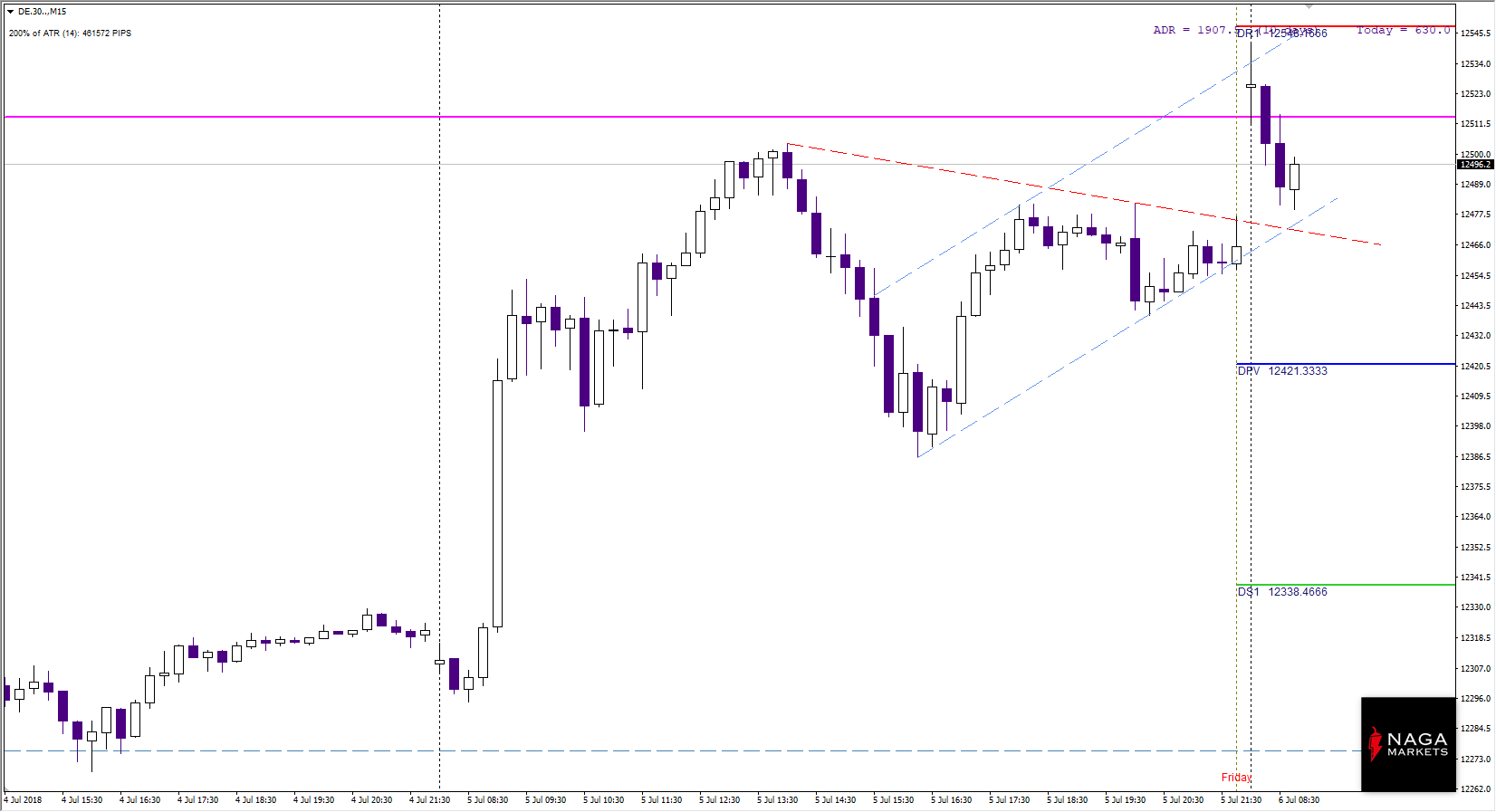 In the short term, the price is located in the growth channel, the upper limit of which is in the immediate vicinity of the local resistance R1 – 12,550 points. Directional point in the area of the lower zone of yesterday’s consolidation 12,204. The area of greatest interest of the players is 12 460-40 points.