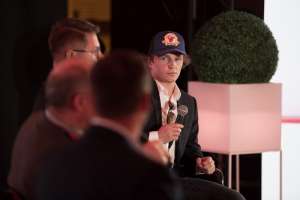 Yesterday we informed our readers that Krypto Jam SA, a company owned by Rafał Zaorski, signed a letter of intent with Merlin Group SA. This leading Polish e-commerce company, owner of such well-established brands as merlin.pl or cdp.pl, will become the first tokenized stock exchange company listed on the Polish New Connect platform. However, it turns out, this is just the beginning…

Today we have seen a comment from Rafał Zaorski, who probably does not need to be introduced to anyone, at least in Poland. By way of a short presentation, he is an experienced businessman, investor and speculator, who has been involved in financial markets for almost 20 years. He is also one of the originators and creators of the Trading Jam Session community which, as of now, consists of nearly 25,000 members. However, he has gained great popularity and fame by revealing the details of his multi-million dollar investments and sharing profits with the people in need. 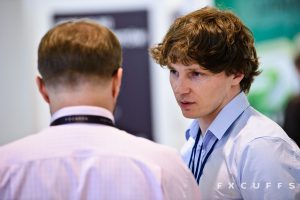 Despite being sceptical about the cryptocurrencies market, which, in his opinion, is another speculative bubble, several months ago Zaorski decided to set up a company called Krypto Jam. It employs professional traders specialising in speculation on digital assets. In mid-May, the company also signed a PLN 20 million agreement with BitBay for the tokenisation of its shares, placement of ICOs and the purchase/sale of cryptocurrencies to institutional clients.

We are on the threshold of a revolution

Below, we are quoting what Rafał Zaorski has said about his venture, cryptocurrencies and the blockchain technology.

I think that over the next 3 years, Krypto Jam will spend up to 1 bln PLN on various blockchain related acquisitions… Merlin is one of the first companies on the WSE in which we have invested and at the same time provide appropriate know-how.

I must admit that our plan is to make money on each such transaction in the long term, generating added value for clients and investors. We are on the verge of a revolution similar in scale to the Internet one. While the internet was an egalitarian revolution in terms of access to information, blockchain is the one that involves digital trust in information. The next stage of the digital inception.

Referring to various comments circulating on the web and his extensive trader’s experience:

Don’t forget that I am also an entrepreneur dealing, among other things, with restructuring. On top of that, I am a programmer, though not as active as I used to be, but I understand very well in which direction changes are going. Blockchain will generate added value for economies in the future… just as now the Internet is becoming the fourth type of economy, after agriculture, industry and services; in 20 years’ time, we will be talking about an economy of digital trust.

About his experience and bright future of Poland in the blockchain and crypto sphere:

It’s quite flattering that the media call me young, although I have almost turned 40 and have 20 years of business experience. I still feel young for businessman… and I know that Poland, having some of the best programmers in the world, can become a leader of these changes. We may have slept through the Internet revolution as we emerged from 50 years of subservient socialism or communism (it all depends on your perspective). But now that we have access to the EU market and being one of the most open economies in the world and at the same time a developed country, we have the right base to fight for our place at the table with the blockchain piece of cake on it.

What is to be done in the coming years is to implement blockchain-based models that are fully-operational and translate into measurable business results. Blockchain does not boil down merely to cryptocurrencies as many people think, just as the Internet is not limited only to domains … and after all the speculative boom in domains started off the Internet in 1995.

We wish Rafal Zaorski and his enterprise lots of success in this and other ventures. Poland, with its extensive pool of talented entrepreneurs, traders, IT specialists and innovators, deserves to hold its rightful place among leaders in new technologies, including revolutionary blockchain solutions. 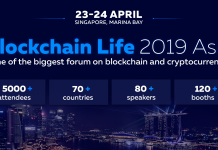 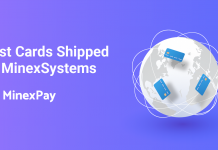