In the middle of the week, we observed declines on the German index, which dropped by 0.87%, while the futures contract after the closure managed to rise after the European Union agreed to make concessions regarding, inter alia, industrial tariffs. After the Trump-Juncker meeting, we are observing a resolve of the dispute between US-EU and the DAX maintains most of the growth from the evening hours.

Among the components of the DAX index, the best result was recorded by Linde, which gained 1.20%, while Vonovia increased by 0.95%. The worst result was Infineon Technologies, dropping as much as 3.47%, while Volkswagen lost 2.72%.

At yesterday’s session, the sellers managed to lower the price to the weekly pivot, but this managed to defend itself, which turned into a rather dynamic ending. At the opening, players from Europe seem to accept higher prices, the bias has been picked up and the DAX is already at the maximum. 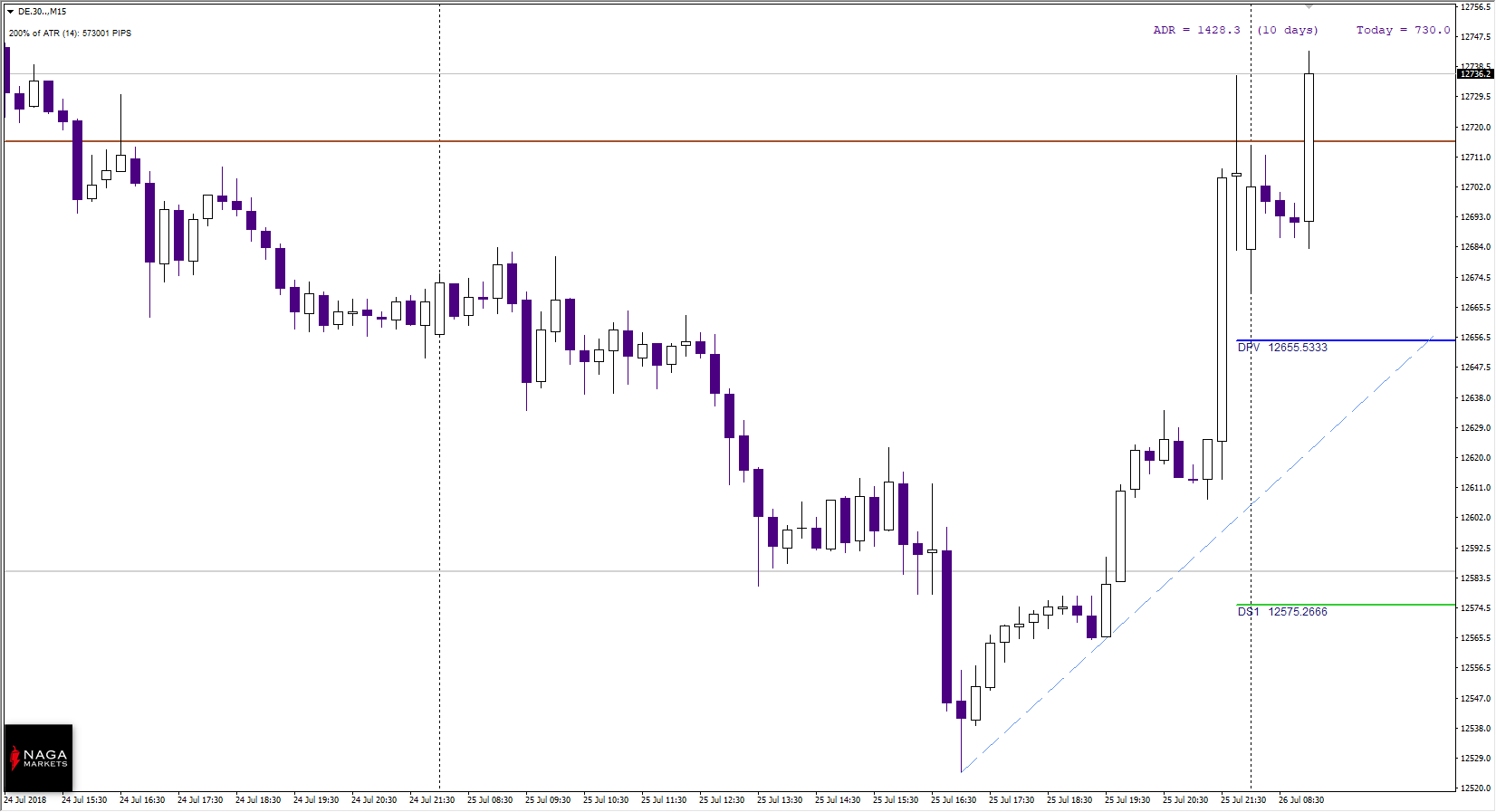 The nearest local resistance R1 around 12 785 points, is also the maximum from the previous week from where the price retracted to nearly 300 pips. The support will be the directional point at 12 655 and the level of 12 600 points illustrating the greatest interest of traders.