Home Education Business cycles, when and what to trade on the stock exchanges –...

Financial markets are in constant motion, once they fall, once they go up. Many people think that there is no regularity or is small. Of course, this is not true, although a certain amount of randomness is the domain of financial markets, moreover, everything in life.

There are business cycles in the economy, which can be briefly described as periods of recession, i.e. a decline economic growth, inflation, investment, etc. and periods of expansion that will be characterized by increasing economic growth, rising inflation, investment, etc. Business cycles can be compared to the seasons. After the winter comes thaw and warmer days, and then again it comes the frost. Predicting that in the middle of the year, for example in July, the temperature will be above 20 degrees Celsius and it will not snow, it is much simpler than the weather forecaster will determine what the temperature will be tomorrow, not to mention in a few weeks.

Exactly the same is with the valuation of financial instruments. It is easier for an analyst to indicate what will happen to a given asset class in a particular phase of the business cycle, rather than to estimate whether the price of a given asset will be a few percent higher or lower in a few weeks. Among other things, this is why short-term speculation is much more difficult than long-term.

Phases of the business cycle

The business cycle can be divided into four phases, which will be characterized by an increase or decrease in such indicators as GDP, inflation, investment level, unemployment rate and many others. Traders should pay close attention to GDP and inflation, you can still add unemployment rate if you’re speculating on the US market.

Four phases of the business cycle:

In each phase, other assets will be more profitable compared to others, or even some should be avoided.

Depending on the situation in the economy, central banks will increase the supply of money or reduce or, directly, pump money into the economy or pump it out, which will cause that the economies will go into the next phases of the business cycle.

Someone might rightly ask whether central banks are responding to business cycles or cause them? The answer is simple, business cycles are caused by monetary policy of central banks. Regardless of which answer we give, the conclusion of this statement is that the actions of central banks give a lot of hints about what phase of the business cycle we are in, that is, in addition to observing GDP, inflation and unemployment indicators, we should also observe central banks. For more information, I refer to the article Federal Reserve System and its impact on the financial markets.

Observing business cycles will only indicate assets that have the best chance for growth. Whether it will be XYZ company shares, currency pair or treasury bonds, this must be decided by a trader. In addition, there are periods when prices of all assets fall or go up, more in a moment.

The crisis phase follows the crisis phase. The economy is rapidly scorched. Economic growth has reached its climax, the unemployment rate is at a very low level and is still not falling, it is often close to a few percent, all able to work can get a job. High economic growth results in higher prices, which is obviously monitored by the central bank. In order to avoid overheating the economy and create too many speculative bubbles, for example in the real estate market the central bank has been starting to raise interest rates for some time, because such actions always operate with a delay on the economy.

After the start of the crisis phase, investments and the rate of economic growth begin to fall due to the higher cost of money, higher interest rates, which makes some investments less profitable. The companies are starting to record weaker financial results due to high commodity prices and falling consumption, which until now has been strongly inflated. Prices may rise for some time, but at a slower pace than in the expansion phase.

In the crisis phase, traders should make profits or stay out of the market. Practically all assets are strongly overvalued, stocks, bonds, commodities. At any moment there may be a collapse of financial markets and strong declines of everything that is listed on the exchanges. In such a situation, one should remain outside the market, and the best way to multiply capital in this period is deposits, which are quite high lending rates due to the increase of interest rates by central banks.

We experienced a phase of crisis in the US in 2005-2007. At that time, the economic growth began to fall and the decline in unemployment stopped. Inflation fell sharply in 2008, and since the end of 2004 the Fed has started raising interest rates, which according to some economists such as John B. Taylor was too late. The Fed began to lower rates again in 2007.

Summing up, the crisis phase begins after the expansion phase, which can be characterized by the following phenomena:

In this phase of the business cycle there is a stronger collapse of stock exchanges. Virtually all assets, starting from shares, through bonds, and ending with raw materials start to fall. Economic indicators also do not fill us with optimism, the economic growth rate is falling, unemployment is on the rise and inflation is also falling, due to previously raised interest rates and weak economic outlook.

The most frequent collapse of capital and commodity markets. The central banks’ response to the recession and collapse of financial markets will be a reduction in interest rates. In a situation when the cost of money begins to fall, traders may start to slowly become interested in fixed-rate bonds, as their prices will rise (as interest rates fall, bond prices go up), which will allow them to sell them more.

The recession was in the US in 2007-2009, when the S&P 500 index began to fall. The correction on gold took place in March 2008, and WTI oil reached its peak in mid-2008. In September 2008 there was a real armageddon on the stock markets after the Lehman Brothers investment bank collapsed. On the other hand, the prices of US Treasury bonds went up from mid-2007. The stock market joined the boom in March 2009, almost two years later.

Summing up the recession phase:

In the first phase, economic growth reaches its climax, unemployment also does not want to go down, inflation is often increasing, but not so much as before. Central banks most often raise interest rates for some time. During this period, one should start thinking about making profits and investing capital on bank deposits due to raised interest rates.

After the crisis phase, a recession is coming. All macroeconomic indicators depress, GDP, inflation, unemployment, often in this period there is a stronger drop in the stock markets. In response to the crisis, central banks are beginning to lower interest rates and this is a good period to get interested in bonds. 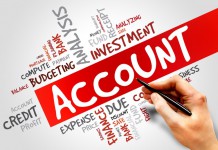 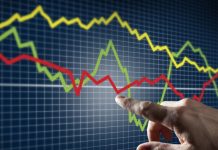 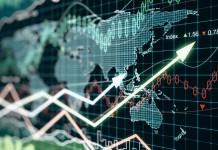