The Thursday’s session was successful for share holders, the German DAX grew at the close 1.82% and reached the level of 12,800 points, so the highest since June 19 this year. The consumption climate in Germany remained at a high level, the GfK rate was 10.6 against 10.7 a month ago.The event of the day was the ECB meeting, the council left the basic interest rates unchanged, uncertainty about inflation in the euro area decreased. The bank also maintained the current forward guidance for interest rates, QE and reinvestment policy.

Among the components of the DAX index, the best result was recorded by Bayerische Motoren Werke, which gained 4.42%, while Volkswagen increased by 3.96%. The worst result was Linde falling 0.95% while Adidas was below 0.40%.

The buyers succeeded in attaining and attacking last week’s maximum at 12,800 points, even despite the not-so-good attitude of the Americans in the afternoon session phase. The market after the impressive ending on Wednesday, creates a wedge formation and looks like it is heading to the upper limit, which coincides with the first daily resistance in the form of the R1 pivot – 12,860 points, the next barrier is already 12,900. 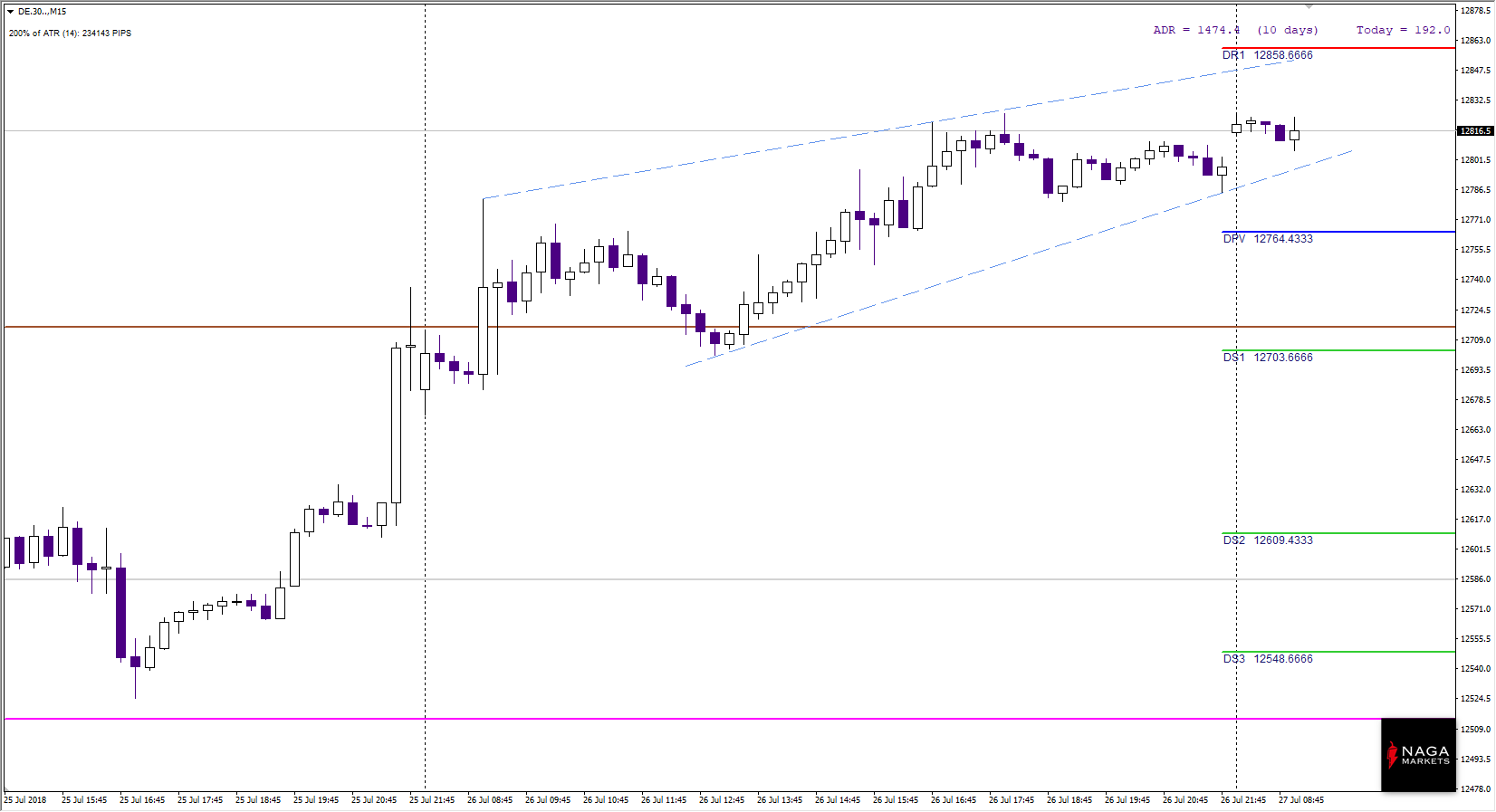 In the case of exit thru the bottom from the wedge and the desire to make profits before the weekend, the directional point which currently stands at 12,765 and the area of the highest volume interest can be tested is 12,740 (yesterday’s trading was over 100,000 contracts, which is above average).