Home Analysis Analysis for Newbies: NZDUSD – a positive test of resistance as a...

NZDUSD have been moving in a downward trend since seting the high in April this year. As can be seen in the daily chart below, the Wednesday session closed above the line of the mentioned trend. However, the course still remained under horizontal resistance close to 0.6850.

Resistance at 0.6850 fulfilled its role during yesterday’s session, when the quotes first climbed into new, weekly maxima, and then slid to closing the session. In addition, we see that the rate returned to the trend line, and the range of yesterday’s session included the entire price action from Wednesday. Thus, the Outside Bar formation was created on the daily chart, suggesting potential for further declines.

The closest, key support for this scenario can be found in the vicinity of 0.6688. However, before the sellers manage to get there, they will have to face a local defense level close to 0.6725. Alternatively, the bearish attitude will be questioned when the resistance confluence area is permanently overcome, where the trend line coincides with the horizontal 0.6850 level. 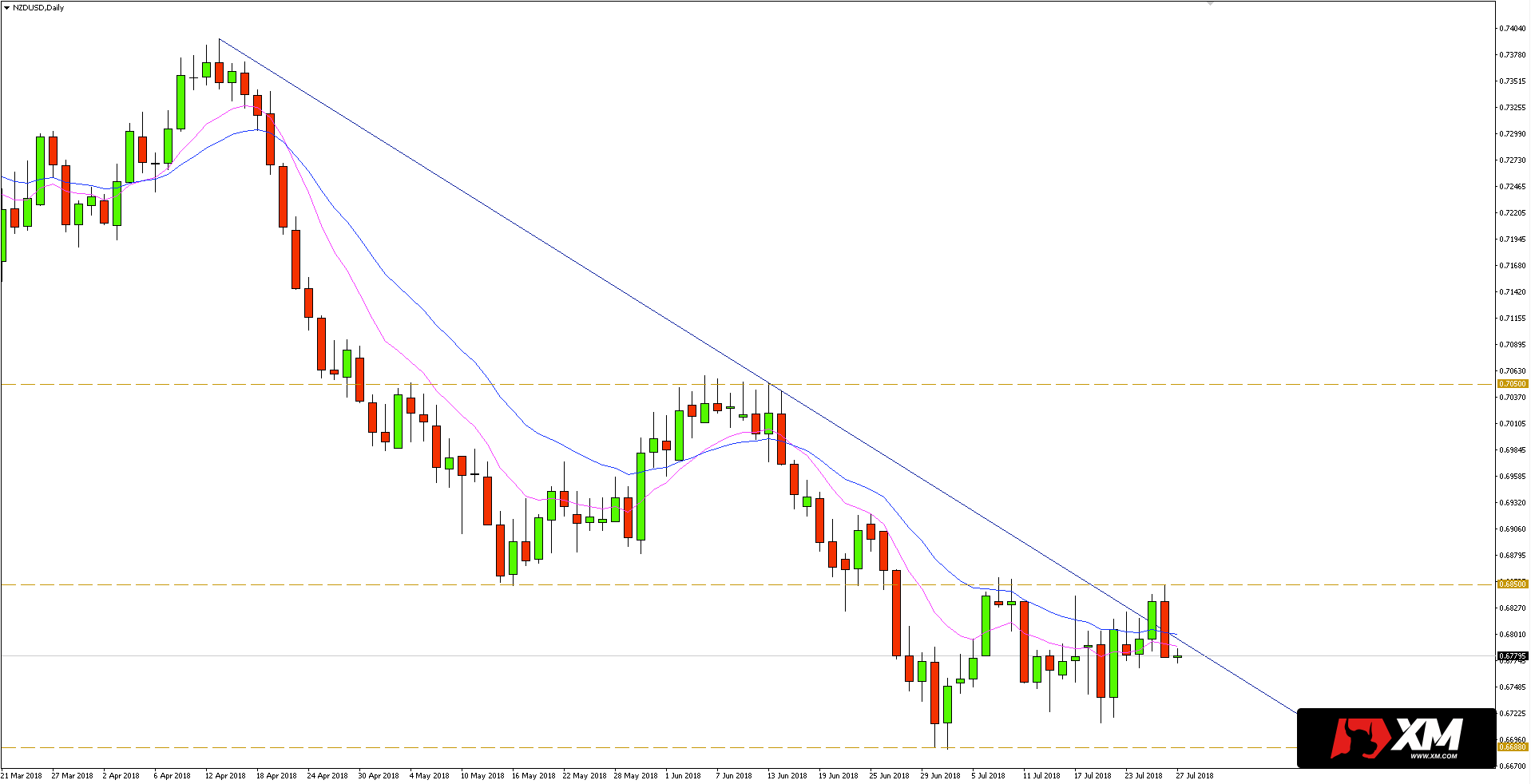