At DAX, the next session without resolving the lower volatility, the index practically did not change its value. Published preliminary CPI figures m/m were lower than forecast by analysts (0.1% vs. 0.2%); while the labour market in Germany was stronger than expected, change in the number of unemployed (-16 thousand to -10,000). The G20 summit is scheduled for Friday, which may shed more light on the US-China dispute. Among the components of the DAX index, the best result was recorded by Wirecard, which gained 2.98%, while Deutsche Lufthansa increased by 2.77%. The worst result was Deutsche Bank, falling 3.40%, while Deutsche Boerse lost 1.81%. The total number of growing companies exceeded the number of losing listed on the stock exchange by 434 to 269.

The market did not manage to break through the resistance zone yesterday, resulting from the long wick from Tuesday, three failed attempts by bulls forced to partially withdraw. Nevertheless, I decided to buy an index near S1 support, closing part of the profit position and leaving it to the second phase of the session. DAX turned out over reactive down to SP500, which means that the least resistance line indicates the southern direction. 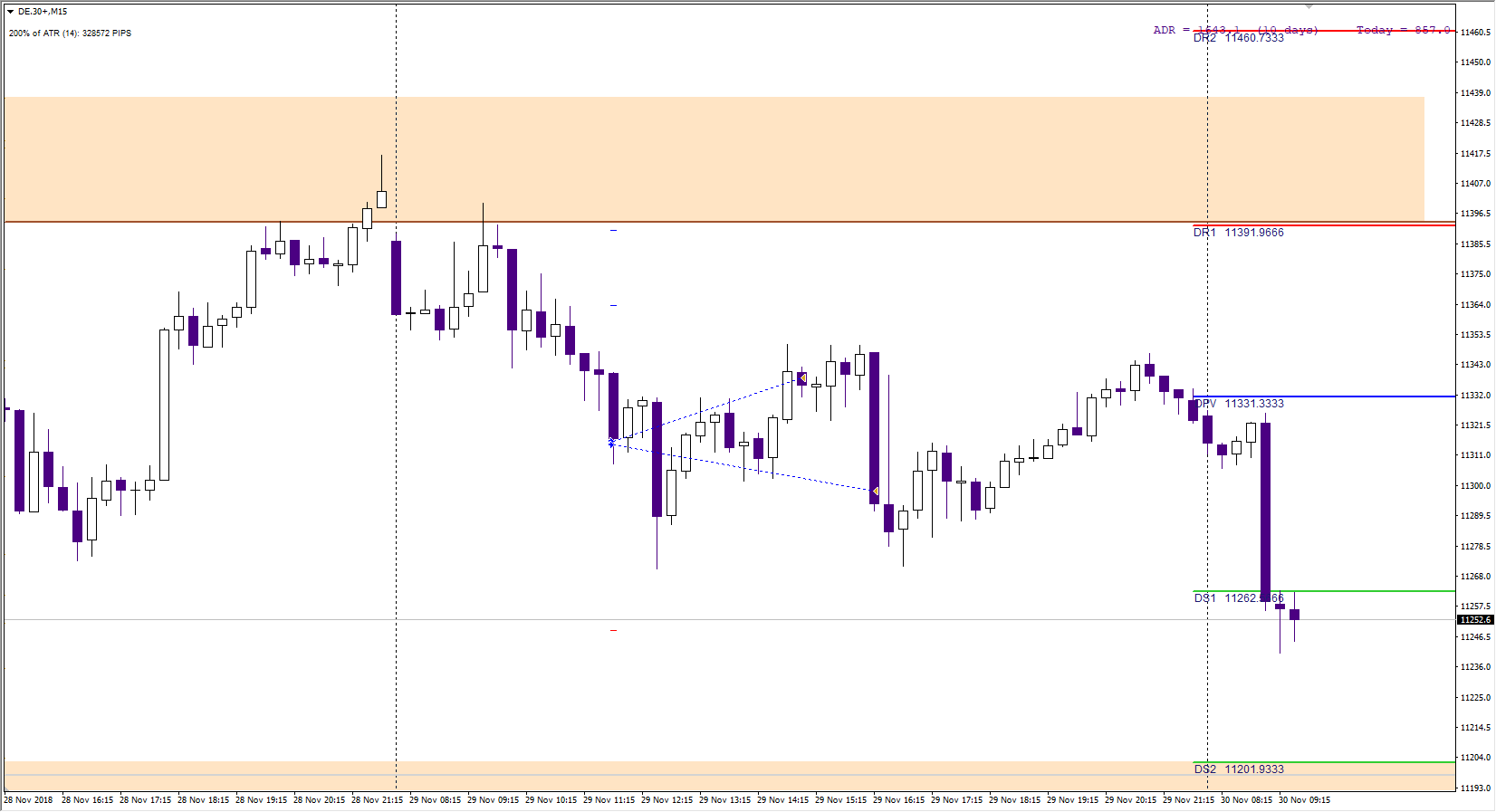 Today, the last session of November, after the first hour of trading, it is difficult to expect the whole month to end up in the upside (it lacks more than 200 points). DAX at the start drops below the key support of 11,250 points, which indicates a quick move towards the weekly pivot and the bullish gap – 11,200 points and even lower. Looking at the statement of exchange rates’ returns, it can be seen that the advantage of European stock exchanges is increasing … in the downside. DAX is the weakest among the presented values this month, the stock market in the UK and France looks equally weak. Definitely, Wall Street and also the Polish WIG performs better after Wednesday’s session, which is continuing its march to the north on the monthly extremes. 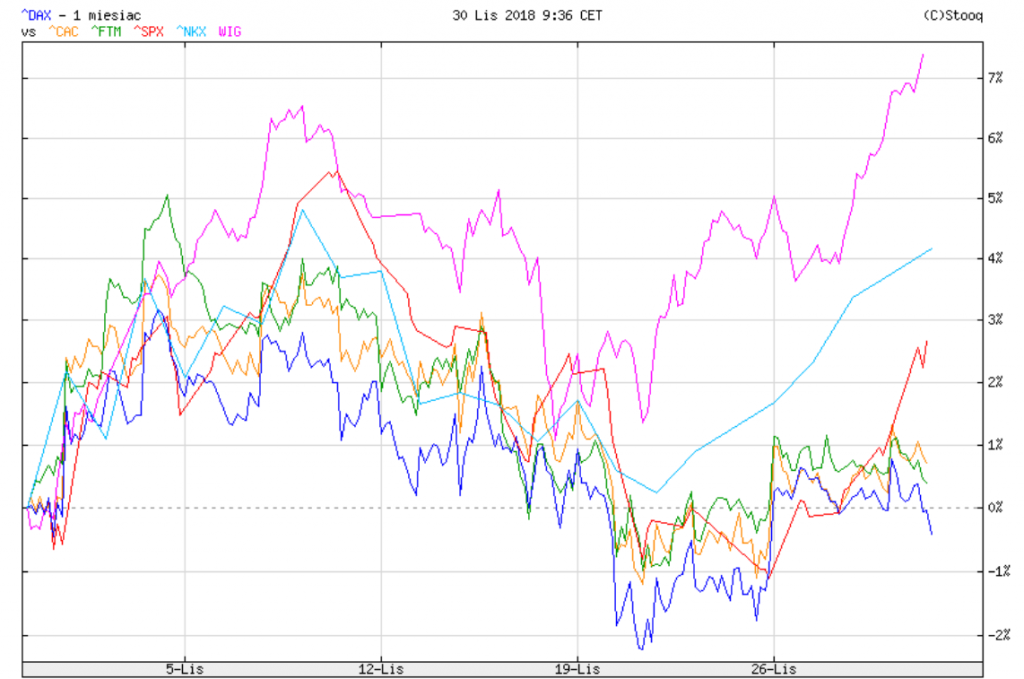