Home Analysis Important hours for the dollar – directions for trends are deciding –...

The last several hours of trading on the EUR/USD market did not bring any major changes in the technical image of this pair. One thing you can say is that the pro-growth sentiment has been maintained. 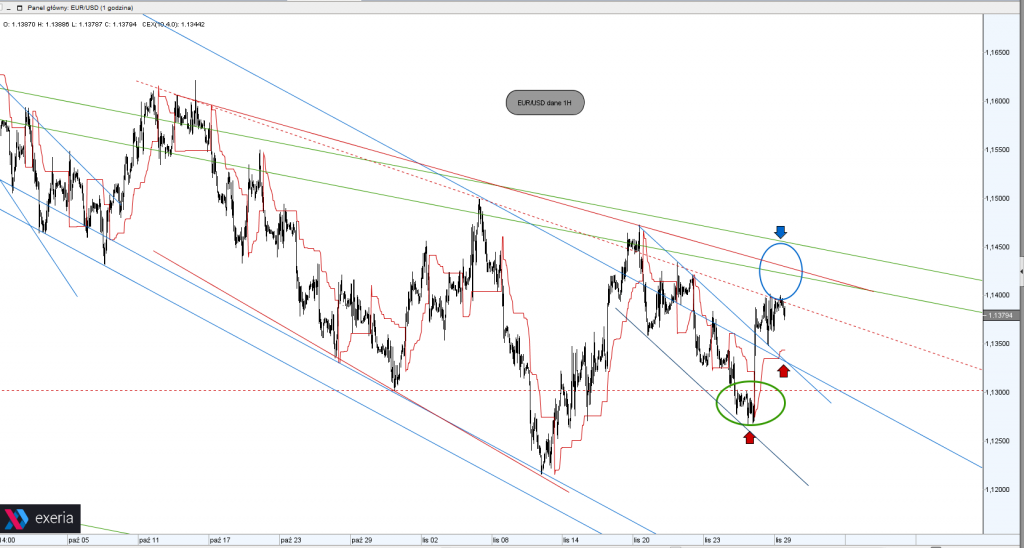 For me, such a thesis is supported by a positive test of support located in the vicinity of 1.1340, from which we have dynamically bounced back, quickly returning to the last maximums. As can be seen in the chart above, currently the trade in this market is below the lower limit of the important resistance zone and we are waiting either for it to be defeated or to be withdrawn back to the above-mentioned areas of support levels. What would happen if the eurodollar rises were continued? In my opinion, if we break above 1.1420, from a technical point of view the way towards much higher prices would be open. In this case, the first target for this pair could be around 1,1605, where the inner line of the long-term downward channel presented below is currently running. 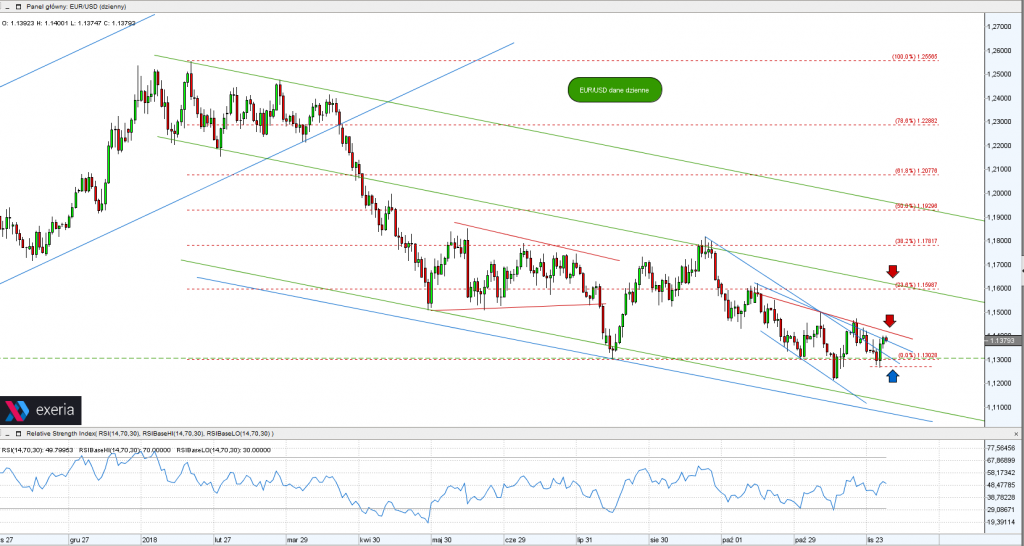 After a dynamic rebound from important resistance, the GBP/USD exchange rate has entered consolidation around recent local minima. It can be said that the process of waiting for the next move of this pair is currently under way. 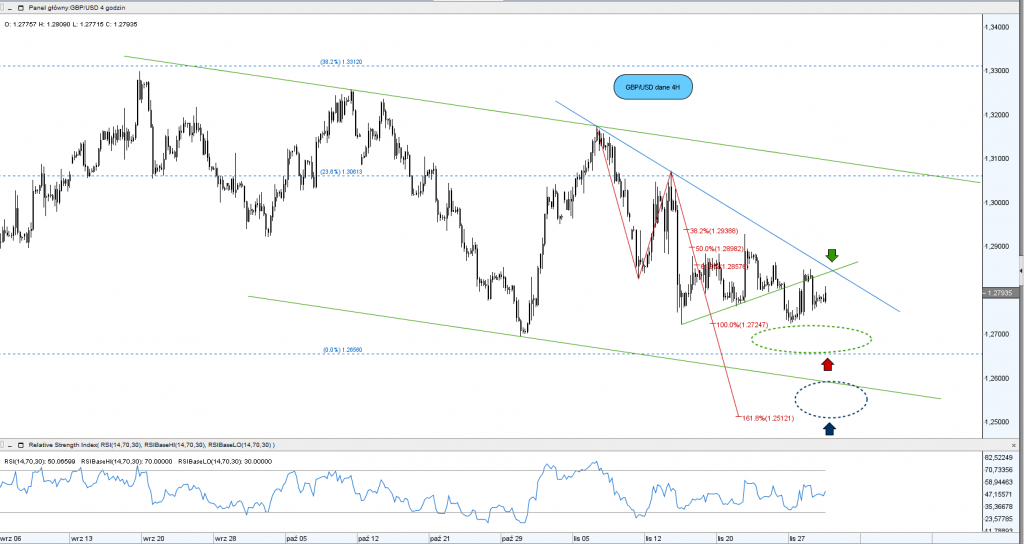 The direction of the further trend should indicate the direction of breaking from this local consolidation. Its limitations are at 1.2810 and at 1.2773. 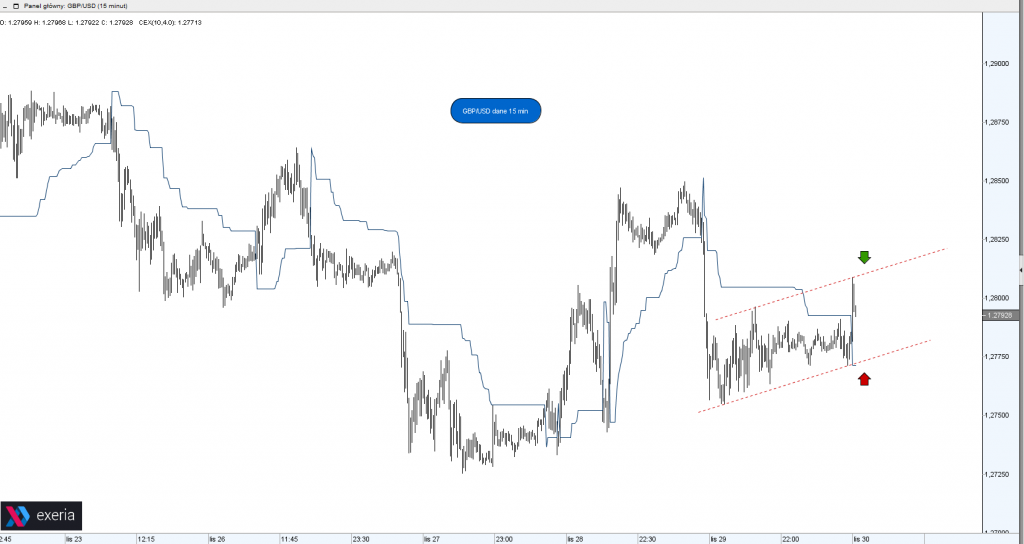 Overcoming the lower limit of this local consolidation would open the way towards zone 1.2724-1.2654. I showed it on the first of the above GBP/USD charts.

As for the USD/JPY and USD/CAD pairs, the situation can hardly be considered resolved in these markets. Although in both cases buyers gain a slight advantage. 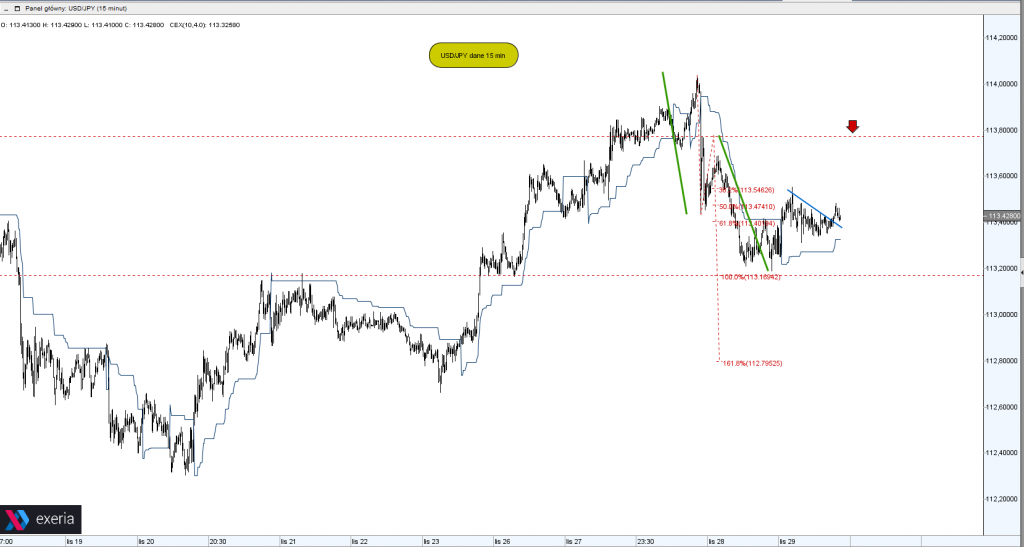 On USD/JPY, after filling two equal waves down, we are watching the activation of demand and breaking the top from the local consolidation. If the increases continue to around 113.77, in my opinion the last move down will have to be interpreted as a correction. In this case, in the next few days, an attack on key resistance at 114.00 would be possible. 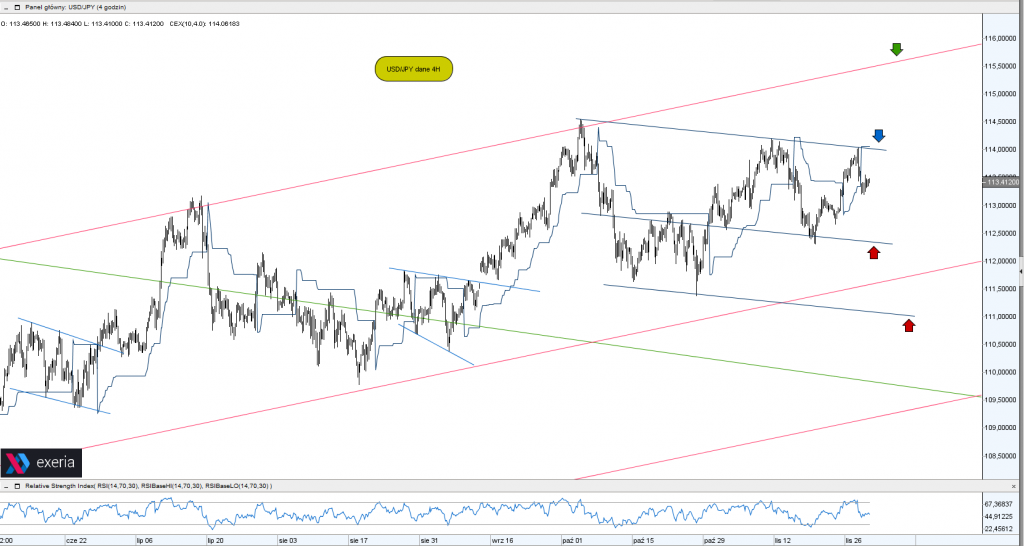 When it comes to the pair of USD CAD, the pro declining variant begins to fade here. The correction of the dynamic downward movement of November 28 is already too long. If these drops from 28 were a prelude to larger corrections, then the supply side has only few hours to confirm such a variant. Confirmation of the downward trend will be breaking 1.3270, where key, short-term support is found. On the other hand, returning to 1.3330 would open the way for the continuation of growth within the channel that has been growing since the beginning of October. 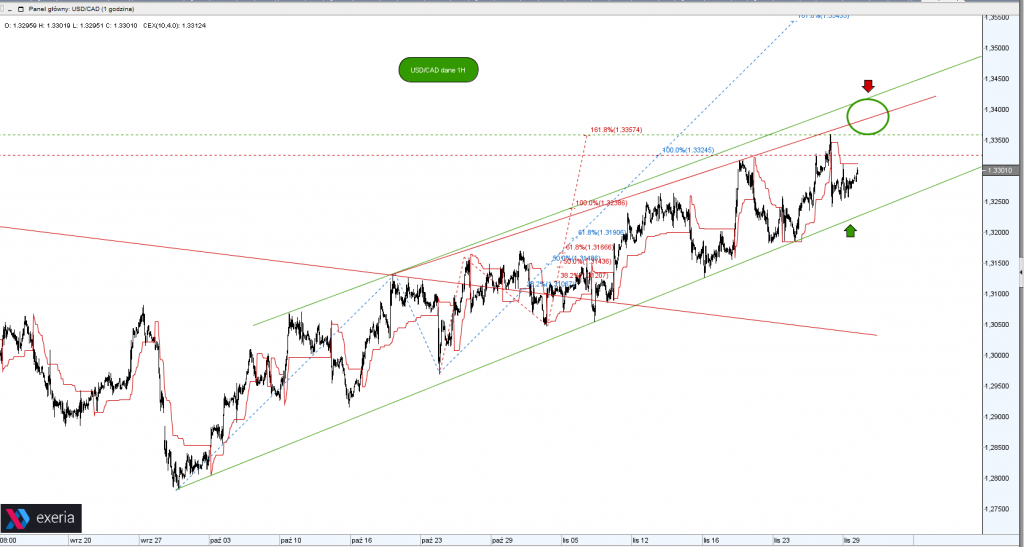