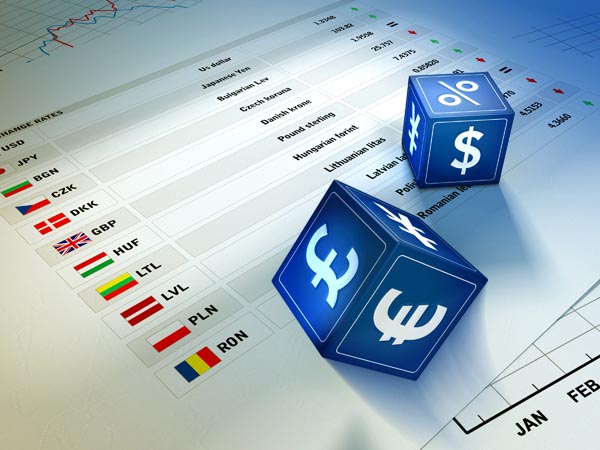 Many people do not wonder what interest rates are and how they affect our lives. There is probably also a large number of traders who do not realize at all the importance of interest rates in the valuation of the stocks. The reading of this article should approximate the impact of interest rates on the economy and capital markets.

At the beginning, let’s look at the definition of interest rates, which reads as follows. It is the cost of capital that we borrow from its owner, for example a bank, i.e. it is the price of capital that we must pay if we want to buy it or rent it more precisely.

Interest rates and its impact on everyday life

Before we discuss how interest rates affect financial markets, I would like to briefly present its impact on everyday life. Let’s leave the interbank market and move to the level of consumer loans, which, as everyone probably guessed, are also dependent on the interest rates set by the central bank. For example, consumer credit may cost the client of ABC bank 10% per annum, i.e. EURIBOR + bank’s margin, because we have to pay more than the interbank rates (EURIBOR).

Interest rates will affect the price of loans, but also how much money we will receive for the funds deposited in a bank. At low interest rates, income from deposit does not cover the level of inflation, which in fact means that we lose keeping capital on deposit. Then it is worth being interested in alternative ways to multiply capital. If interest rates are so high that they outweigh inflation, then bank deposits are a good and certainly safe form of multiplying capital.

The level of interest rates is very important for our wallet, because it depends on how much we pay for the loan, whether we should put money on bank deposits, or maybe look for alternative investments to multiply capital, until finally interest rates have an impact on the prices of products we buy ranging from real estate to basic articles.

It might seem that the drop in prices is beneficial for customers, so why are central banks struggling heavily for inflation in some periods? Central banks have assumed that the inflation level around 2% is good for everyone. Companies can grow, consumers do not pay too much, and everyone is happy. However, there are many theories that it is more healthy for society and the economy to allow prices to fall, as is the case in the IT equipment industry. It seems that there are no chances yet, and central banks will continue to seek inflation of around 2% at any price, which will allow further growth of corporate profits. Only the costs can be huge. Many countries now have public debt exceeding 100% of GDP!

The Federal Reserve System (Fed) is a central bank in the United States that was founded in 1913 as a private bank on the initiative of John Pierpont Morgan, the founder of JP Morgan Investment Bank. The Fed consists of three basic institutions:

The Board of Governors consists of seven members elected by the president with the consent of the senate. The terms of office are 14 years and the president is elected for 4 years.

The FOMC consists of 12 members, 7 members of the Board of Governors and 5 representatives of the Federal Reserve Bank, who rotate rotating every year, except for the president of the New York Bank. The Board of Governors has a majority in the FOMC, and the Board members are chosen by politicians and their interest groups form monetary policy.

The Fed will be increasing interest rates when the following factors are met:

The Fed will be decreasing interest rates when:

The Federal Reserve always looks first at the situation on the labor market, and only then at the level of prices and economic growth. This has its determinants in history, because the United States has been struggling with high unemployment and not inflation for a long time.

Interest rates and its impact on financial markets

Expansionary monetary policy consists in ramping up lending in order to stimulate the economy, i.e. increase in prices, investment and a drop in unemployment. Central banks in order to stimulate lending, or increase the money supply, will mainly lower interest rates, to encourage borrowers to take more and more loans and discourage people with capital to hold on to deposits. Central banks have several other instruments that they can try to stimulate the economy. They can lower the reserve requirement rate, which is the amount of capital that commercial banks have to keep in the accounts with the central bank. They can also introduce more unconventional methods, such as quantitative easing.

As an example Fed in response to the financial crisis from September 2007 began to lower interest rates by making three cuts, and in 2008 the Fed fell seven times federal funds rate. Then, by the end of 2015, it maintained practically zero interest rates.

The central bank affects the market interest rates by setting interest rates and bond yields. When the central bank begins its expansive monetary policy, first of all, bonds that will raise prices will react to the fall in interest rates. This is also what happened with 10-year US bonds (10 Years T-note), which started growing in July 2007. Then, cheap capital will move to the stock market, which usually reacts later to a reduction in interest rates, which ranges from a few to several dozen months. The stock market in the US started with a bull market in March 2009, about a year and a half after the bond market.

Restrictive monetary policy is the opposite of expansive and aims to reduce lending and, consequently, money supply. The central bank will increase interest rates to prevent the economy from overheating. The Fed has started raising the federal funds rate since December 2015.

The bonds for changes in interest rates will react in the first place. Interest rates increase will cause bond prices to fall. Then, the bear market should appear on the stock market. Certainly the worrying situation is the period when treasury bond prices have been falling for some time and the stock market is still going up, because these markets should usually go in the same direction. Prices of 10-year US Treasury bonds have been in a horizontal trend since mid-2012, and since mid-2016 they have been falling sharply. In turn, the S&P 500 index sets another historical record. Of course, this is just one of the disturbing elements, which does not necessarily mean a crash on Wall Street, but certainly should give food for thought. 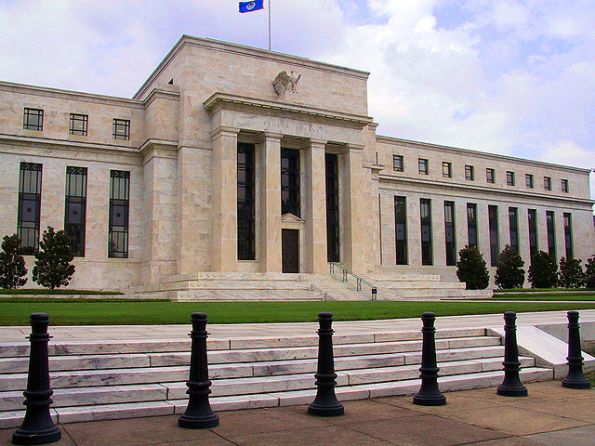