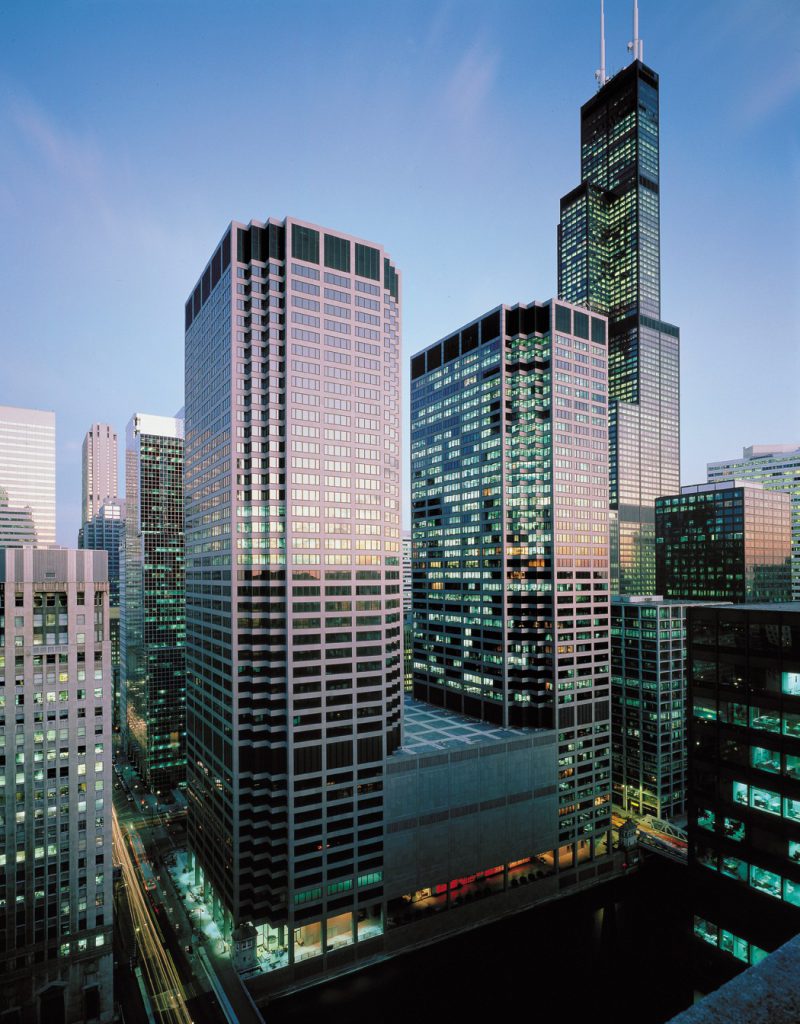 In the 1980s, the connections between the different segments of the financial markets began to be increasingly recognized. The development of US futures markets has led to more and more financial instruments based on bond , short-term interest rates, currency pairs, and so on. They began to see the relationship between stock, bond, currency and commodity markets. In addition, there are close links between markets located all over the world. It is difficult to imagine a bull market in emerging markets when we have at the same time crashed in developed markets.

For investors, this means that the analysis of any one market can not take place independently of the rest of the financial market, rather than what happens on other world exchanges. Investors in the stock market must watch closely the events in the bond market and those in turn should follow the commodity market, and everyone should watch the currency market, and above all, the US dollar.

All markets are related

The financial market can be divided into four basic segments:

The commodity market usually moves in the opposite direction to the foreign exchange market, in particular, the US dollar usually runs counter to precious metals such as gold, silver and platinum. Less dependence, but equally strong is observed between the US dollar and oil, industrial metals, agricultural commodities.

The bond and stock market usually runs in the same direction, and the debt market is often ahead of the stock market trend, which means that the bull market will usually break down before the bull market and then on the equity market. Conversely, during the bond market the first bond will move up or, possibly, move on both markets simultaneously.

Why seemingly so different markets are closely related? Inflation is the key to solving this puzzle. Prices of commodities, oil, industrial metals, as well as gold silver, are ahead of the CPI (Consumer Price Index) and PPI (Producer Price Index). This means that rising prices on world commodity markets will accelerate inflation and vice versa. Periods of inflation growth are characterized by an increase in interest rates, and periods of low inflation and even deflation will mean lowering interest rates by central banks. As a reminder, falling interest rates and yields of bonds mean that their prices are rising, and this situation usually goes hand in hand with falling commodity prices. On the other hand, the rise in commodity prices will result in an increase in inflation, as a consequence of rising interest rates and bond yields, it means falling in price.

With a deflationary period and very low interest rates, we have had to face practically all over the world after 2008, when the financial crisis broke out. However, throughout 2016, we observed a surge in the commodity market. Crude oil prices have doubled, also precious metals such as gold and silver have gone up, although at the end of the year they gave up part of the upward movement after winning the presidential election of Donald Trump. The rebound in commodity prices has fueled inflation in late 2016, normalizing monetary policy, mainly in the US, where the Federal Reserve finalized the QE program in 2014 and raised interest rates, and in the bond market we had a sharp fall in prices.

This is the latest example that the reflection of commodity prices will have an impact on inflation, which in turn will lead to an increase in market interest rates (yield on bond), and this will eventually cause a fall in bond prices. Thus, due to inflation, we observe a strong correlation between the commodity market and the market for treasury bonds. On the other hand, the bond market often anticipates changes in the stock market ahead of time as the bond market is more sensitive to changes in inflation and interest rates. 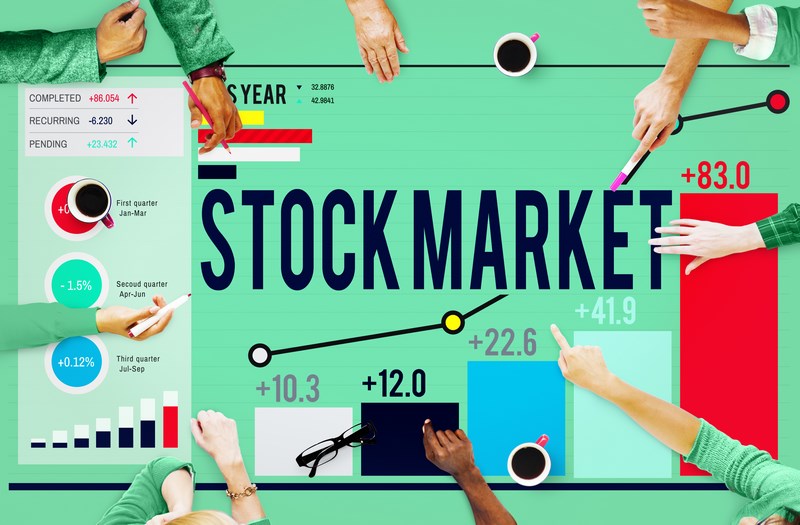 The bond market typically outperforms the equity market or, in the event of a simultaneous shift, changes in both markets, which is a very valuable hint for investors involved in the equity market. The collapse in the price of treasury bonds in the long-term uptrend may be a signal that it’s time to think of closing long positions on the equity market. The debt market is very influenced by expectations about future inflation and usually responds earlier to inflation and interest rates or expectations, than to the equity market, and possibly collapse simultaneously on both markets. The debt market during a recession will usually begin to grow earlier than the stock market. Investors after the turbulence in the economy and the financial markets will first turn their capital into a safer bond market and then into more risky equity markets. Bond market most often outperforms the stock market by several months.

Commodity market and US dollar 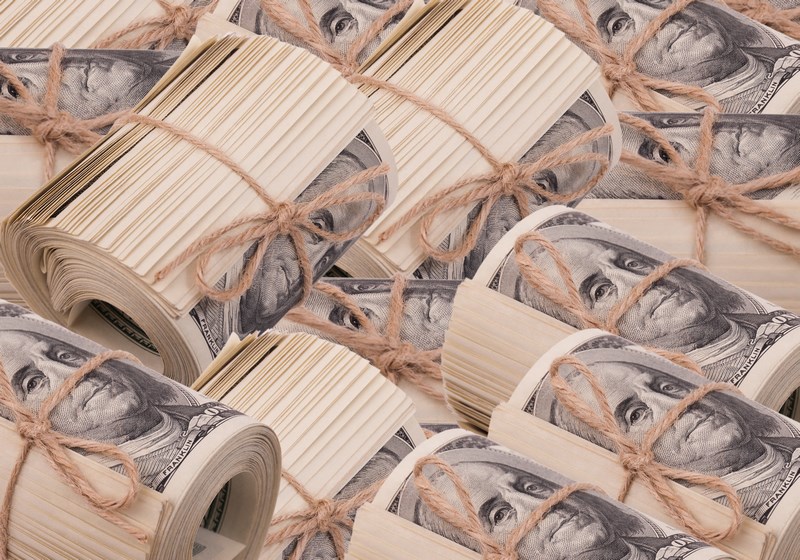 The US dollar is strongly correlated with commodity prices because the currency is responsible for most settlements and in that currency a large part of the commodity is quoted on the world’s stock exchanges. A strong dollar will increase pressure on price reductions due to the income of exporters who will be able to get more national currency weakened to the US dollar. One of the strongest correlations is the relationship between gold and the dollar, which sometimes reaches 80-90%, and the average is around 50%. Strong correlation can be observed between crude oil and the US dollar, but a clear upward or downward trend in the oil market is a precondition. The last example is a sharp decline in oil prices, which began in mid-2014, which ended in early 2016, and which was caused by a large oversupply of this raw material on the market. The strong US currency, which also started to appreciate in mid-2014, has accelerated the price of oil, which fell for several years.

Less obvious is the relationship between the US dollar and the capital market. In general, the stronger US currency should support the bull market in bonds and equities. However, this kind of statement would be very simplistic, since the relationship between the dollar and capital markets can be revealed even at several intervals. The correlation between the dollar and bonds and stocks can not be considered without taking into account the commodity market, and more specifically, inflation. A strong dollar will have a negative impact on the commodity market and hence on inflation and interest rates. The fall in interest rates will lead to a fall in yields and upward movement in bond prices, followed by stock prices. On the other hand, the weak dollar will additionally fuel the commodity market, inflation and interest rates, and consequently will cause a collapse in the debt and equity market. However, this process sometimes takes several years, so you may experience periods of strong US dollar and declines stock market and vice versa. The key is how strongly the dollar’s strength is affecting the commodity market and inflation. If significant, it will sooner or later affect the capital market.

To make things even more complicated, I will add that all markets can go one way. Please do not worry, everything should be much brighter, as we will consider the concept of the business cycle for our consideration. In short, these are periods of expansion and recession occurring in modern economies, which we have observed since about the 18th century. Business cycles are associated with fiduciary money, which is not covered in any bullion, gold or silver. It can be printed in any quantity and in fact it is. The central bank, wishing to stimulate the economy, will increase money supply by lowering interest rates, open market operations and lowering reserve requirements for commercial banks, which will give more credit to these banks, from nothing to increase money supply and stimulate the economy. The central bank will say that the economy is over-racing and presses on the brakes, causing a recession and falling money supply by central banks. Due to business cycles, different asset classes are included in the price, speculative capital flows into different markets. Here is the diagram: 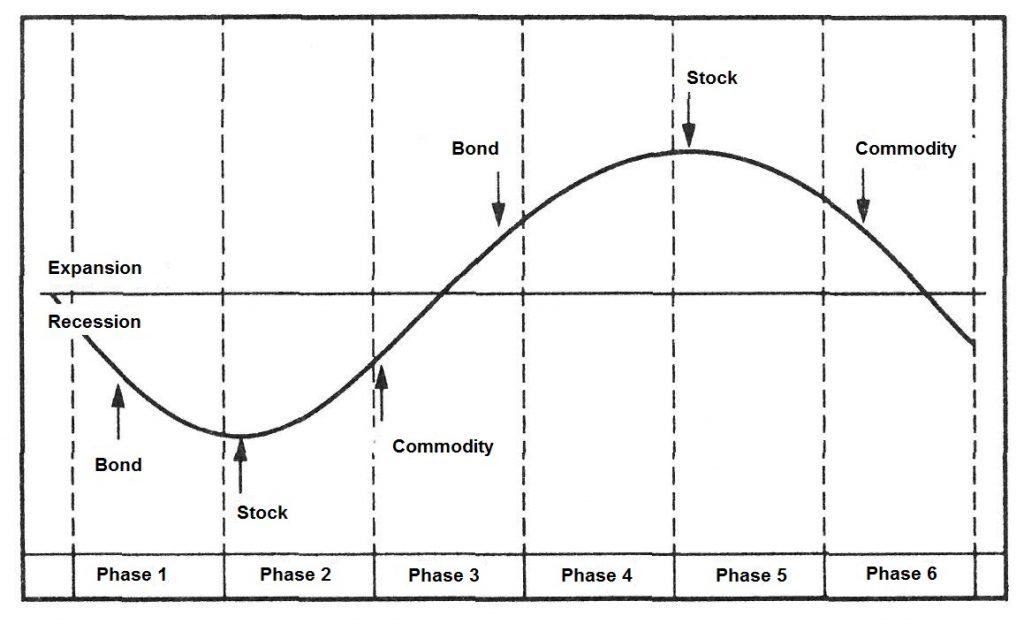 Phase 1, the central bank has hit the brake recession has come, then the same bank begins to lower interest rates, because inflation is falling, or even deflation. As we remember, falling interest rates and profitability are good for the capital market, but so far only the prices of treasury bonds are rising, as investors prefer to choose the so-called safe haven, and in the end, the recession continues. Shares and commodities are still falling.

Phase 2, investors believe that the economy has reached its bottom, interest rates have been very low for some time, so very cheap capital begins to seek higher returns by moving to the stock markets. At this moment, the prices of bonds and shares continue to rise, commodity is still falling.

Phase 3, inflation is rising and capital is looking for markets that are safe from its rising, for example gold. All markets are growing.

Phase 4, inflation-sensitive bond markets are beginning to fall and equity and commodities markets are still growing.

Phase 5, inflation is accelerating, not only bonds but also stocks are falling, commodities are still rising.

Phase 6, again the central bank must suppress inflation and push the brakes, all markets are falling.