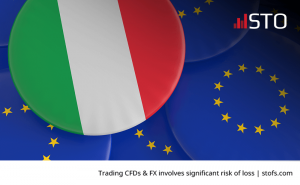 On Sunday 4th March 2018, Italian citizens will vote to elect their next government. Italians are going to elect the 630 members of the lower chamber (Camera dei Deputati) and the 315 members of the upper house (Camera del Senato). The President of the Republic will choose the new Prime Minister, who is, most of the times, the leader of the winning party or coalition.

The 4th March 2018 Italian elections will be held under a new electoral law called “Rosatellum Bis”. The new law is inspired by the German system and requires that each party should get 3% of votes in both chambers to get into the Parliament. Coalitions should get at least 10%. It should be noted that the Five Star Movement or M5S (Movimento Cinque Stelle) and smaller left-wing parties opposed the new law. The reason behind this is that, according to M5S leadership, the new system penalizes political parties that don’t want to enter coalitions with other parties.

Who are the main candidates?

Silvio Berlusconi has served three times as a Prime Minister of Italy in the past and it seems that his age hasn’t reduced his will to influence his country’s political scene. Silvio Berlusconi is the leader of the “Forza Italia”, which is a centre-right wing party. “Forza Italia” has an alliance with “Lega Nord” (Northern League) led by the eurosceptic Mateo Salvini and the national-conservative “Frattelli d’Italia” (Brothers of Italy) party.

Luigi Di Maio is the 32-year old leader of the Five Star Movement (M5S) political party. The M5S is considered an anti-establishment and eurosceptic party and was founded on 4th October 2009 by comedian Beppe Grillo. However, Di Maio, during his election campaign, distanced himself from Beppe Grillo’s views saying that “we don’t want a populist, extremist or anti-European Italy.”

Matteo Renzi, who is currently the Secretary of the Democratic Party (Partito Democratico or PD) served as Italy’s Prime Minister from February 2014 until December 2016. While in power, Matteo Renzi implemented a series of reforms regarding the labour market, the electoral system and the public administration. Matteo Renzi resigned when a reform that would diminish the Senate’s powers was rejected in a constitutional referendum.

How their election could affect the Euro

Silvio Berlusconi faced enormous pressure during his last term as a Prime Minister in November 2011 when the Italian two-year government bond yields climbed a bit higher than 9%. Global markets had tumbled as concerns that Italy could pose a systemic risk to the global economy started to grow among investors.

One of the most ambitious plans of the Forza Italia-Lega Nord coalition is the introduction of a flat tax for individuals and businesses in order to help the economy strengthen. However, according to the last polls allowed to be published ten days before the 4th March 2018, the coalition is expected to fall short of a working majority. This would mean that further talks would have to take place with political uncertainty always being one of the main reason of the euro’s weakening.

The Five Star Movement (M5S) and its ideas about the future of Italy in the European Union (EU) had been a reason of concern among pro-EU politicians. Luigi Di Maio appears to be more moderate than his predecessor, Beppe Grillo. Di Maio told CNBC (Consumer News and Business Channel) reporters that if he becomes Prime Minister, he won’t consider having a referendum on Italy’s membership in the EU. He also said that he would be willing to discuss forming a coalition government with certain rival parties. Economists suggest that, despite the change in approach towards the EU, the euro-sceptical position of the party could make the euro weaken if the M5S wins the first place.

Trade with STO on the most active European shares>>>

Matteo Renzi’s Democratic Party is not expected to be the winner in the 4th March 2018 parliamentary elections. However, Matteo Renzi and Paolo Gentiloni, who is the current Prime Minister and a member of the party, are known for their positive attitude towards reforms. The participation of the Democratic Party in a coalition government would be welcomed by the EU leadership as it could work as a guarantee for the implementation of more reforms. Such a result could be beneficial for the euro and could reduce market volatility.

STO enables its clients to trade on the most active shares on the Italian and German stock markets. Over 100 CFDs are at the trader’s disposal to choose from and form his trading strategy. STO also offers advanced trading tools such as Expert Advisors (EAs) and Chart Indicators in order to assist its clients in making the best possible decisions regarding trading.