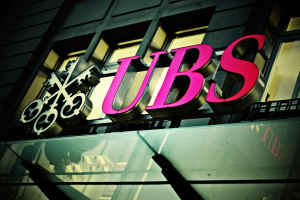 Mr. Anderson was the Chairman of KPMG’s Global Financial Services Practice from 2010 until November 2017. He has spent over 30 years working with the banking and insurance industry in an advisory capacity, covering a broad range of topics, including strategy, audit and risk management, technology and operational transformation, mergers and bank restructuring. Mr. Anderson was appointed to lead KPMG’s UK Financial Services Practice in 2004, taking European leadership responsibilities in 2006 and global leadership in 2010. Prior to that he served as a member of Atos Origin’s Group Management Board and as head of its UK operations after Atos acquired KPMG Consulting UK in 2002. Mr. Anderson led KPMG’s UK Consulting business as CEO from 1999 to 2002, having previously been a partner in its Financial Services Business.

Throughout his career he has focused on technology developments in the financial services sector, working on the modernization of banking systems and operations, and sponsoring the KPMG Global Fintech Network.

UBS Chairman Axel Weber commented: “On behalf of the Board of Directors, I am pleased to announce our intention to nominate Jeremy Anderson for election to the Board. Jeremy draws from an excellent global network and decades of financial services experience and a deep expertise in audit, risk and regulatory topics, all of which will further strengthen the Board’s composition.”

Mr. Anderson holds a BSc in economics from University College London. He is a UK citizen. Currently, he is a trustee of the UK’s Productivity Leadership Group. He was previously a Commissioner of the UK Commission for Employment and Skills and a Chairman of the UK National Employment Panel.