The KNF will spend PLN 1.75 million on TV spots warning against Bitcoin and Forex
The Polish Financial Supervision Authority (KNF) is launching new activities as a part of the campaign warning against cryptocurrencies, the Forex market and financial pyramids (Ponzi schemes). In the case of the first, however, the regulator wants to discuss with representatives of the industry, inviting, inter alia, Sylwester Suszek, president of the Polish BitBay exchange, which begins his move to Malta.

KNF wants to talk and … still warns against Bitcoin

Despite the change in the approach of the government to the cryptocurrency and blockchain matters, as evidenced by the establishment of a working team to identify potential opportunities and threats resulting from the use of these technologies, the KNF intends to continue its warning campaign.

According to the information provided by “Dziennik Gazeta Prawna” (Law Daily Newspaper), the supervisor is about to spend PLN 1.75 million on radio and television spots and PLN 615k for a parallel campaign run on the Internet. Late last year, the regulator has already invested a lot in the “Watch out for cryptocurrencies!” campaign conducted in cooperation with Polish YouTubers. In the course of this “informative effort”, the KNF intends to discourage citizens from investing not only in Bitcoin and its derivatives but also in the Forex market. A spokesman for the KNF, Jacek Barszczewski, explains that the aim of the campaign is to draw the attention of those wishing to invest in a fraudulent model of operation of some entities on the cryptocurrency market and derivatives.

As part of the new action, in a period of about a month, television stations, radio channels and websites will present information spots, in which the main role is played by Piotr possessed by a “bubble of investment illusions”, which is a direct reference to speculative bubbles. Piotr prides himself on expensive brands, cars and prosperous life, but everything is an illusion because Piotr’s savings have been invested in dangerous investments. The spot in the last part asks what will happen to the main character, as well as the recipient of the advertisement when the bubble finally bursts. As we have already informed, the KNF has announced a tender for the implementation of a social campaign warning against the lethal impact of risky investments. Less than two weeks later, sources indicate that the entity managed to prepare at least a preliminary project.

The campaign will also be used for the self-promotion of the new KNF product, namely a mobile application allowing investors and citizens to check the legality of a financial entity entrusted with private funds.

Not only cryptocurrencies, Forex is also inappropriate for Poles 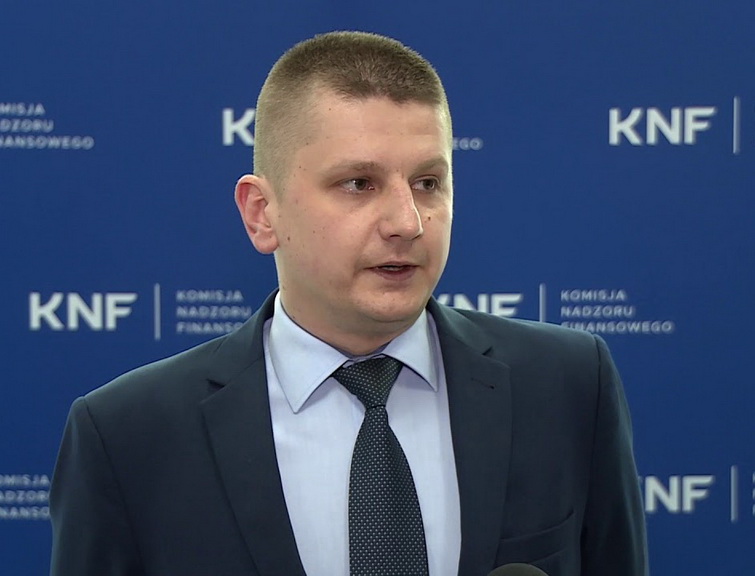 The regulator, in the latest campaign which was handled with use of three main media types, wants to discourage not only to invest in cryptocurrencies, but also to invest in leveraged markets, such as Forex and CFDs.

Barszczewski directs allegations mainly towards financial leverage, which now allows to trade one hundred times more capital than actually owned in deposit. He also addresses illegally operating brokers without appropriate licenses, aggressive marketing and attempts to use information and technological advantage in order to gain an advantage over investors or even market animation.

It should be remembered that the KNF tried to limit the leverage on the domestic market even to 25: 1, which, however, met with loud opposition from the industry. This was finally maintained at 100: 1, and for new clients (who do not have completed at least 40 transactions over a 24-month period), it is to reach a maximum of 50: 1.

Avalanche of criticism towards KNF

Polish trading communities went ballistic on KNF plans with accusing market supervisor of wasting taxpayer’s money to scare people off of the technology perceived by more and more corporations and countries as future. While we hear every day that new countries join the club of those interested in cryptocurrencies, and new corporations start R&D in this field, Polish government agency is using tax money to actually do the opposite, to discourage people from touching this matter.

KNF’s second attempt to warn people about risky investments happened to come in a very weak moment when Polish public opinion is outraged because of huge fraud that took place on Warsaw Stock Exchange. Company named Getback is going under while having over 2,5bn PLN (~700mln USD) of liabilities towards bond holders, and loss of over 2bn PLN (~600mln USD) in market cap for its shareholders (we will have separate story on that soon) after agressive sale of those securities made by banks and brokers. In such circumstances, people view supervisor’s efforts against cryptocurrencies and Forex as grotesque.