Home Brokers Admiral Markets What Is the Santa Claus Rally?

Have you ever heard the trading term “Santa Claus Rally”? If not, please allow let me to elaborate.

The Santa Claus Rally is a historic phenomenon, almost considered a myth, which happens in the Western markets during the trading days between Christmas and New Year, where stock markets tend to rally.

According to the Stock Trader’s Almanac, the Santa Claus rally has yielded positive returns in 34 out of 44 holiday seasons between 1969 and 2013. This phenomenon usually happens in the last five trading days of the year and the first two trading days after New Year’s Eve. The average cumulative return over these days is 1.6%, and the returns are positive in each of the nine days of the rally, on the average. Nevertheless, each year there is at least one day of declines.

I personally think it happens due to the so-called January Effect, as retailers would normally do better due to the Christmas and New Year sales. There are more reasons to it: 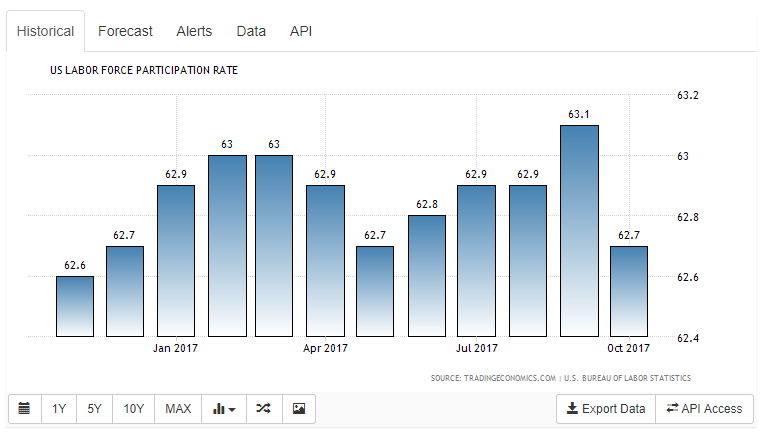 The chart above shows us that the participation has been steady in 2017 with minor ups and downs. A larger participation rate equals more people being employed, which results in more consumer spending. Consumer spending is the largest part of aggregate demand at the macroeconomic level, and it represents acquisition of goods and services by individuals or families. Consumer spending generally rises during the holiday season, as people tend to spend more, which can also boost the stock market.

A rise in the stock markets and equities is reflected in inflation. You might be wondering why we need inflation. Inflation is needed for equities to climb even higher. Basically, inflation means that goods and services are being priced higher. Conversely, it provides more revenue for companies, but on the flip-side, it can mean more costs for companies, too. The CPI (Consumer Price Index) is a great gauge of inflation, and US inflation surged again after the hurricane season boosted gas prices. The consumer price index rose in both September and October, being the largest in several months.

Investors tend to take some profits before the holiday season. It means that the stock markets are subject to a seasonal effect, where they usually take their profits before the holiday season. Remember that each close of a sell position is an automatic buy in the market. If the majority of big investors pull out the money from the markets, it will spike up the price. Don’t forget that share prices often follow a seasonal trend at the same time of the week, month, or year as a certain number of traders in the market declines and expands. Additionally, the technical analysis makes it likely that those historical patterns are repeated and aligned with the now moment.

If you fancy trading the Santa Claus Rally, we recommend you familiarise yourself with the potential risks involved with trading and also encourage you to practise your trades and any new strategies on a free Demo account, with virtual funds. Try it out today!

On December 3, 2017, we saw a gap on most equities, followed by possibly the most substantial US tax overhaul since the 1980s, whereby the US Senate gave a significant boost to the USD. The corporate tax rate is likely to be cut from 35 to 20 percent. Following the 51-49 vote. Talks are likely to begin next week between the House of Representatives and the Senate, which has already approved its own tax bill. The two chambers should find a way to craft a single bill to send to President Trump to sign into law. 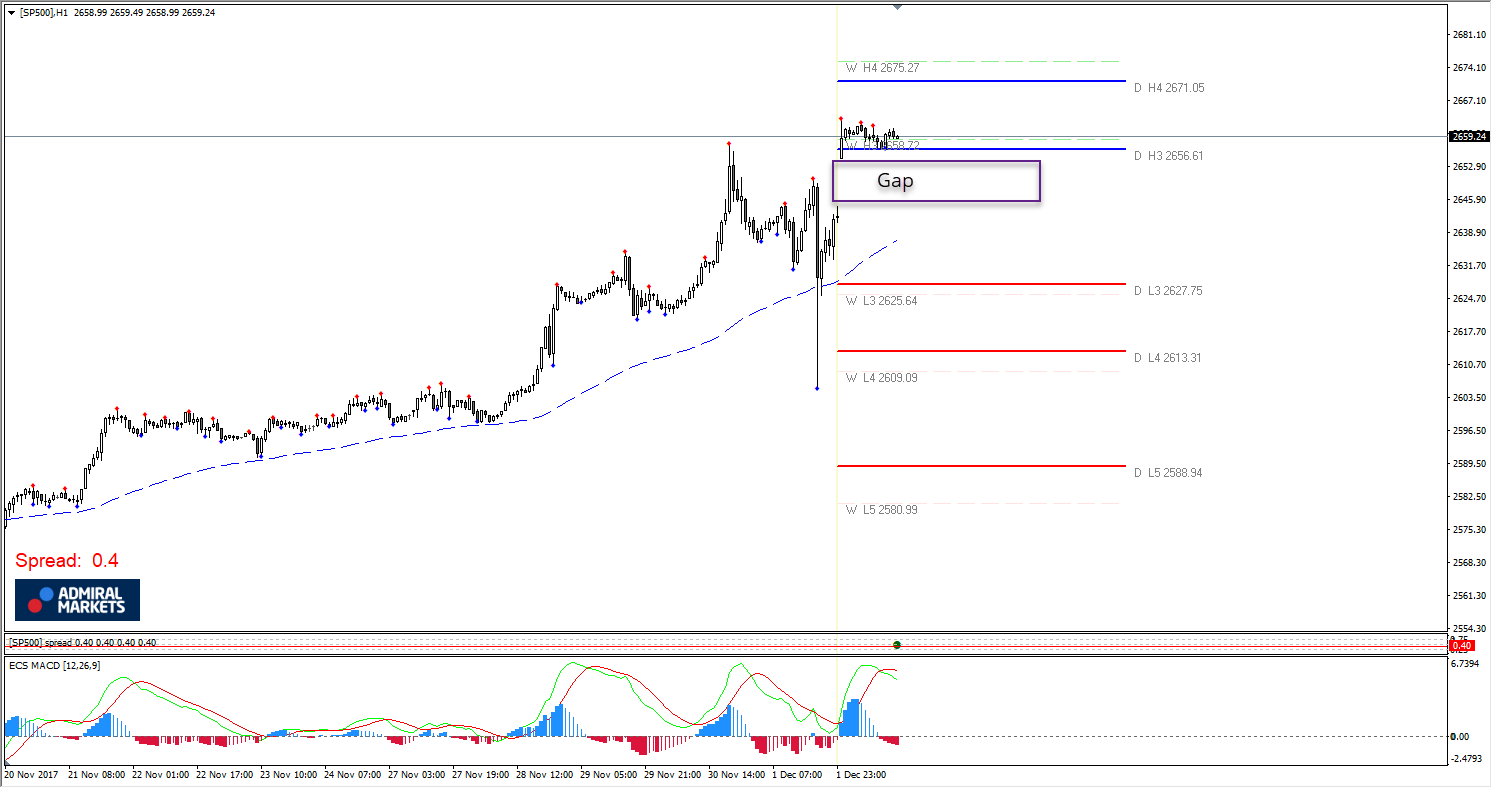 After the announcement, the effect on SP500 was an immediate spike on the price. It had a similar effect on the DAX30 and JPY225 – the popular Nikkei. 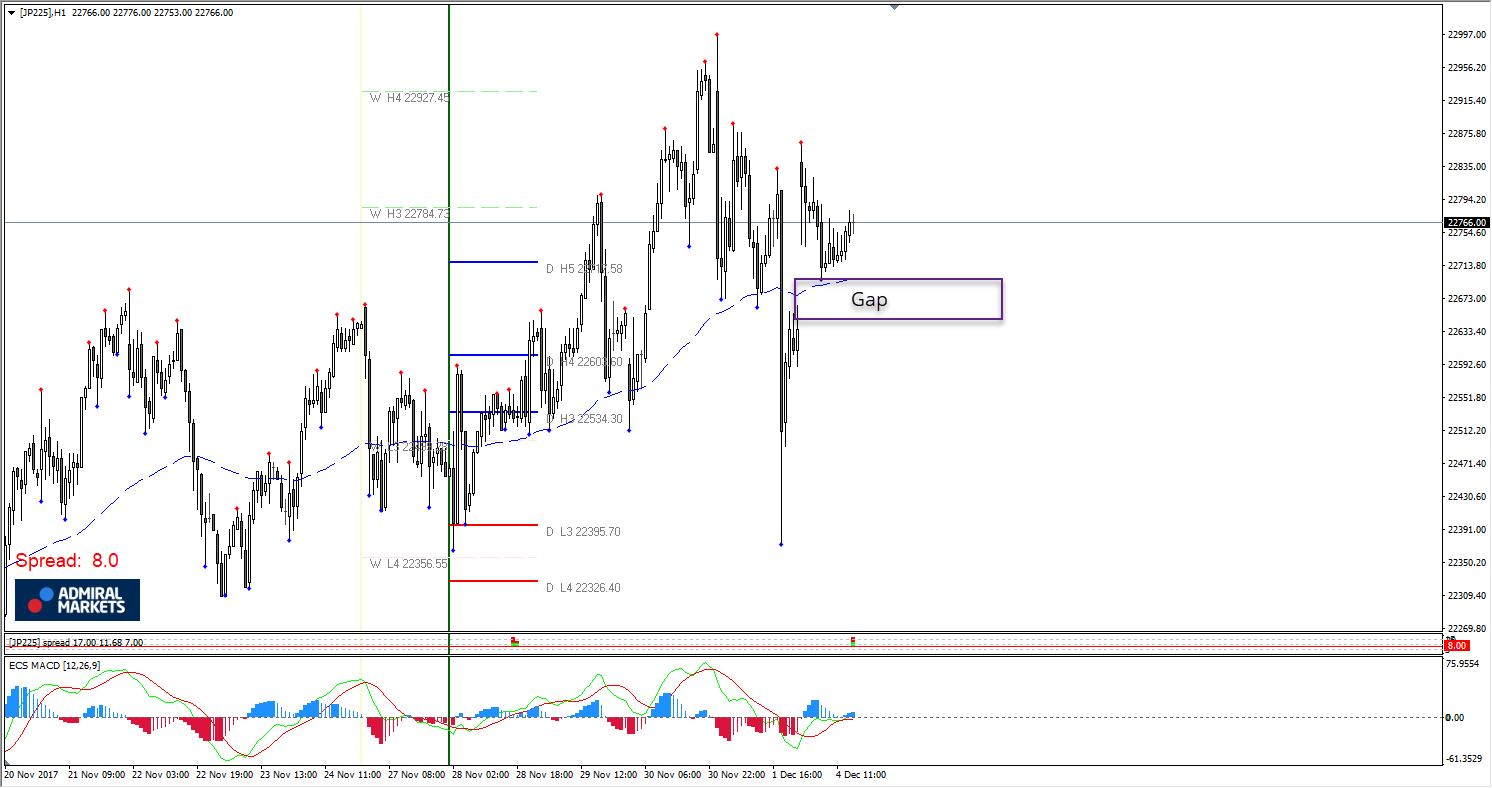 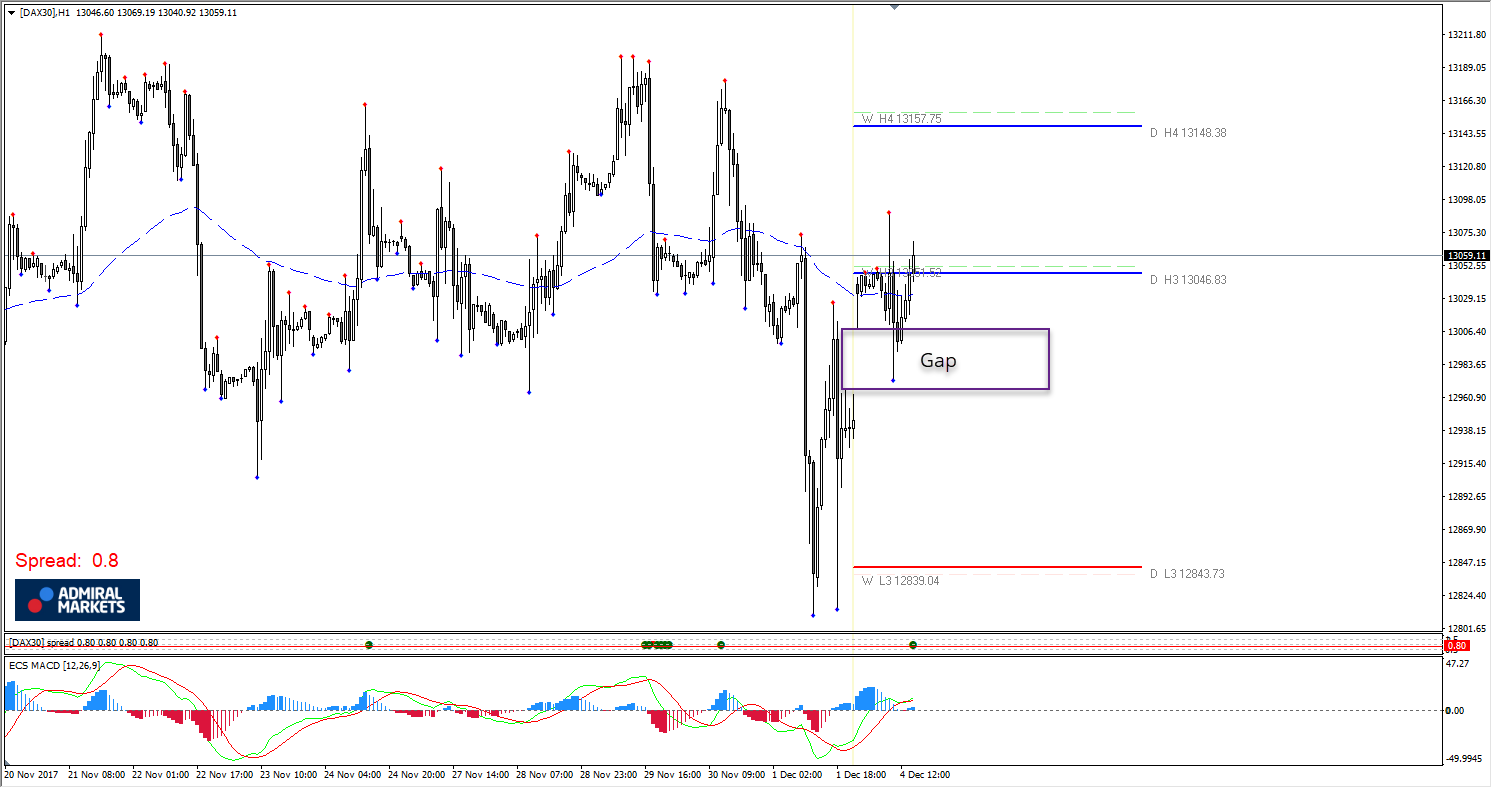 Most indices are positively related, and similar outcomes may occur across other equities markets, particularly those that celebrate the same festive seasons – Christmas and New Year. My best advice is to watch out for what technical analysis has to say.

If you’d like to find out more information about many different aspects of trading, try checking out our education section.

It might also be a good idea to check out Admiral Markets’ latest Christmas campaign and try to jump the train. Buying the dips on equity and stock CFDs could be just a step away!