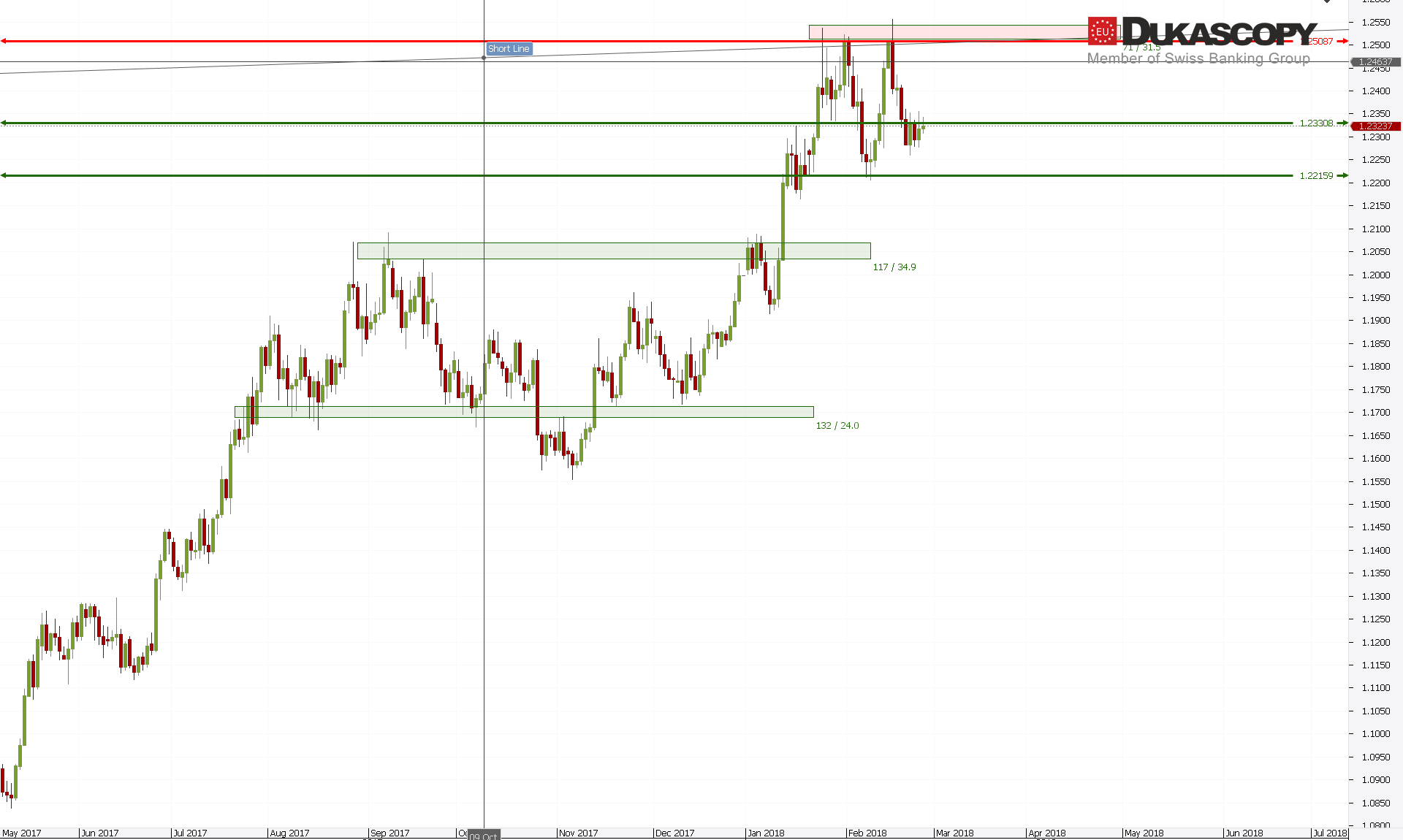 EUR/USD remains closed between two levels. We still do not know whether the movement we have been watching lately is a harbinger of a larger correction, or whether the pair will be moving for a longer time in consolidation. Currently, the pair is testing the resistance line and if rejects it, we should see a movement towards the last low. There, it should be clarified if the pair is going to test the key support, which is 250 pips below the current level.

On the Ichimoku chart, the pair is in a typical consolidation. On the daily chart, we see a dead cross emerging, which is a very weak sell signal. The Chikou line is slowly approaching the price and may reflect it, so possible positions can be considered after defeating it. The Kijun line continues to grow, which, with falling Tenkan, suggests consolidation and indecision.

The sentiment remains unchanged for a long time. I do not see the possibility of playing on this pair yet, so I remain on the side. 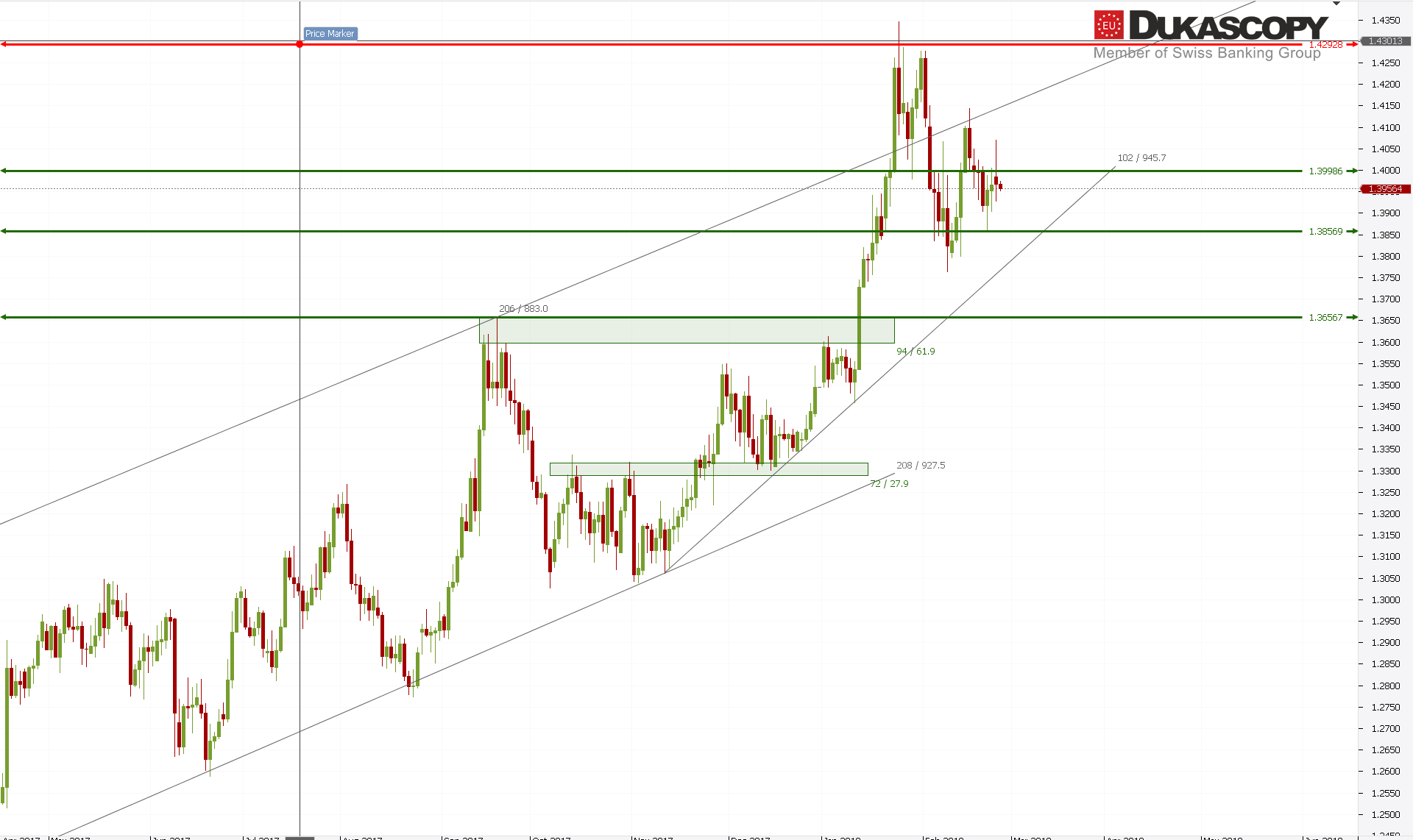 GBP/USD also remains in consolidation. However, in contrast to the EUR/USD pair, we see some bigger moves. It was still not clear whether the last increase from the low is a wave of 1A or the C wave in an irregular correction. The current drop does not look like an impulse, although the pair have rejected with distinctive Pin Bar resistance level, we are no longer seeing the continuation of the move. The trend line and the last low seem to be key. If the levels are not defended, we should see a decrease towards the key support zone.

The Ichimoku chart is deliberately similar to the situation in the EUR/USD pair. Consolidation begins to resemble a triangle and is closed between two lines.

Sentiment changed. Since yesterday, we have seen a slight change in attitude and an increase in long positions with a simultaneous reduction of shorts. You can see some of the players are focused on breaking the top of consolidation and continuing growth. From a wave point of view, such a scenario is possible. The current side movement can be treated as the fourth wave of the recent upward wave. 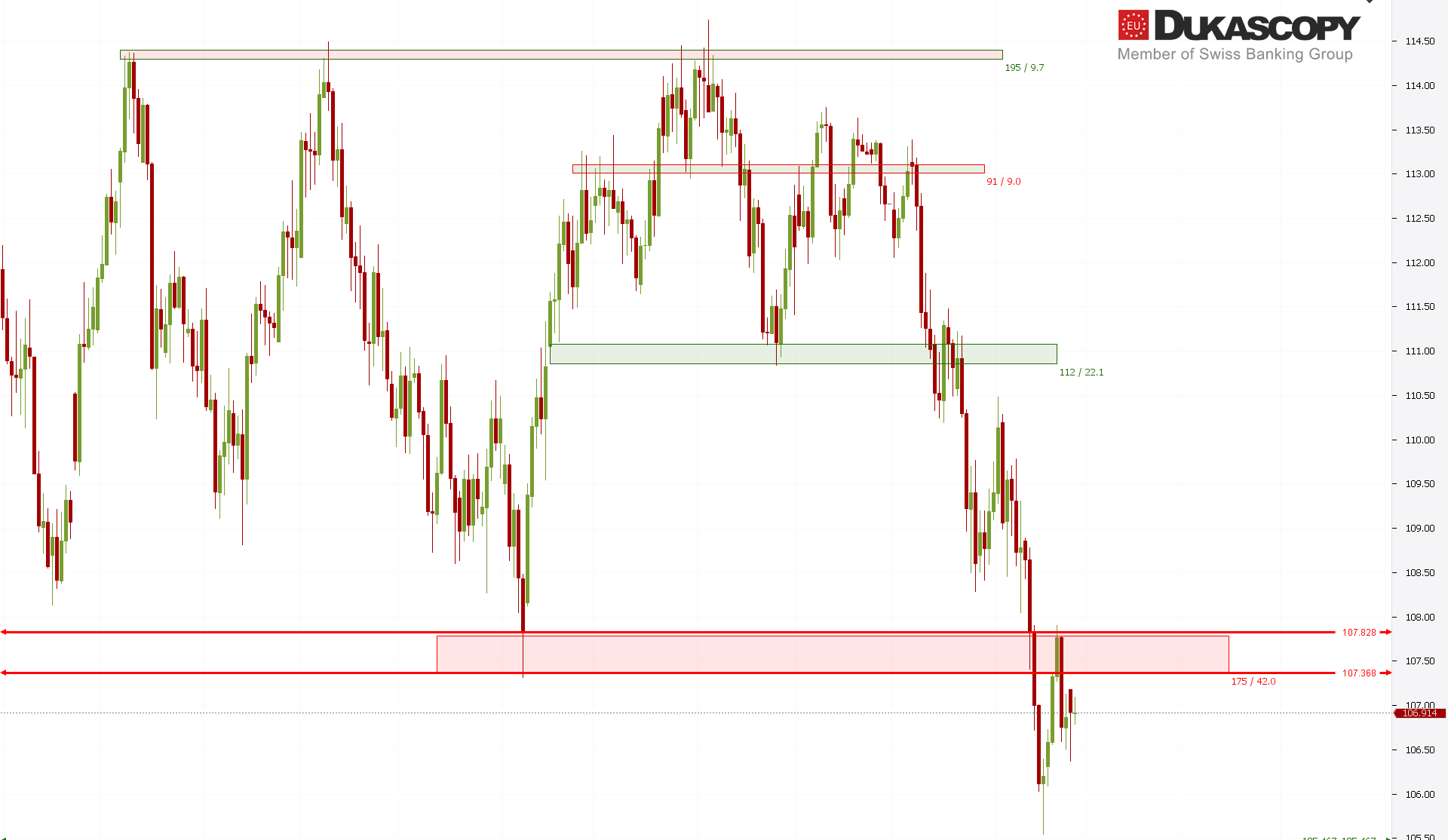 The USD/JPY rate remains under the key resistance zone. Its defeat will allow for a larger upward movement. For now, the pair can not deal with it and we have been watching lateral movement for several days. From a wave point of view, the current correction should fit into the fourth wave of the third wave. Therefore, we should still see continuation of declines.

On the Ichimoku chart, the pair is fighting with Tenkan line, which is a support for the price. If the pair manages to protect her, it will be possible to move towards the Kijun line. This line is still too far away from the price.

The sentiment has recently changed only slightly. We see a slight increase in short positions. Currently, there is no proper setup, so I stay aside.