Silver defeats the canal support. What are the goals for the bears?

The silver price in relation to the dollar (XAG/USD) set a new high in February, which only touched the previous maxima at 16.17. As a result of this increase, the pin bar formation was created, which pushed the quotations to the level of 15.76.

As can be seen in the day chart below, the silver tried on Wednesday to reach a resistance at 16.17, but unsuccessfully. The support of 15.76 was broken until the end of the trading session.

Another wave of declines appeared yesterday. The sellers first tested the defeated support and then managed to overcome the lower limit of the declining channel, about which I wrote on Monday. 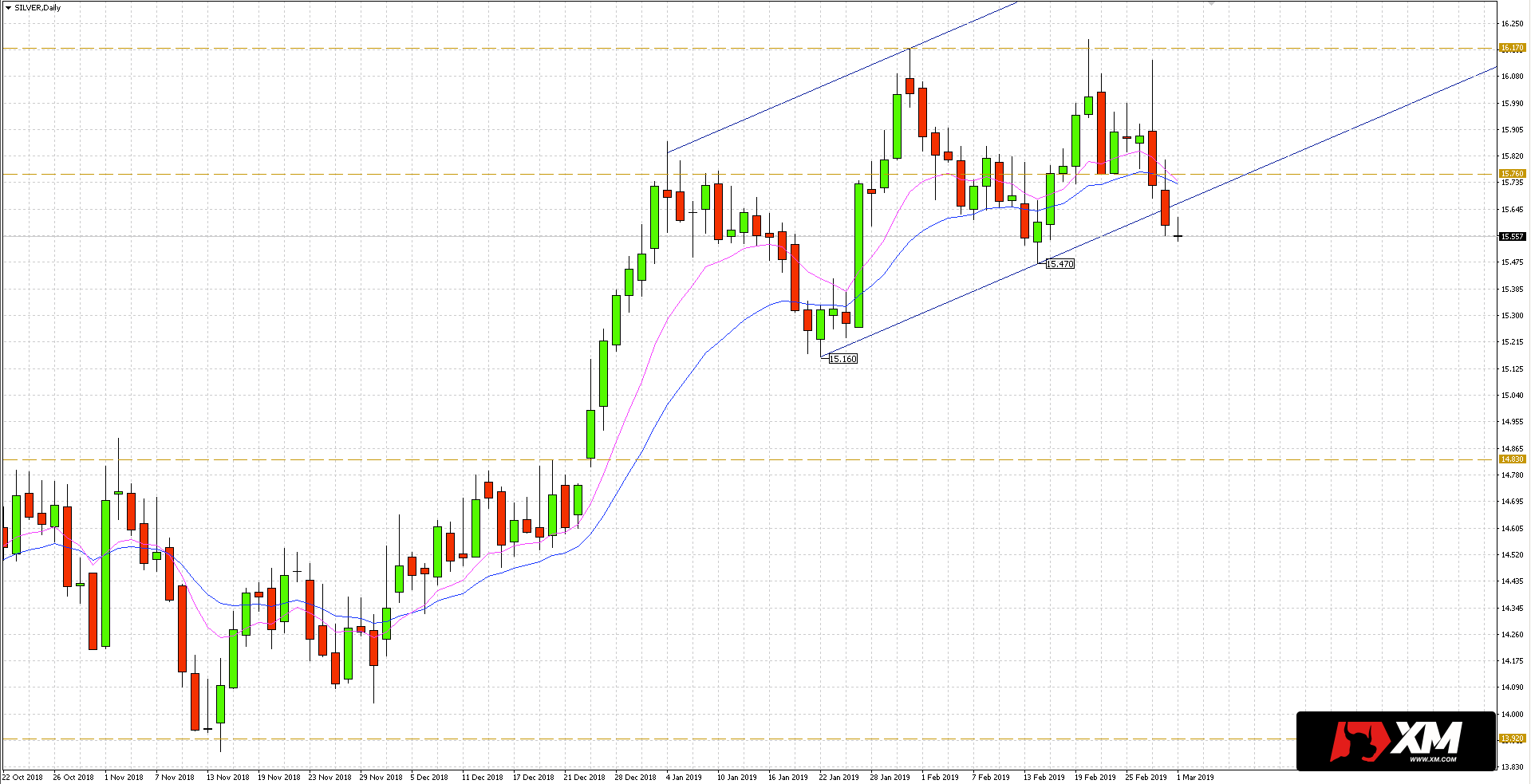 Such a development of the price on the chart opens the way for further reduction towards the key support of nearly 14.83 USD. However, before the price is able to get there, there are still levels of the last lows in the channel at 15.47 and 15.16 USD.

In case of correction, it is worth observing how the test of broken channel support and / or horizontal resistance at USD 15.76 proceeds. If the session closes above the zone created by these levels, the bearish attitude will be questioned.