The US dollar to the Mexican peso past week rebounded from 17.97. The increase was so strong that the buyers easily overcome the key resistance zone 18.30, which previously acted as support.

However, after a three-day strong boost, the pair stopped at 18.95. As can be seen on the daily chart below, on Wednesday there was an attempt to break the resistance, but until the session was closed, all of the profits were given back, and as a result, a bearish pin bar formed pointing on a potential reversal. 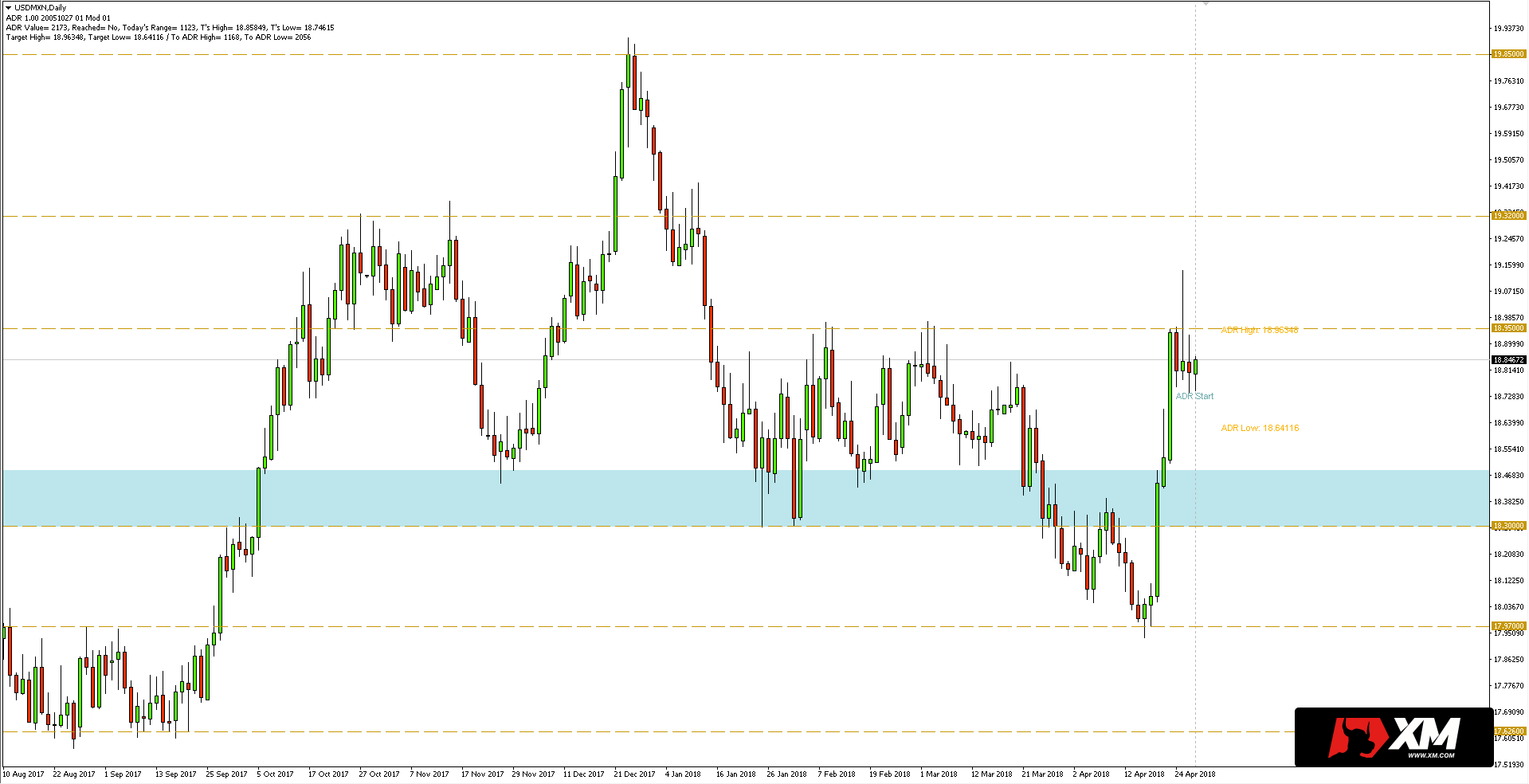 Writing about the reversal, I mean at least the movement correcting the recent increases. However, I would look for additional confirmation here on the 4-hour chart. There, as we can see below, the prices respects local support close to 18.75.

While the pair stays above the local support mentioned above, there is a risk of breaking effectively the resistance at 18.95 and the maximum of the current week. However, if it is broken, there will be more potential for movement towards key support at 18.43 – 18.30. 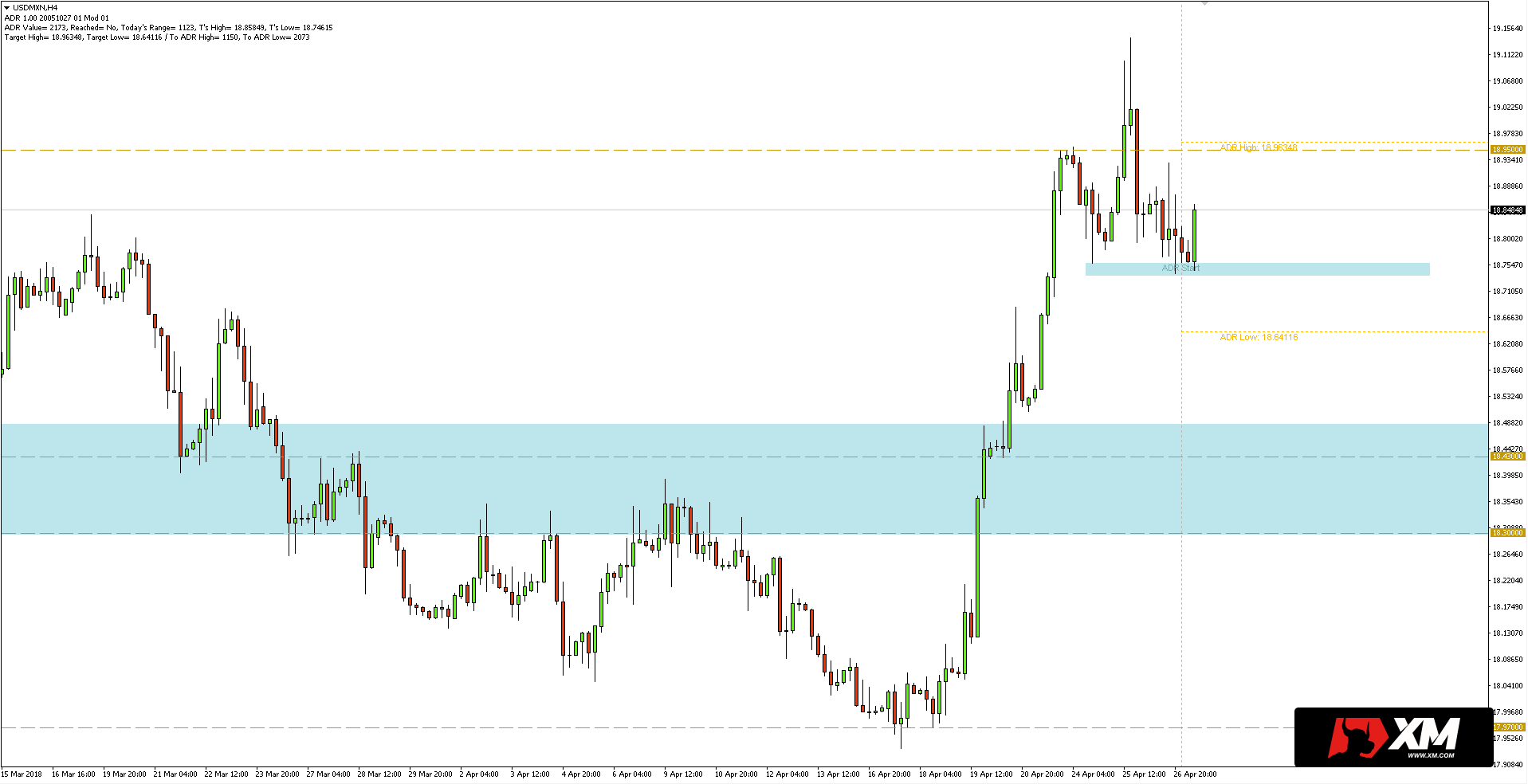