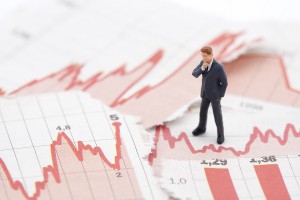 In yesterdays European session review we informed about problems of Iraq to complement the provisions of November’s OPEC decision. In result of this insubordination we saw big declines in raw material prices. The situation wasn’t saved by the latest data from API. On Wednesday, January 11 oil again found itself in the spotlight.

The Asian session passed quietly – there were not published any important from the point of view of the market macroeconomic data. The afternoon drop in oil  pushed oil prices so low that even worse than projected estimates of API failed to trigger another wave of sell off.

API points that growth of US reserves of black gold in the last week was equal 1.5 million barrels. Earlier market forecasts oscillated around the healthy growth of just 900,000 barrels after last week’s decline of over 7.4 million barrels. Yesterday’s sharp decline of 140 points means that today’s session begins with weak growth:

A slightly different topic – although remaining at recent macroeconomic events – today’s edition of the Italian La Repubblica once again raises the issue of the bank Monte dei  Paschi. Problematic for the whole of the Italian bank sector is set to receive just over 6.6 billion euros of state aid. Those are not funds from the European Stability Mechanism, but from Italian taxpayers – newspaper reported. It seems that the problem of the Monte dei Paschi has been solved, and certainly resolved for a long time. The common currency gained slightly at the opening session against the pound, but the pair has problems to get back above Fibo abolition of 23.6:

What are we waiting for?

Today will be a bit more interesting day in terms of the number and weight of planned macroeconomic publications.

Already at 9:30 GMT we will look towards the UK, which will publish latest (November) data on industrial production. In addition  public will be forwarded data on the November trade balance.

For further important information we will have to wait until 1:15 PM when we will know the change in the number of housing starts in Canada. After  last revision to the level of 187.3 thousand market forecasts estimate the height of the December index at 195 thousand.

At 3:30 investing in oil will closely follow the latest EIA data on changes in the level of US inventories of this raw material. After yesterday’s API estimates, today’s forecasts of the most important component of the report, namely crude oil inventories are at a level of 1,162 million barrels.

At 6:00 probably the most important event of this day will start – speech of the president-elect Donald Trump. The market will try to find out on what Trump can focus in his speech, but as of now, it is certain only that the words of the new American president will be carefully listen by investors from all over the globe.