X-Trade Brokers informed today about changes in the company’s management – after two years COE Jakub Malý was dismissed, temporary the CEO of the company will be the owner of the broker – Jakub Zabłocki.

“Not enough pace of development”

It is worth to notice that in the beginning of May XTB had a debut on Polish stock market – GPW. This decision was supposed to involve perspectives of dynamic development. As we could see in quarterly and half-year reports published few month later, the company was still losing and in pair with that stock price was falling. In Q3 2016 net profit had shrunk by more than 90%.

Less people in the board, the owner as new CEO

Supervisory Board decided that Management Board will have 5 people and the new member of it will be Omar Arnout (connected with XTB for many years, currently regional director of XTB in Poland, Germany, Hungary and Romania). He became new Board Member of Sales as Vice-CEO. The other new member is Filip Kaczmarzyk (since May 2015 he was Director of Trading Department in XTB) who became Board Member of Trading.

“The target of the board for the next few quarters is to enhance Company development by expanding customer base, development of products , further penetration of existing markets and increasing further expansion to new markets. Additionally situation on the financial markets in Q4 2016 was favourable to us. We observed high volatility of important for us instruments which is currency pairs EURUSD and GBPUSD and also on CFD instruments such as DAX index, oil and gold” – said Jakub Zabłocki.

XTB since beginning of trading – today before start of the trading price gained 1%: 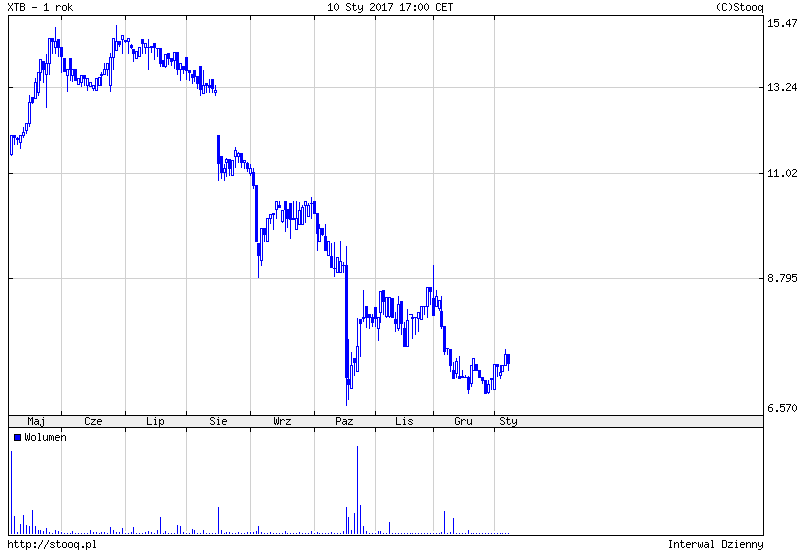 “Changes made both in Supervisory Board and Management Board are strategic and temporary at the same time because their purpose is to immediate intensify development processes and continuity of key operational activities of the Company until new CEO will be appointed. Thanks to that the acquisition of duties in the Board will be smooth and operational activities of XTB will not be disturbed” – adds Jakub Zabłocki. 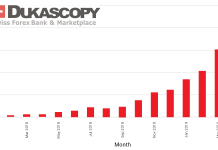 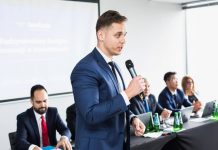 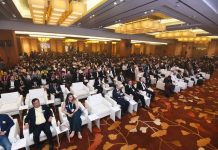